Learn how cluster-based economic development helps us shape our economy and prioritize investment to make the biggest impact possible on furthering our city and region.

In 2015, the newly formed Greater Wichita Partnership adopted the Blueprint for Regional Economic Growth (BREG), which was developed in 2014 and published in 2015 by Wichita State University, the Wichita Regional Chamber of Commerce, Downtown Wichita, Sedgwick County and regional partners from across 10 counties in South Central Kansas, including members of the Regional Economic Area Partnership (REAP).

This blueprint was built to capitalize on competitive advantages found in the region and to focus recruitment efforts on industries already present and growing. It defined eight industry sectors, or clusters, which each have their own growth strategies. They include:

After three years in action, BREG has reached a turning point. Industries have shifted, national trends have developed and technologies have evolved. The region has to re-evaluate its priorities so it won't be left behind.

In February, the Partnership, along with other regional partners, brought in Market Street Services, an economic consulting firm specializing in cluster-based economic development, to help create a way forward for BREG and the Wichita region.

But first, let's talk about cluster-based economic development, in general.


WHAT IS A CLUSTER?

The International City and County Management Association (ICMA) defines clusters as "geographic concentrations of competing and collaborating firms that tend to produce innovation and higher than average wages."

In other words, a cluster is a group of related businesses that contributes to a healthy economy — providing good jobs, high wages and new technologies that expand the economy. 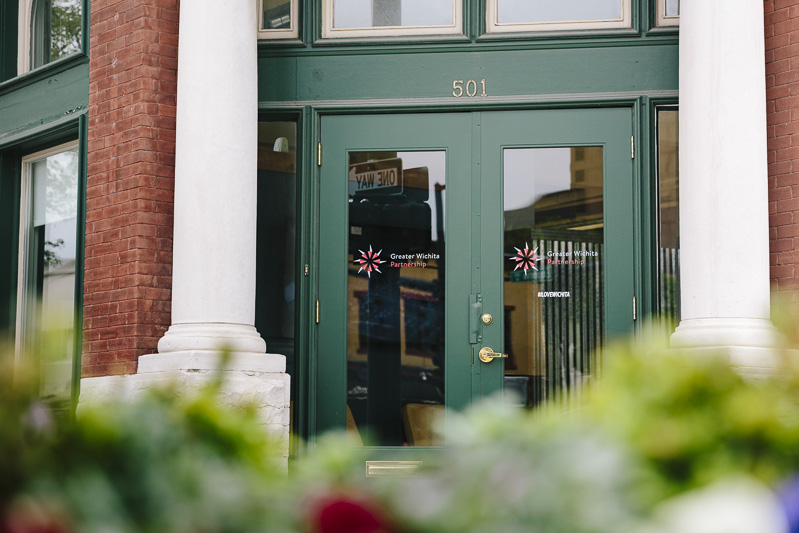 They also help define target industries where a competitive advantage exists so the region doesn't waste time and investment on long shots.

"Clusters are really a way to look at your economy and see your advantage," says Andrew Nave, executive vice president of economic development for the Partnership. "Because across the country and across the world, ... there are certain things that are more competitively produced in certain locations, whether it’s geography, labor force — there’s a whole slew of factors that can make something more competitive in one location versus the other."

Cluster-based economic development is all about improving the performance of key clusters within your region so they succeed, grow and attract similar businesses. The interconnectivity of clusters also provides the opportunity for an economy to gradually expand. For example, communities specializing in aviation manufacturing could, in theory, become a hub for other types of specialized manufacturing because of the skill and capital already developed.

As the economy evolves, it's important to re-evaluate which clusters economic developers should target. New innovations and technology disrupt industries all the time, so it's vital that cities and regions keep up in their recruiting efforts to find a role their region can play in the disruption.

Enter Market Street Services. The Partnership, along with regional partners and community stakeholders, hired them in February to take a look at the BREG clusters and recommend new ways to organize the regional economy. Official recommendations won't come out until late this year, but so far, the new strategy is all about finding new ways to leverage competitive advantage.

Jack Welch, the former CEO of General Electric, once said, "If you don't have a competitive advantage, don't compete."

"That's kind of the reality," he says. "It's about breaking through the noise, and it has never been noisier."

To break through that noise, the Wichita region has to specialize — like they already do in aerospace. But finding those specialties can prove difficult as technology disrupts and shifts.

Pearlstein says cities often follow the trends, trying to attract the hottest new industries and technologies. For a while, it was biotech. Then nanotech. Now, it's artificial intelligence.

"There's a certain sense of herd mentality to these things," Nave says. "This process will help us not do that." 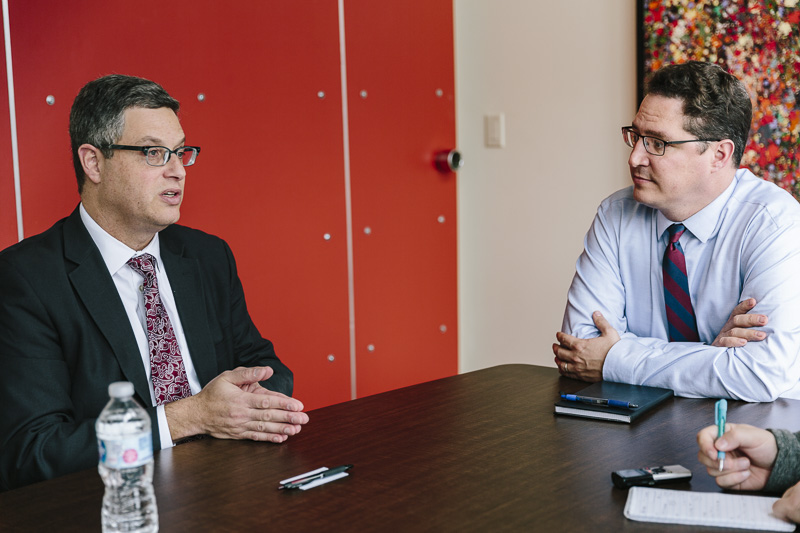 Instead of going after the fastest-growing industries, cluster-based economic development seeks distinct advantages in niche clusters other cities aren't competing for — or can't compete for as well as you can.

But that doesn't mean you avoid things like artificial intelligence completely. Sure, going after the general AI market as a whole may be a waste of resources, but Pearlstein says many of these technologies are becoming "platform" technologies, which will play a role in almost every sector. It's less about going after these specific sectors and more about finding a way to integrate these technologies into existing clusters.

"Artificial intelligence is becoming one of those technologies that will probably have applications in every sector," Pearlstein says. "How can artificial technology be applied to aerospace?"

Talent has become probably the most competitive criteria for economic development.Alex Pearlstein

To find these niches, Pearlstein and Market Street Services are conducting surveys, focus groups and interviews with industry and civic leaders from across the region, attempting to get a feel for where the economy is heading. From there, his firm can help guide BREG's next chapter.

But it's not just about finding the sectors for which your city can compete. There are certain factors that impact every sector — the most important of which is talent.

"Talent has become probably the most competitive criteria for economic development," Pearlstein says. "It's more about what kinds of amenities do you have, are you inclusive, do you engage different generations in your leadership?"

So while economies have to find niche sectors to build their clusters on, they also have to be proactive in attracting talent so that those clusters actually have the opportunity to grow. That investment has to expand beyond the companies themselves.

The Greater Wichita Partnership and BREG are fairly young. Both recently celebrated their third birthdays. While Wichita may be a bit behind cities like Des Moines in terms of setting up organizations, it's ahead of most when it comes to developing a regional mentality, Pearlstein says.

And he would know. Market Street has provided economic development consulting in more than 160 communities in more than 35 states. They've done several projects just in Austin, turning a victim of the tech bubble into the thriving cultural and economic center it is today.

It has taken 30 years for Des Moines to become Des Moines. This is not an overnight thing.

Wichita, he says, is on the right track.

"We have not heard a lot of negativity," Pearlstein says of initial meetings with regional partners. "We're hearing positive things about the trajectory and importance of regionalism, so certainly further along than it was in 2015."

That being said, the economic development game is a slow burn. What may seem like an overnight success actually takes decades of groundwork. And we're just getting started.

"It has taken 30 years for Des Moines to become Des Moines," Pearlstein says. "This is not an overnight thing."