Learn more about the purpose of open data and the community of technologists working to bring government services, technology and information into the modern era.

For many of today's companies, user experience is king. The latest technology is used at every stop to make sure customers can operate a service intuitively with as few headaches as possible.

This can't always be said for the government.

"And that’s a problem, because a lot of people — everybody for that matter — rely on government services for something," says Seth Etter, a software developer who works for the OpenGov Foundation and founded Open Wichita, a community organization focused on using technology to drive civic change. "Why is it that, when you go to pay your water bill, you’re using this terrible system that doesn’t work half the time, but you go to pay your Spotify subscription and it’s the most beautiful user experience in the world?"

Bridging this technology gap between the private and public sectors is the main focus of national non-profit Code for America and its locally affiliated brigade groups, including Open Wichita. 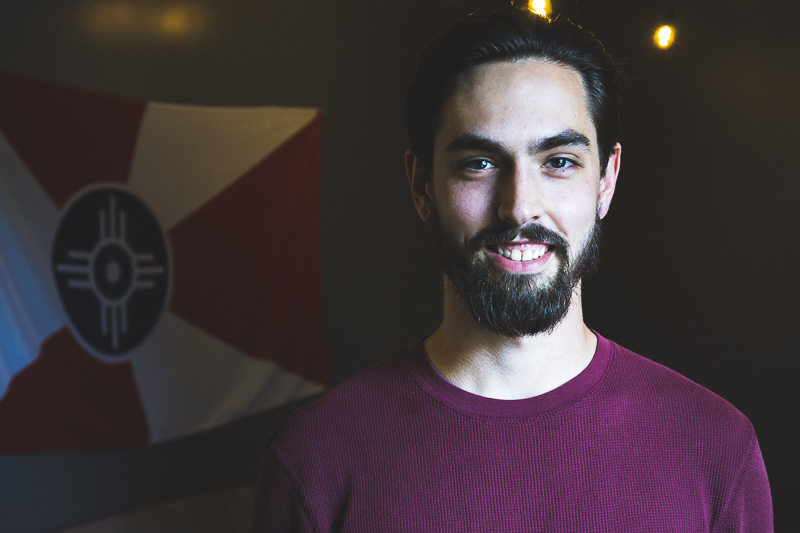 
Etter says these smaller, mostly volunteer brigade groups can be much more experimental and nimble in their own city governments than a national group could be with the federal government. Each group finds challenges within their own communities and tries its best to solve them with technology.

One way to discover these challenges is through open data, or government data collected and then publicly distributed for groups like Open Wichita to analyze and digest.

Open Wichita works in conjunction with the City of Wichita and Wichita Police by pushing for more data to be published from government servers, allowing more people to see the data and then use it to conjure innovative solutions for Wichita's future.

Government data is collected and distributed everywhere you look, from traffic citations to the times and locations of public meetings. Sometimes this data is easy to investigate and digest, and sometimes it's virtually impossible.

Sharing this data in a way that makes it easier to analyze and use alongside technology is what Open Wichita is all about. Capt. Doug Nolte of the Wichita Police Department says it provides plenty of opportunity for new insight and dialogue.

"It’s giving the public an opportunity to take that data and analyze it; look at it; play with it," he says. "As the name suggests, it’s open. It’s not hidden or secret. It’s not something that we want to keep from people, but it’s data that has probably been minimized over the years as being stuff that the police department has and no one else is interested in."

Nolte is part of a committee that focuses on opening up certain police data for public consumption. He says Wichita Police Chief Gordon Ramsay has made this type of openness a priority ever since taking over as chief early last year. Now, thanks to adopted open data policies, things like crime logs and police scanner recordings are far more available to the public than ever before. 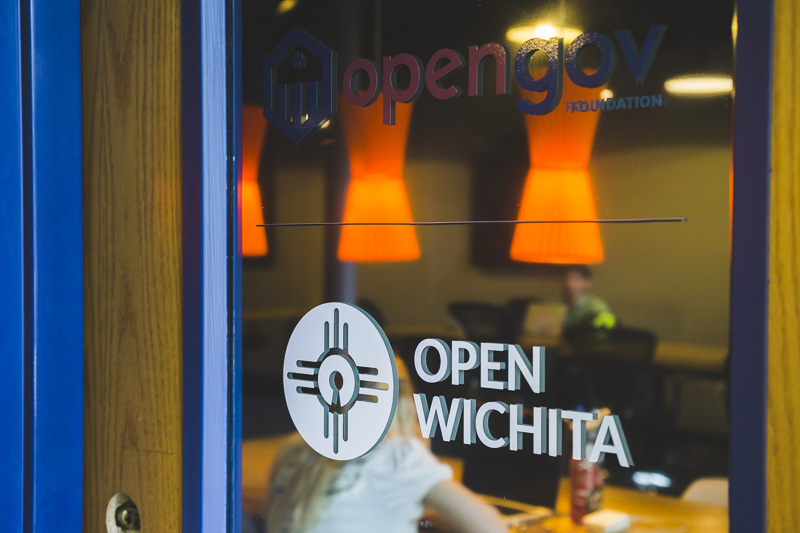 This office space at the Labor Party hosts Etter's jobs at the OpenGov Foundation and Open Wichita.

Open Wichita is involved in Project Comport, an open data project started by a Code for America brigade group based in Indianapolis. The project focuses on making it easier for police departments to create an open data portal, complete with ways the general public can learn more about police policies and communicate with officers.

"[They've] set up the system to work for multiple cities," Etter says. "Right now, Indianapolis is just the only one who has data on there, so Wichita is trying to be the second city, which would be awesome."

Nolte says Wichita is on the leading edge when it comes to having a willingness to share data. But while Etter says Wichita has done a great job compared to some cities, he says true leader right now is Chicago.

"They’re to the point where they’re doing predictive analytics," he says.

Chicago Police have collected data that allows them to predict when and where crimes may happen based on past incidences and conditions.

"So they dispatch their forces based on all that," Etter says. "You need a massive amount of data to make those kinds of predictions."

But open data is not limited to policing. Etter and his team of volunteers have been working with city data to bring things like the city budget and the times and locations of all public meetings to light.

Once completed, Open Wichita will have visualizations of the entire city budget, complete with a contact form for concerned citizens to reach out with questions or concerns.

"We’re giving them an opportunity to create another point of engagement with the public, which is always a good thing," Etter says.

To gather information about all public meetings, Etter says they created several email addresses to subscribe to city newsletters and automatically pull time and date information into a form.

"Think of all of the publicly available civic meetings, the different city council districts, the different advisory boards, neighborhood advisory boards, the plumber’s union, there is not a single place to just find all of these meetings that you could attend," he says. "That’s a roadblock for people to get engaged civically, and that’s a problem."

Wichita City Manager Robert Layton says Open Wichita has been an easy organization to support, as they are constantly pushing the city to adapt to new technologies. He says he and Etter met consistently as Open Wichita began pushing for open-data policies.

While Layton says they try their best to open up data based on Open Wichita's recommendations, the technology lag in the public sector can sometimes create a barrier. Layton says the city is working on creating and adopting more adaptable policies and technologies.

"I do think they get a little frustrated with us because we speak a different language," Layton says. "What's important to me is that we don't just produce raw data. I want my staff to be committed to have a listening ear and to be adaptable."

There's no doubt that open data can be very useful for spurring informed discussion in a community, but it can also be costly.

Etter says the technology typically deployed by a city is seldom up to the task of publishing large amounts of data, leaving the job to city staff, which costs time and money the city may not have.

So what makes sharing this data worth it?

Seth Etter works on dual monitors at his standing desk.


According to Etter, the value is in creating a more transparent political landscape.

"I feel like, more and more, it’s becoming just the thing you do," Etter says. "I think it’s a sign of elected officials doing what they’re supposed to be doing."

At the same time, real goals can be accomplished by making data more accessible to the general public. Nolte says it's like "crowdsourcing innovation."

"We’re making our data available, but what and where that goes and how it’s used — that’s where the fun is going to be," he says. "So the hope is that people would engage with us in a deeper, meaningful manner over data."

Some of the ideas generated at the event could add value to the city, Layton says. One was a mobile application that would ease the process of reporting minor traffic accidents during snow storms. Instead of having emergency crews come out to the accident, the people involved could simply report the incident in an application, using city and state data. They would also be able to take photos of the damage and send in driver's license and insurance information.

While the idea was there, Layton says the city wasn't immediately up to the task of rolling it out. He says they are having to change the way they manage tech-driven projects to ensure they happen more quickly. Still, Layton says the app is slated to be ready by next winter.

"It's really exciting," he says. "And we're just scratching the surface."

While Etter and other open data advocates may be always pushing for the most amount of information without invading privacy, Nolte says police will almost always err on the side of caution.

"Because we deal in somewhat negative environments at times and we’re collecting the number of homicides, the number of rapes and the number of robberies, we’ve got to make sure that we balance the public’s need to know that information in what we can release," he says. "But at the same time, we want to be forward-thinking and say, ‘OK, is there a reason why we can’t release this information?’ But we’ve got to be very, very careful that we don’t breach privacy, that we don’t violate statutes and that we don’t give out criminal history where we can’t."

Finding this equilibrium between not enough data to make innovations happen and too much data where privacy is at risk can be difficult. But Etter says the City of Wichita's approach is on the right track. He says they have prioritized the release of data based on return on investment, or what they believed could happen with that data, based on the cost of publishing.

Etter says the best part is they have allowed Open Wichita to be a part of that process from the beginning.

"So that was really cool of them," he says.

As open data policies ramp up the amount of data accessible to Etter and his team, more innovations will be made possible in every aspect of city government, and more opportunities will come to those interested in becoming more civically informed and engaged.