The future of Wichita transportation

The future of Wichita transportation

Watch this short video to learn more about how Wichita's transportation system needs to evolve to better serve the city's businesses and residents:


TRANSPORTATION AND THE HUMAN CAPITAL CHALLENGE

When nationally-renowned land-use strategist and developer Chris Leinberger stopped through Wichita on a speaking tour last year, he said it was like going back into the 1990s.

Leinberger says he saw roads and parking lots operating far below capacity — a far cry from his home base of D.C., and even from smaller communities like Chattanooga, Boise and Albuquerque.

"You're lagging," he says. "There are a lot of places that are eating your lunch."

Leinberger and local experts alike say Wichita needs to catch up in order to compete for young talent, who are demanding a multimodal transportation system — a system that caters to not just cars but bikes, pedestrians and buses, as well.


HOW CAN WICHITA COMPETE?

You're lagging. There are a lot of places that are eating your lunch.

Competing isn't as easy as it sounds. Especially for a community that has long benefited from the city's lack of congestion and sharp focus on improving highways and arterials.

And when you look at the proposed budget for local transportation funding, that focus won't be changing much through 2025.

In the city of Wichita's current Capital Improvement Program (CIP), $222.4 million in local funding (general obligation or local sales tax) is planned for arterial roads. Freeways are planned for $193 million. Bridges for $12.4 million. This leaves about $5.1 million planned for bicycle enhancements and $1.5 million for transit. Non-local funding plays a role in transportation improvements, as well. But overall, local priorities are still reflected by local spending. 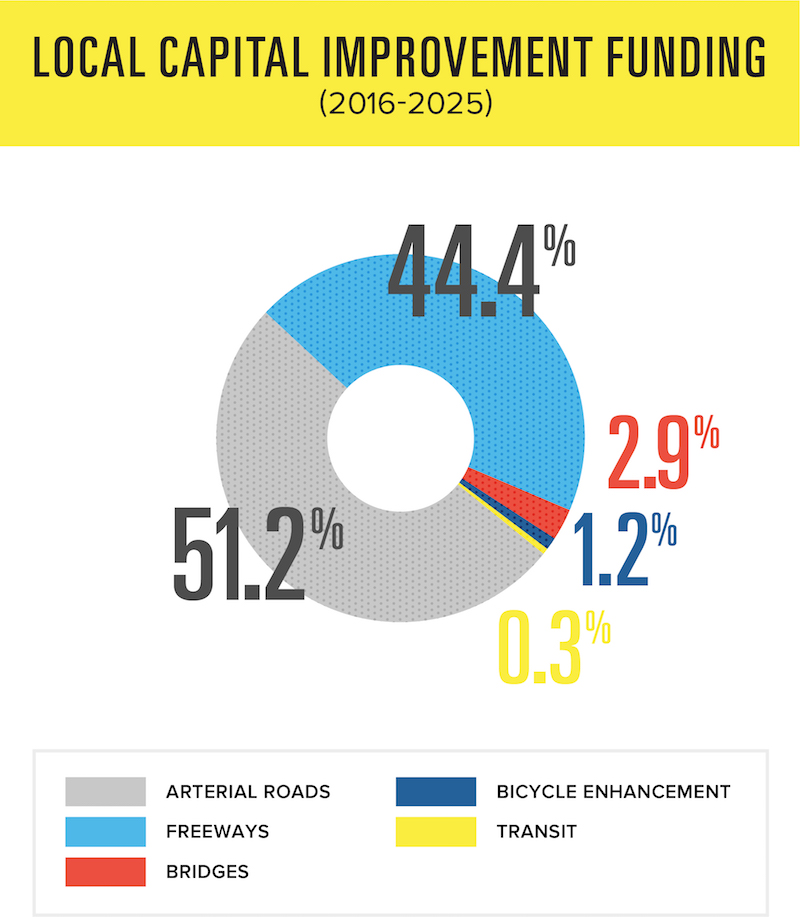 It's also important to note that the projected CIP isn't final. These numbers are reviewed by city officials nearly every year, and are updated based on community feedback.

Still, transportation funding directly impacts which services we can choose to use. Steve Spade, Director of Wichita Transit, says Wichita Transit service has been falling behind systems in peer cities like Des Moines, Oklahoma City, and Omaha.

"If you take a look at the population of those cities and start to relate it to the miles we operate, you'll see that we operate about half of the level of service we really need to be competitive," he says.

Despite what some would call a lack of funding for alternative transit options like biking, busing and walking, there has been some recent success.

Scott Wadle is a senior planner for the City of Wichita and coordinates many of the city's bicycle projects. He says what Wichita has been able to accomplish in the past few years is nothing short of remarkable.

"There ought to be a novel written about what's happened in Wichita in terms of our transportation network just in the last few years," he says. "So this community put together this plan [in 2013], and since then, we've installed ... nearly 40 miles of bikeways."

The City of Wichita also recently announced a new bike share program that will increase access to bicycles across the city, mainly in the downtown area.

In the transit arena, the Q-Line trolley is gearing up for route changes that will have the downtown trolley operating more frequent routes up and down Douglas Avenue, rather than just around the downtown corridor. 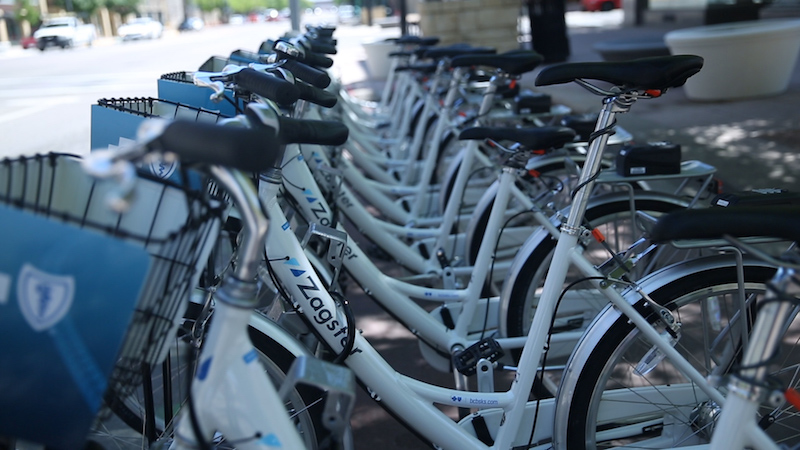 "So all of a sudden, we start not only giving people mobility in downtown, for visitors, for events and things, but the neighborhoods start to have more access to downtown and other neighborhoods," Spade says. "So it facilitates that ability to get from one side of the city to the other without driving."

With these successes, much of the momentum is coming from the private sector, with businesses pitching in for more downtown access with the Q-Line and the bike-sharing program.

Leinberger says the private sector will need to spearhead progress, but the public sector has to enable them.

"As far as investment in a downtown like Chatanooga, for every $1 of public money, there’s $15 of private money," he says. "So certainly the private sector needs to be in a leadership position. ... [But] the majority of infrastructure is provided by the public sector."

Wichita will be able to attract more talented workers if public and private sectors can work together to support alternative transportation options to make the city more walkable, bike-able and bus-able.