How can we, as a city, ensure a future where everyone — regardless of sexual orientation or gender identity — is respected and embraced with open arms?


EDITOR'S NOTE: We hope this piece explores Wichita's issues of inclusion in a way that spurs an open dialogue and urges readers to examine their own actions and notions. We know this only covers a fraction of Wichita's spectrum of diversity, even within the LGBTQ+ spectrum. It's not intended to be a comprehensive portrait of all communities, but an entry point into the conversation of inclusion. Ultimately, in order for Wichita to succeed, the people who live here — in all of its diverse neighborhoods and cultures — must have a voice. And we all must listen.

This series of letters encapsulates the identities of many gay, lesbian, transgender, bisexual or questioning individuals in Wichita. While many in the LGBTQ+ community are comfortable being themselves, others feel the need to be discreet.

Either way, all are deserving of a place in this community and are certainly aware of the collective sentiments harbored in our city and our state. Are we truly making all feel welcome in this city? Or do we implicitly tell some they should be somewhere else?

We talked with two long-time LGBTQ+ activists in Wichita to find out how far we've come as a city, and how we could better ensure a future where every individual — regardless of sexual orientation or gender identity — is embraced with open arms.

The fight for LGBTQ+ acceptance is ongoing. Many don't feel safe in their workplaces or even their houses of worship.

Shattered stained glass windows at Table of Hope Metropolitan Community Church, where Rev. Jackie Carter leads a congregation, are signs of violent bigotry many might believe no longer exists. 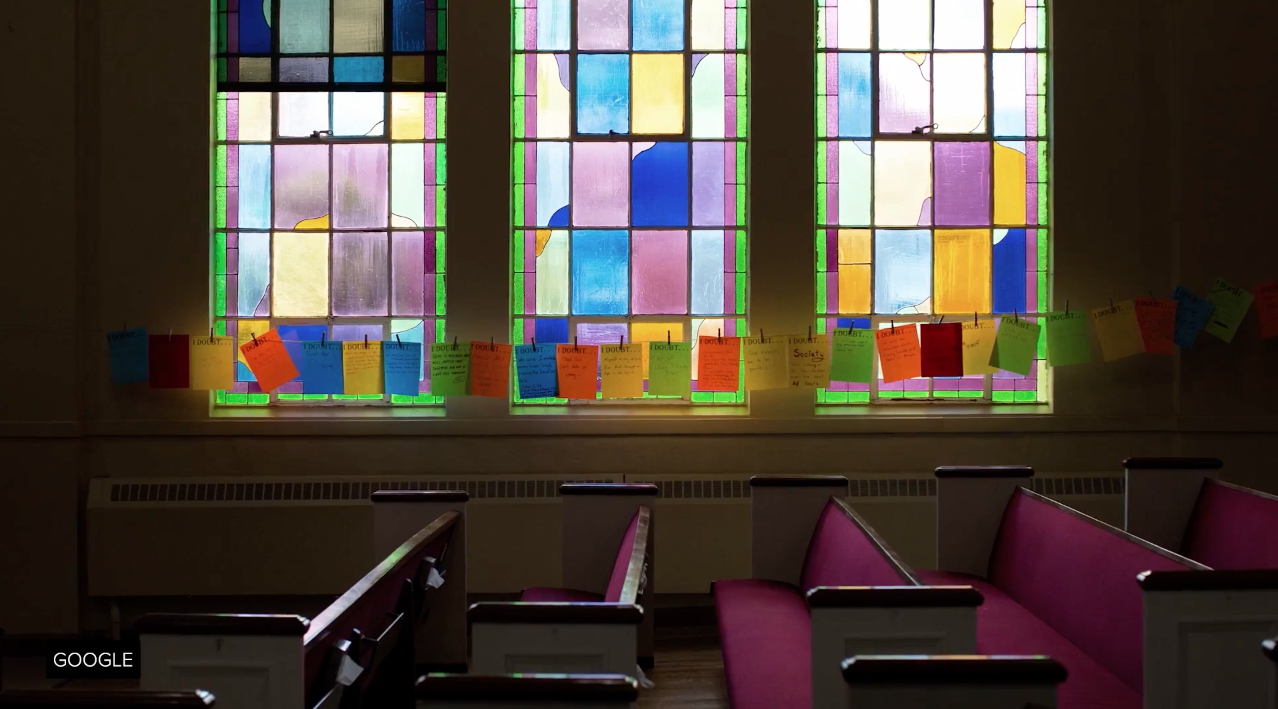 "It lets me know that, in my mind anyway, we're on the right path," Carter says. "If we were just going about our business and not minding any other people and not growing against all odds, and not reaching out to the people that are so marginalized and so hurt in this area, then they wouldn't care whether we were here or not."

Carter is a lesbian and has been a longtime activist for LGBTQ+ individuals in Wichita. This has made her a target for hate. Death threats have plagued her and her family, almost leading her to quit her work in ministry and activism. But her family has convinced her to keep pushing for acceptance.

"Because things aren't going to change if we [stay] scared, if we keep taking ourselves out of the mix, so people don't know us," Carter says. "We can spend lots and lots of time faking who we are and not ever really coming to get everything in alignment. But when our mental and emotional and physical being can all be in that place where it feels happy, we then have the opportunity to be all that God created us to be."

If we were just going about our business and not minding any other people and not growing against all odds, and not reaching out to the people that are so marginalized and so hurt in this area, then they wouldn't care whether we were here or not.Jackie Carter

While actions like marriage equality have shifted the tide in a positive direction across the country and in cities like Wichita, Carter says the stories she encounters with people across Kansas are heartbreaking.

"I could break your heart if I wanted to with story after story of parents and kids," she says. "I just had a 13-year-old child call. They live in a small town, they go to a very conservative church, and their preacher's been talking about how abominable gay people are and that they should all be killed. This is in rural Kansas, less than two hours from Wichita. We have people standing in a pulpit, representing a God of inclusion, and telling an entire congregation of people that they should kill gay people."

Sometimes hate takes a more subtle approach. Michael Madecky, HIV program coordinator at the Kansas University School of Medicine — Wichita, recalls crude jokes and comments made by his superiors when he worked at Wichita State University. They didn't know he was gay. 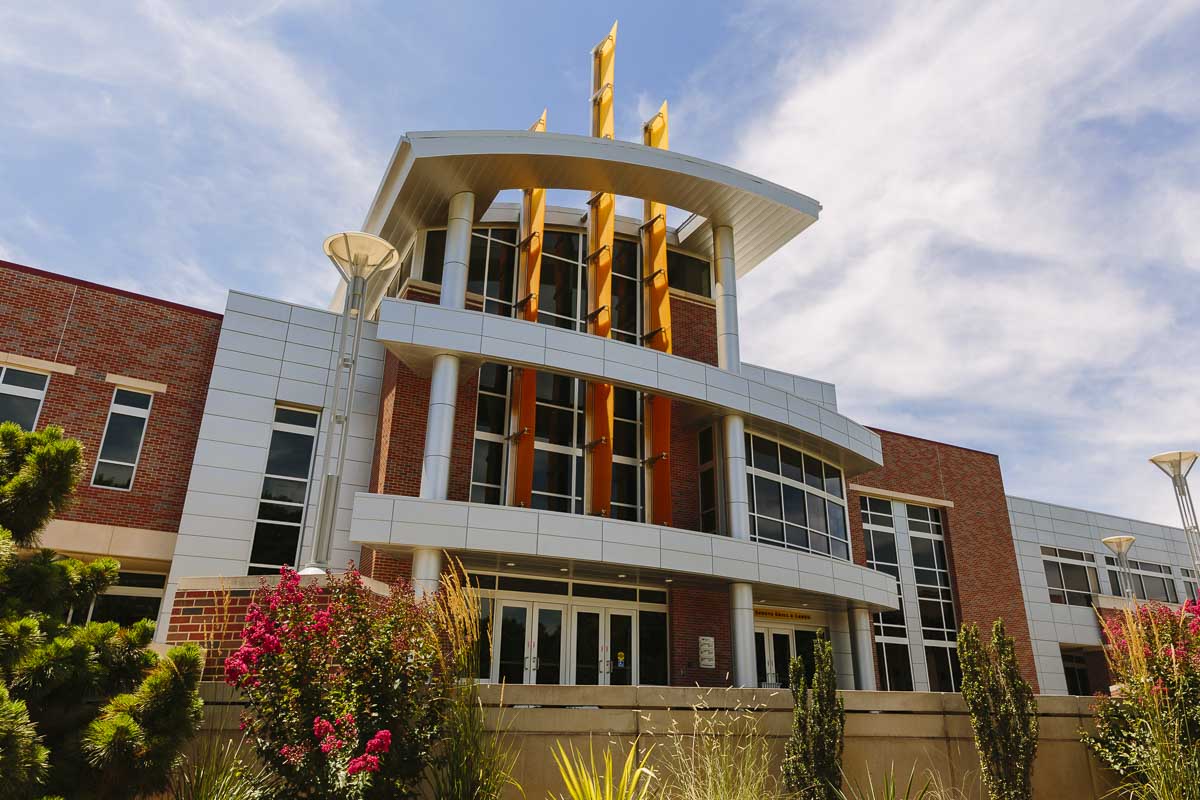 "In my previous job, I was really privileged, if you will, to hear a lot of prejudice expressed by people in power," he says. "And so, for a long, long time, I remained in the closet."

Gradually, Madecky came out to some of his co-workers and some students he worked with, eventually leading to him forming That Gay Group on campus. When the school newspaper covered the formation of the group, it outed Madecky to his superiors.

"That's how the other two-thirds of the management staff found out that I was gay — by reading it in the school paper," Madecky says. "So it was an interesting experience — difficult one, absolutely."

To combat the explicit and implicit hate many in the LGBTQ+ community deal with as part of their daily lives, we have to create places for understanding and communication.

But talking about difficult and sometimes controversial topics is not necessarily Wichita's specialty.

While some in Wichita are not always the most accepting of people outside their social groups, we also suffer from our politeness — our refusal to address topics that simply need to be addressed openly and honestly.

"They're nice to your face, but there may be other opinions expressed behind closed doors," Madecky says. Because he was closeted for much of the time he was working at Wichita State, Madecky says he heard people's opinions about gay people before they realized he was gay. "I heard an awful lot. And there were times sitting in our management meetings that jokes would be made, and I would have some of my coworkers laugh at those jokes." 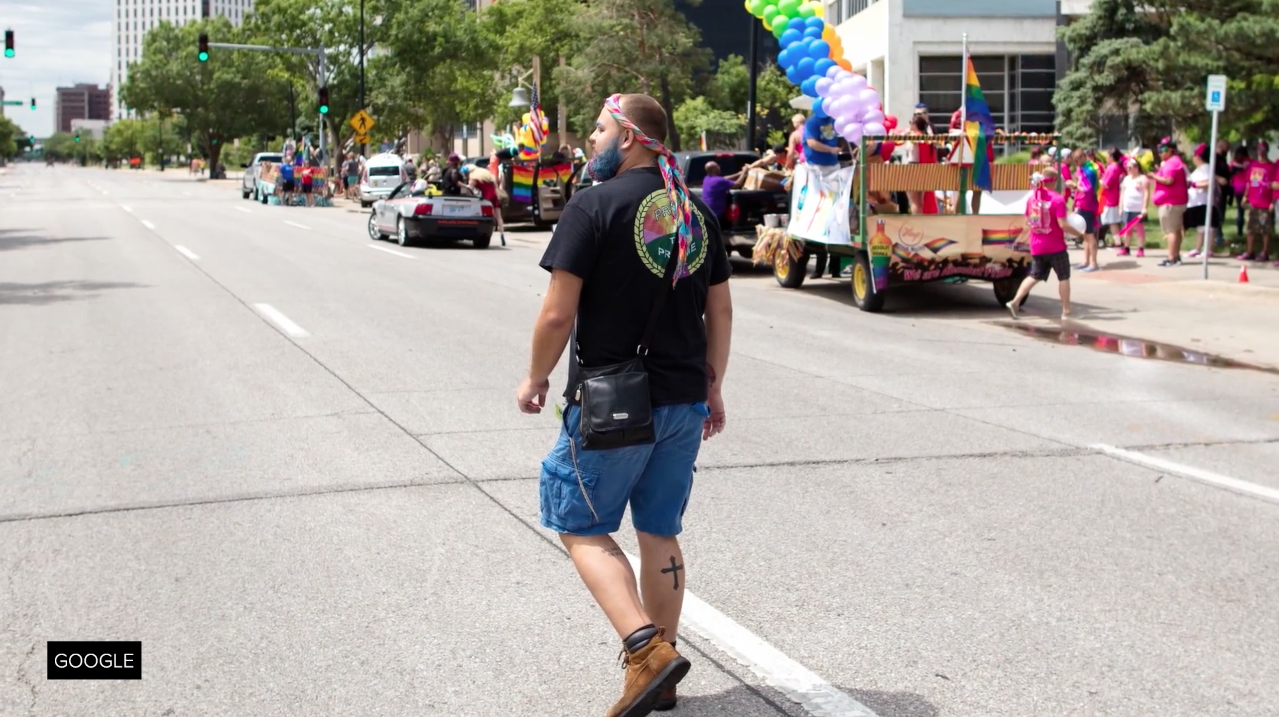 Today, Wichita State is a far different environment. Dr. Richard Muma, who served as provost and interim president for the University under President John Bardo, is openly gay and sponsors scholarships for LGBTQ+ students.

They're nice to your face, but there may be other opinions expressed behind closed doors.Michael Madecky

But not all of Wichita has kept up with the progress, as evidenced by the holes in Table of Hope's stained glass windows.

While the hate is worrisome, Carter says she's also worried about the indifference of those who don't hate.

"The world won't come to an end by people doing evil," she says. "It will end because good people refuse to speak up."

Even if we're not the ones telling the homophobic jokes or muttering slurs, we're all sometimes the ones who hear those things and say nothing. Or worse, we laugh along.

Between the Westboro Baptist Church hate group and legislative opposition at the state level, Kansas is not always a friendly place for LGBTQ+ individuals. But Wichita can be a beacon of light.

For that to happen, we have to combat the explicit hate with explicit support. We can no longer rely on the work of a few to move us forward. And we can no longer sit on the sidelines of mere acceptance. 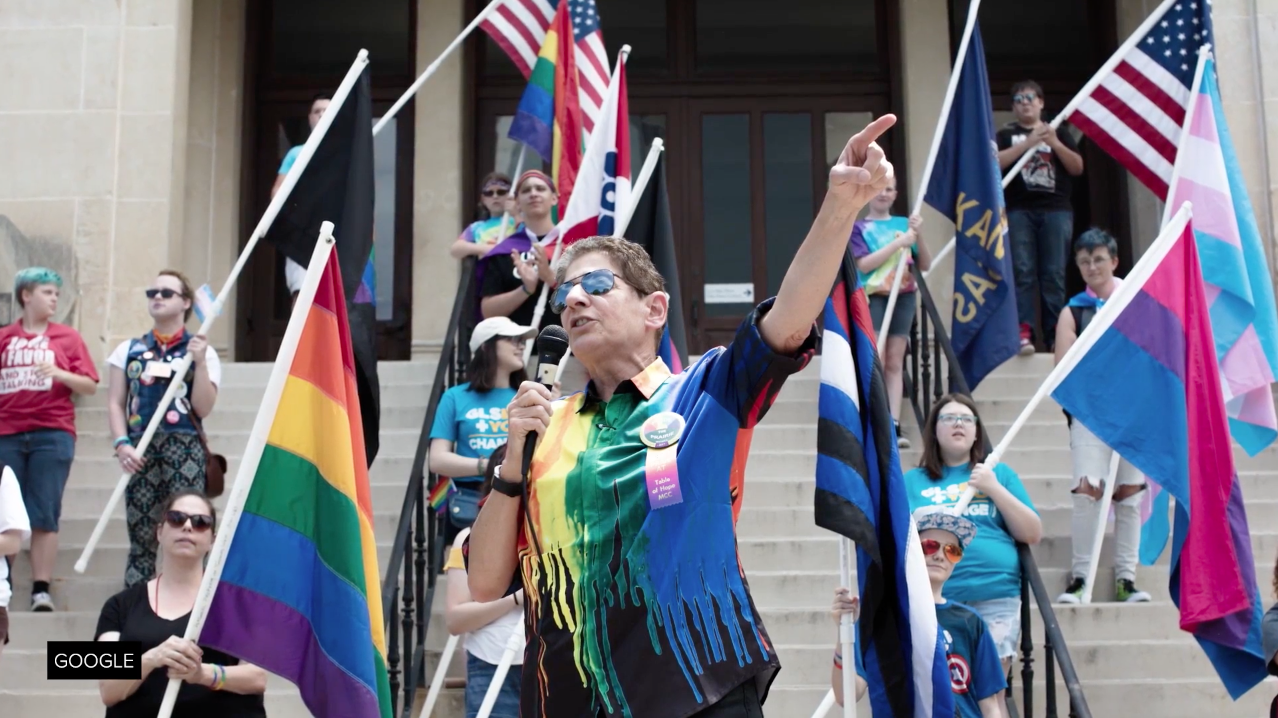 "If someone says to someone, 'I don't see you as gay,' then you don't see me because that's who I am," Madecky says. "Some people would say, 'I don't have any issues. People are who they are.' But that's very passive."

If someone says to someone, 'I don't see you as gay,' then you don't see me because that's who I am.Michael Madecky

All of us have to play a role, whether it's confronting someone telling homophobic jokes or challenging your own ideas and feelings about LGBTQ+ people.

If we decide we're going to be supporters, we need to be true supporters.

"I think that many people will come up to me in different situations and whisper into my ear, 'I just love you and I support you,'" Carter says. "But they won't say that in front of their families, or they won't say it in their churches."

Start conversations, listen to people's stories and keep an open mind. This city is built for everyone. Let's ensure it remains for everyone.