Wichita prides itself on being a big city with a small-town feel. This is backed up by the 20-minute travel time to any corner of the city and the tightly held identities as east- or west-siders. But these identities can also be harmful, as labels and stereotypes we create for various parts of the city act as barriers between the people within them.

We interviewed individuals across Wichita to learn more about their perceptions of the area they live in and the areas they don't. 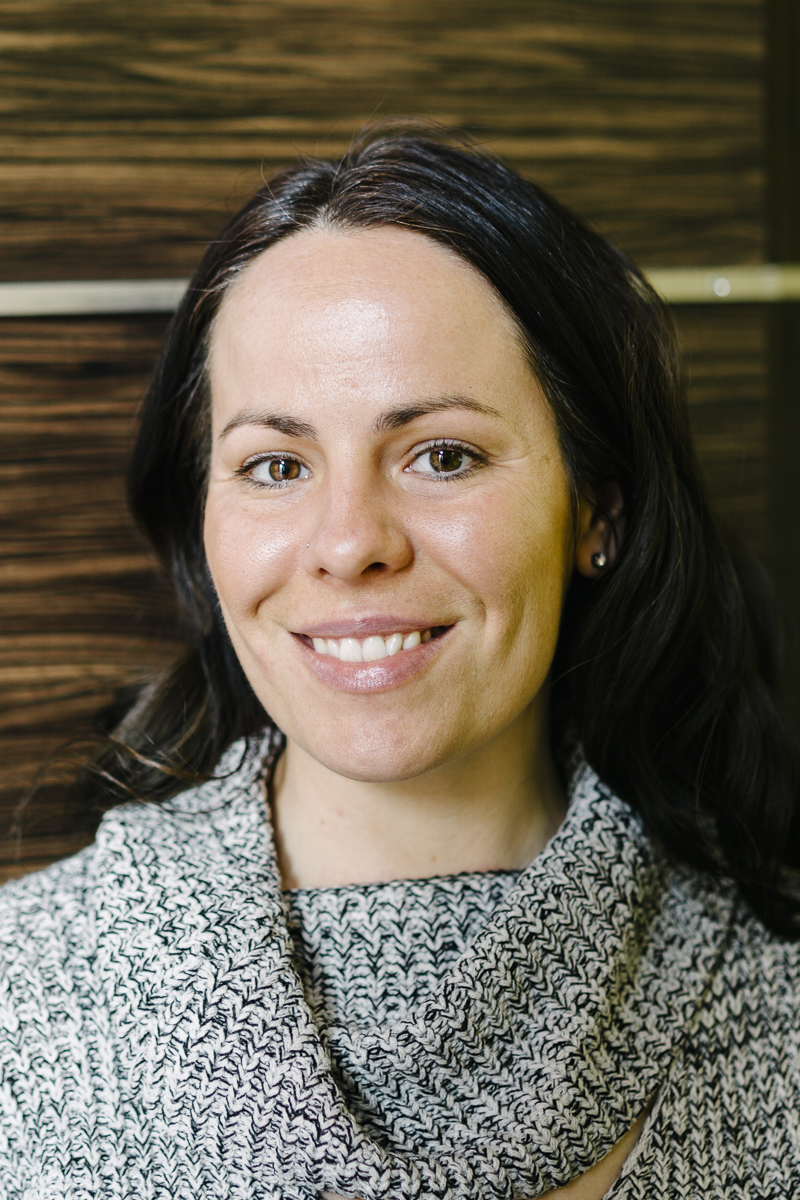 
Tamera works as the manager of several downtown apartment complexes, but has lived and worked on the east and west sides.

On expanding your viewpoint of Wichita:

"I was like, 'What is out [on the west side]? What is this place?' But then I had to go out there every day. That's part of what helped me open up to the rest of the city. It forced me to explore the west side a little bit more. If I wanted something to eat, I had to find it around work. If you live, work and play in one area, you're not going to go explore other parts of the city. Just allow yourself to branch out by opening yourself up to other options to live, work or play in other areas. I feel like people have this outlook of 'Wichita's boring; there's nothing to do. It's a small city.' It is a small city if you only live within six blocks of everything you do. But if you actually go out and explore the rest of the city, it starts to feel like a bigger place. We're not big enough to be segregated, and yet we are."

On getting to know the entire city:

"I’m a Wichita mutt. I'm from all over. I'm actually the opposite of everyone's little 'east-side clique, west-side clique.' East and west side do sort of mirror one another, which is why I think it's funny that people don't intermingle a little bit more. I also worked on the south side for a while and that's a less-nice area of town, I guess. But that's part of every town or city — there are always little pockets that are nicer, less nice, better or have more things. I'm the kind of person who's glass half full, so I feel like Wichita has something to offer in all the areas, depending on what it is you're looking for." 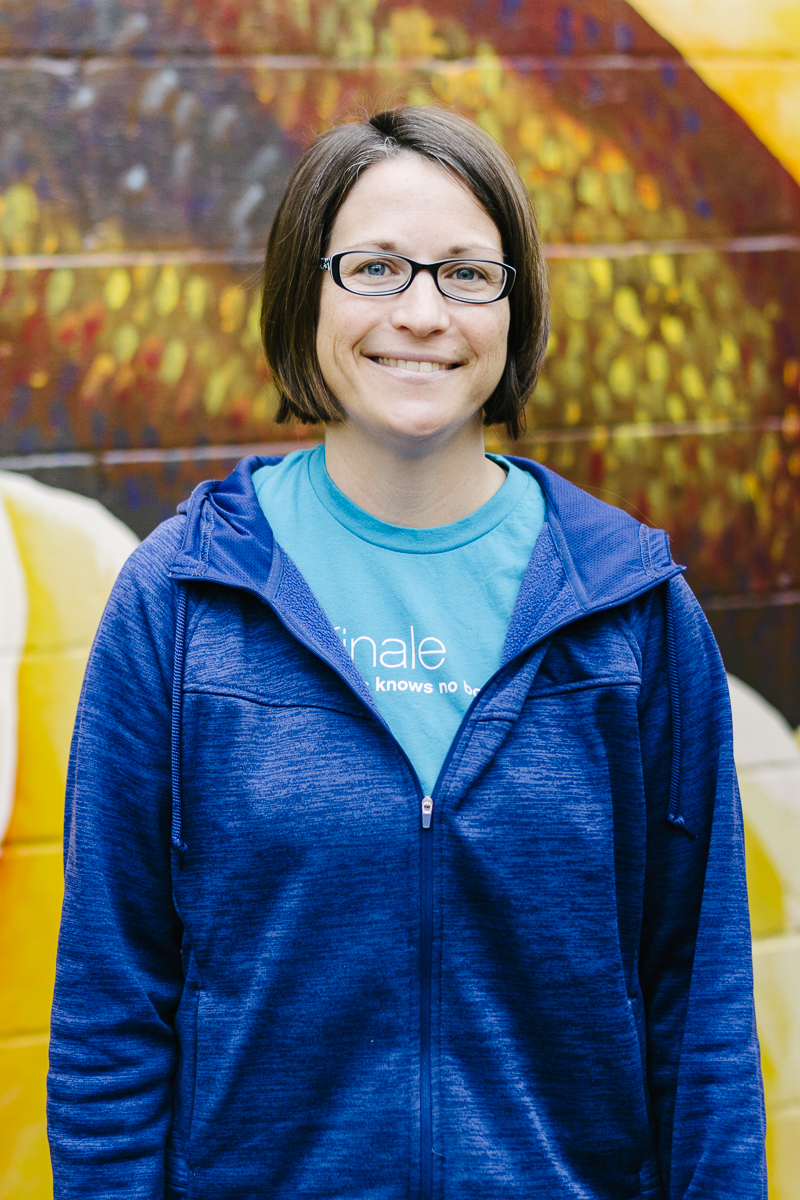 
Catherine lives in the south-central area, just south of Kellogg. She is active in The Neighboring Movement, which focuses on fostering better neighboring.

On living in an area with a negative reputation:

"When I tell people that I live here, I know that it has a reputation for bad things — especially Broadway. But my experience of it is not that. I have great neighbors. When I first moved here in 2007 or 2008, I observed the people on my block and they were all taking care of each other. I wanted to be a part of that. I get to meet really talented people — people who are just hidden treasures. People here know that they need each other. I think maybe they feel less of that fierce independent nature that can be isolating."

"I think of farther east or farther west as generally more affluent and sometimes more suburban. I suspect people may be more isolated. I lived on the east side for a while and my experience was being more isolated and neighbors not knowing each other. There are also stereotypes about the schools. People move to certain neighborhoods or areas for the value of the education there. I was a teacher in USD 259, and I taught at South High. If parents only knew how hard teachers work in USD 259, or in some of these lower income neighborhoods. There is some really great education [available] and great opportunities that some people might just overlook because of a stereotype that's positive about another place." 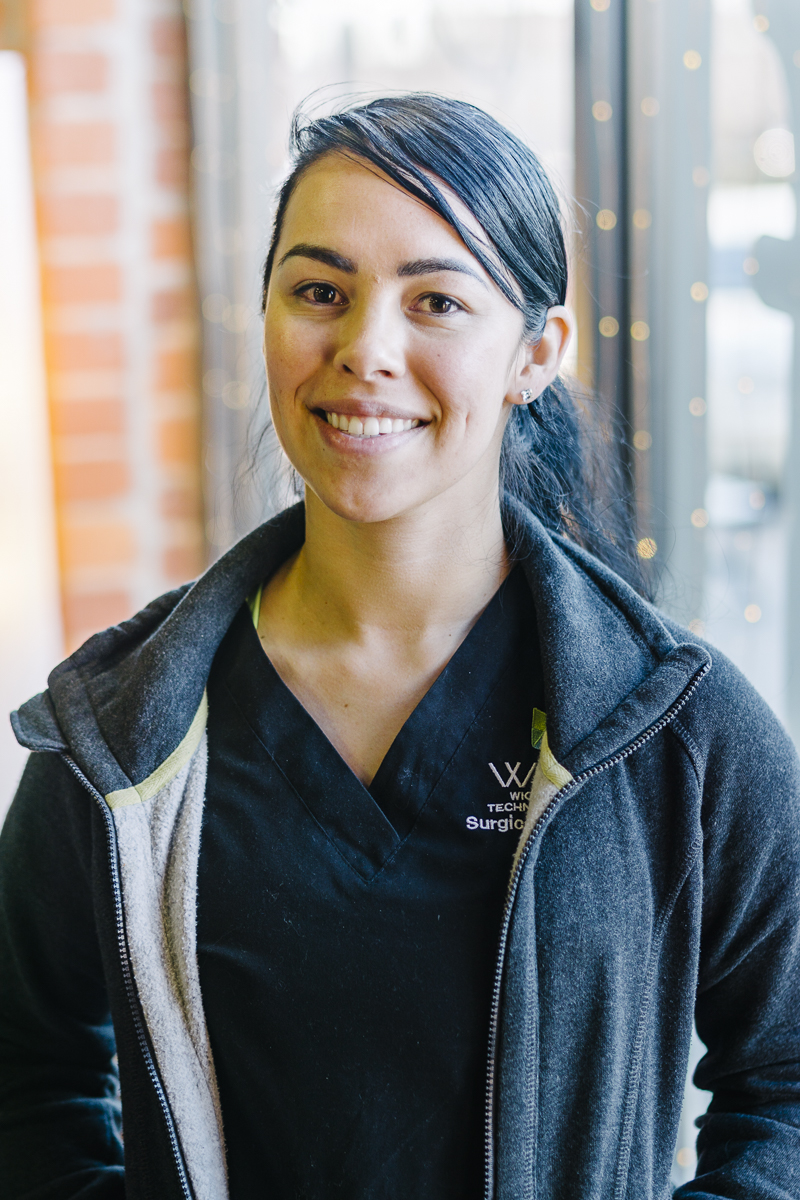 
Diana moved to Wichita for school and, while she lives in north Wichita near Wichita State, she considers it close to downtown since it's such a short, easy drive.

"It's really easy to get almost anywhere I need to get. But I feel like going down one block is very different from going down the other block, you know? We come downtown to study, for coffee and restaurants, and everything is really easy to access."

On the "bad areas" of town:

"When I moved here, people told me, 'Stay away from the south side of town,' or 'Stay away from living near WSU.' But actually moving here and seeing it for myself, Wichita is very different. In other towns I've been, if you go to this side of town it's good, and you go to this side it's bad. In Wichita, you go down one block and it's bad, and you go down another block and it's good. It's mixed in." 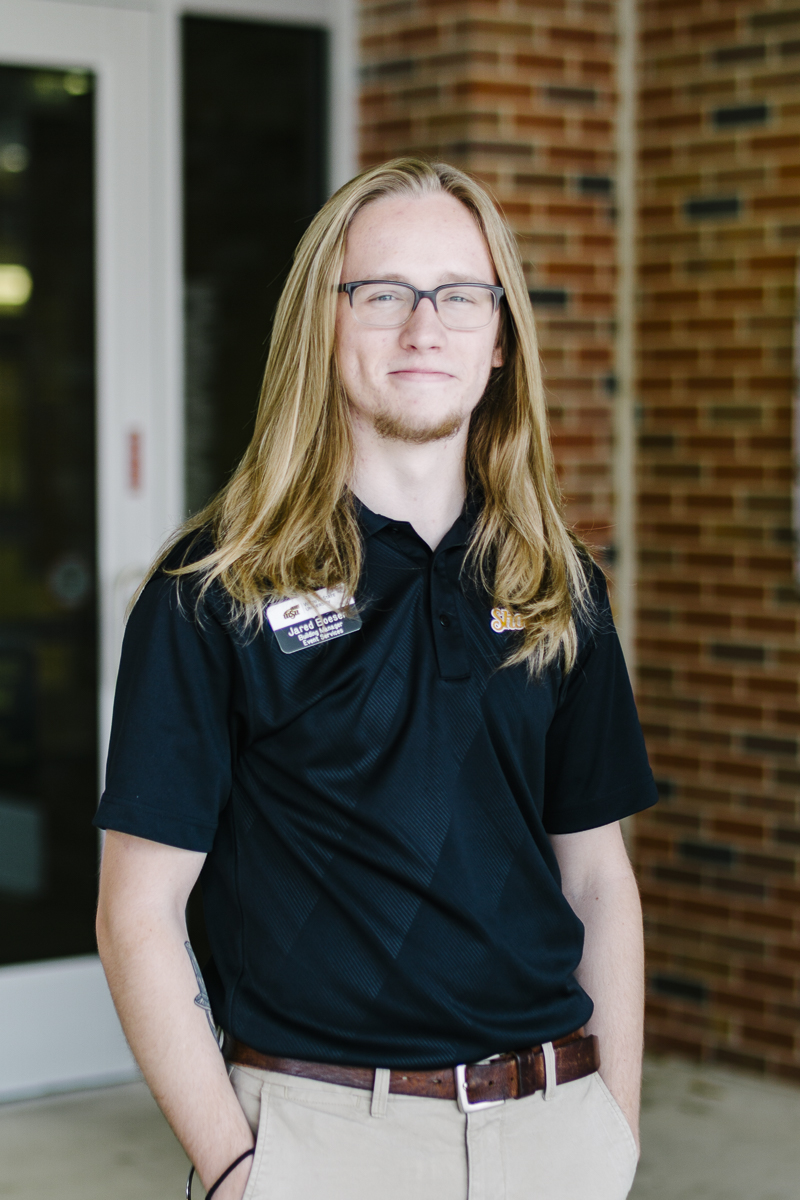 
Jared is a student at Wichita State University and works at the Rhatigan Student Center as a building manager. He lives in Riverside but grew up on the east side.

On east-side versus Riverside:

"Compared to downtown, [east Wichita is] very commercial, like with Bradley Fair and all that. It's very rich, very white. There are good people there, but it's kind of obvious that wealthier people live farther east toward Andover and all that. Riverside I think is by far the most non-Wichita neighborhood in Wichita. There's just a lot more going on. It's a lot more liberal, and there are a lot more people walking around, riding bikes, stuff like that."

On the impact of stereotypes: 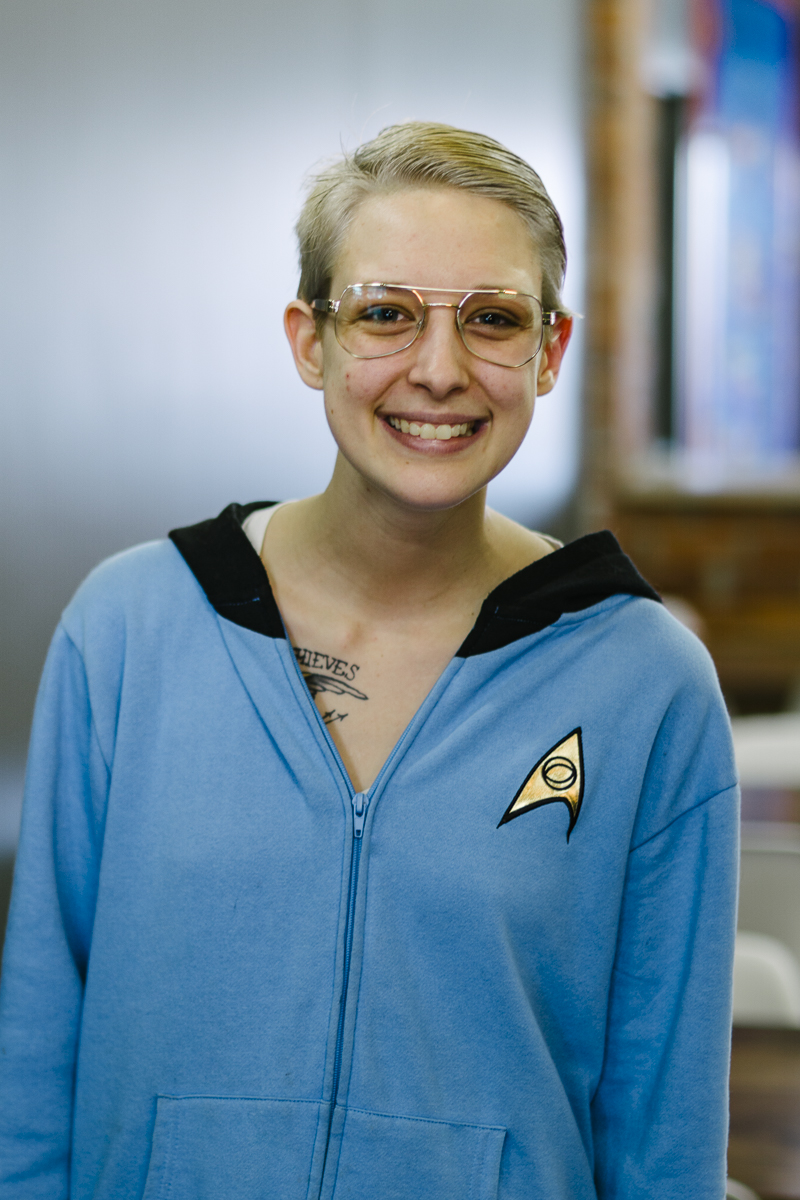 
Courtney Seddon considers herself an east-sider ever since growing up in Derby. She now lives near Hillside and Kellogg and works in Delano.

"I think that Wichita is a really, really great example of kind of bad urban city development planning. The older parts of the city, which in theory should be beautiful and well-taken care of, are the ones that are getting the most run-down. Besides College Hill and Delano, the older parts of the city have been completely disregarded. So your 17th and Hillside or your 13th and Hillside, nobody wants to live there because they're low-income areas and have high crime rates, but there's really no infrastructure to change that at all. I just think there are some parts that are being underutilized, but I have no idea on how to fix that."

On finding things to do outside your neighborhood:

"I think people stay in their own comfortable little areas, but there are so many cool things to do. If there was a way to give a Facebook page or a publication of, 'This is everything that is cool to do,' that would be huge. Obviously, you get downtown, College Hill and Delano really easily, but there's cool stuff to do farther east and farther west, but you just don't think about it because when you want to do something fun, you just go to Douglas and Washington." 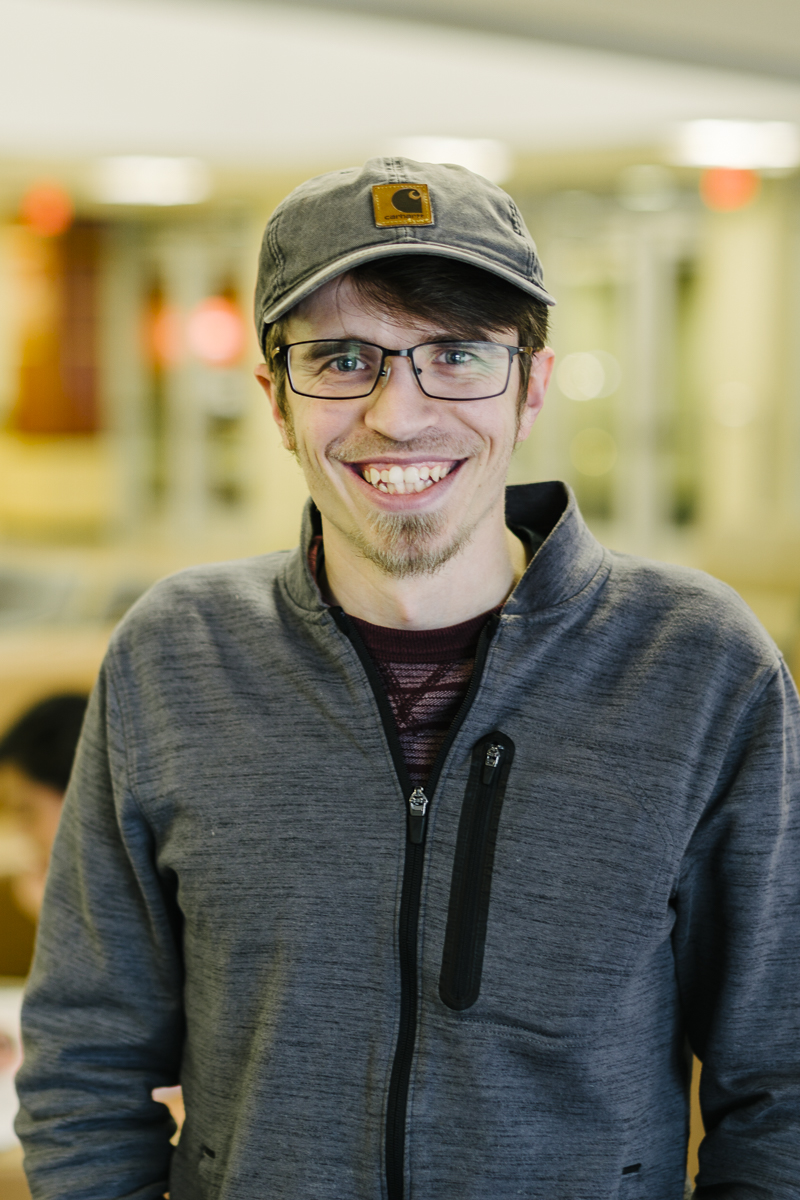 
Kelly works as a video producer at Wichita State University and lives near College Hill. He moved to Wichita about six years ago after moving from a small town in Kansas.

On learning the history of your area:

"I love my immediate neighborhood. It feels cozy, it's a little bit older and it has a lot more character to it since a lot of the houses are nearly 100 years old. I'm a younger person, but I live around a lot of older individuals who have lived there a long time. What I love about my neighbors is how their perspective of their own neighborhood gives them really interesting stories. I've just had long conversations about all these individuals who have lived around my neighborhood. It has history to it. I'm pretty ignorant to all the other different neighborhoods because I haven't heard those stories yet. I assume they have some pretty cool people that live in other neighborhoods; I just haven't made the effort to go there."

On false perceptions of south Wichita:

"I think the east and west divide is not as stark as the north and south. East and west is like a high school rivalry, but north and south is rich versus poor. That's the perception I've always had. Growing up outside of Wichita, I was always told, 'Don't go south of Kellogg.' Living here now, I realize that's just a stupid perception issue. Even when my wife and I were looking for houses, we would be hesitant to drive into those southern neighborhoods, but they look exactly the same as what we landed in. They're old, they have character and the houses are reasonably priced. There's nothing that immediately trips my mind to say, 'Oh no, south side is a dangerous area.'" 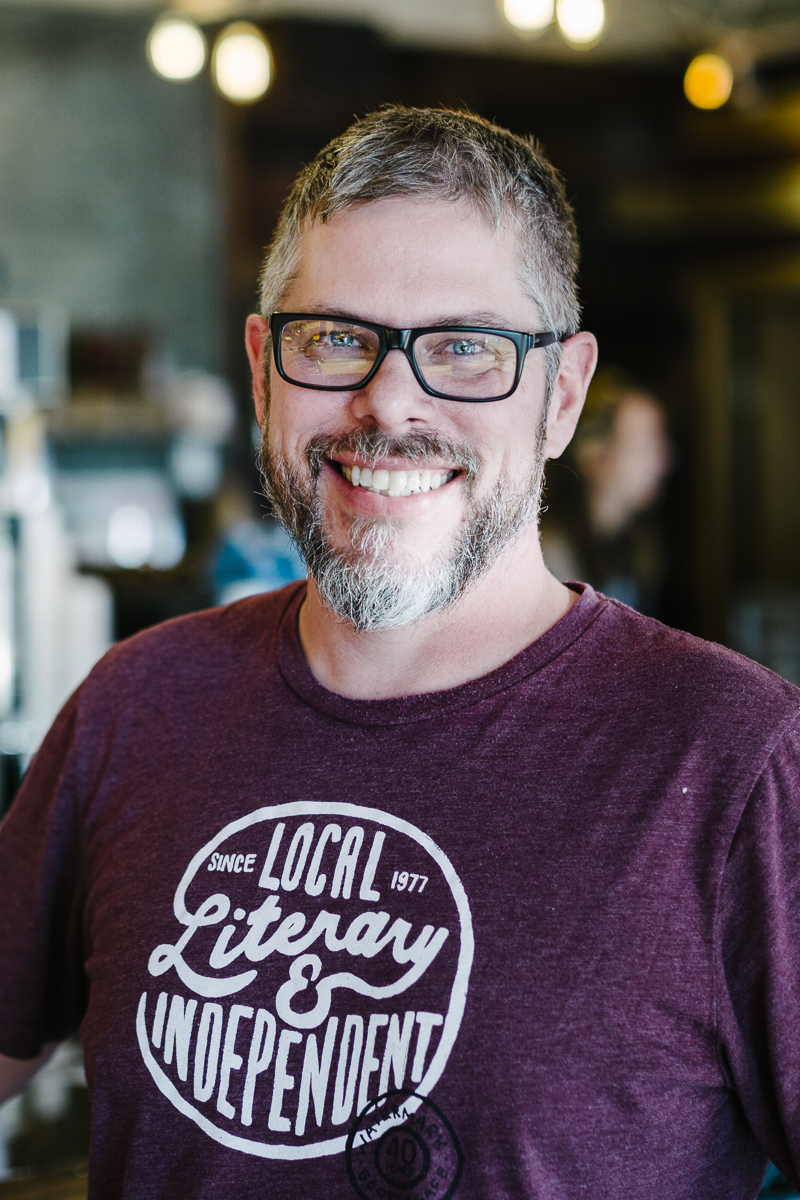 
John grew up on the west side and although he now lives in Valley Center, he considers himself a lifelong west-sider.

On the origins of east vs. west Wichita:

"I was told that in the cowtown days, the west side was the shady side — that's where you'd go to have a wild time. And the respectable side was the east side. It makes me wonder if there's some legacy from that."

On taking pride in being a west-sider:

"I feel picked on by my friends and colleagues that live on the east side, and maybe I turn my nose up a bit when I refer to how they live on that side of town. I must be of hardier stock because I like to squint going both ways to work and home. There's just some familiarity with where you grew up, and you want to be a part of that community still. It was easier to think in terms of wanting my kids to be a part of that, but at the same time, my daughter went to an east-side school, and my son's finishing up at Valley Center. It didn't become dogmatic."


We hope this piece challenges the beliefs and perceptions held across the city. Perhaps they challenged your own assumptions about different parts of Wichita. If they did, further the conversation by sharing this piece with others who have a passion for making Wichita better.