We wanted to know why people were coming to Wichita — and why they were leaving. So we talked with five expatriates and three newcomers to learn how the experience of Wichita changes and evolves for people coming and going.

These Wichitans left for a different city. Some are still fairly close to home, while others are as far as the east coast. 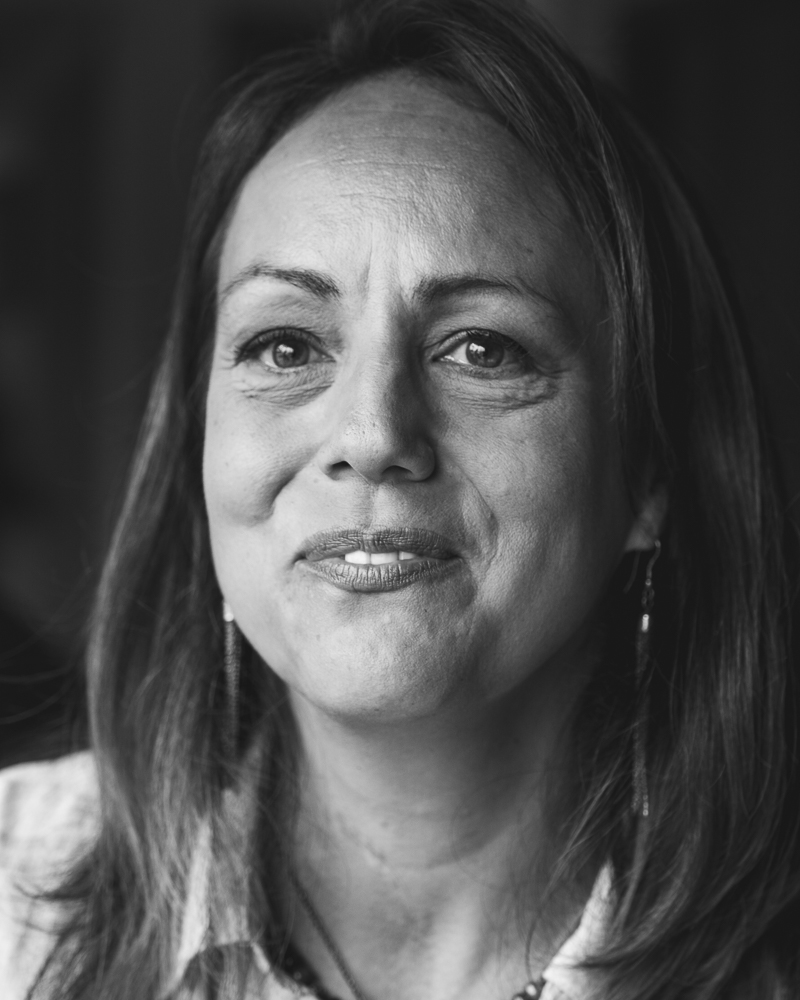 
Lisa is preparing to move to Savannah, Georgia, where she will continue her work as a sculpture artist and professor of fine arts at the Savannah College of Art and Design. You may still see her around as she continues to work on projects in Wichita.

On connections to culture:

"I have a really rich history in Wichita, so I'm not just picking up and leaving. A lot of the things I didn't like about Wichita are things I'm pretty fond of now. When I was little, I remember feeling disappointed in things like the architecture. I thought some of that culture was lacking and I wasn't sure if it was me or something outside of me. That's kind of turning around now."

"There is this sense of protecting this old way in Wichita, and I think we're in a real divide right now in confronting that, and some people do not want us to change in the city. I experience that currently with projects I'm working on. We have not crossed that line into the area where I really see us thriving and being valued as artists and creators." 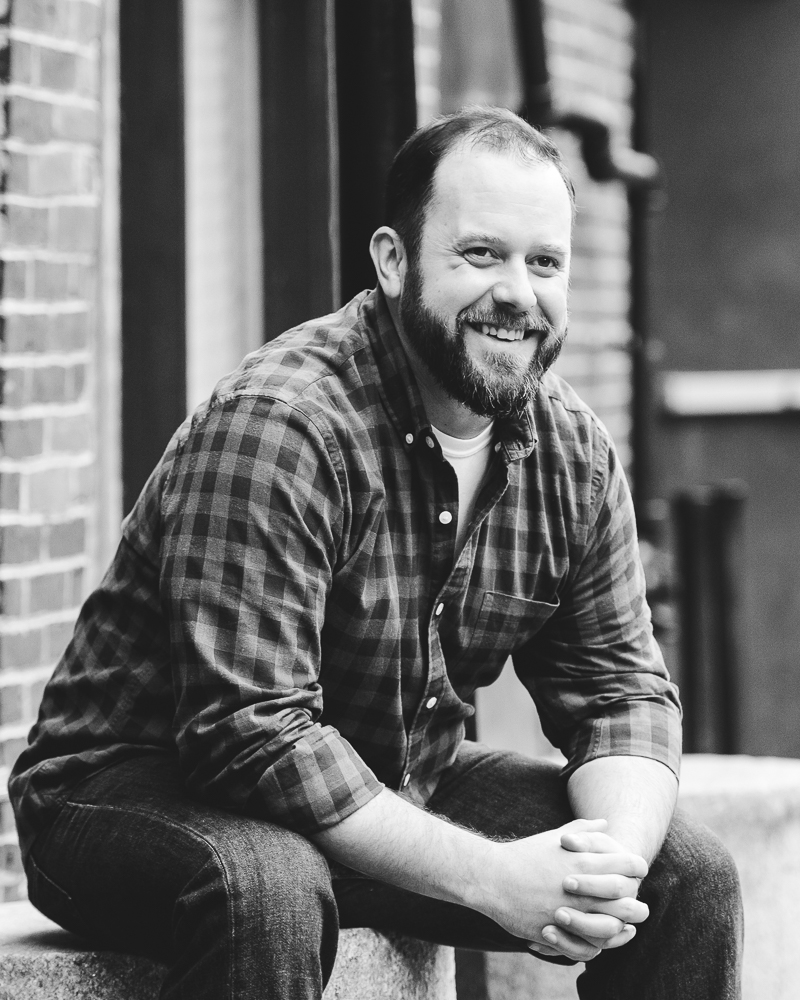 
Eric moved to Portland, Maine when his fiancé (they recently tied the knot — congrats!) was offered a career opportunity they just couldn't pass up. Wittman is known for his blog post describing the things he "hates" about the city.

On feeling at home:

"I felt extremely welcomed in Wichita. I felt at home there. I do think the door for opportunity is cracked, but it should be more wide open. There's a Midwestern aesthetic that if you're hard working and friendly, people will accept you, but there's also this closed-off-ness that if something's new, they're going to be a little skittish at first."

On openness and opportunity:

"I think things just get a little more liberal as you get to the coast. Portland is a little more open than Wichita, but I think it's a problem here, too. There could be even more opportunity." 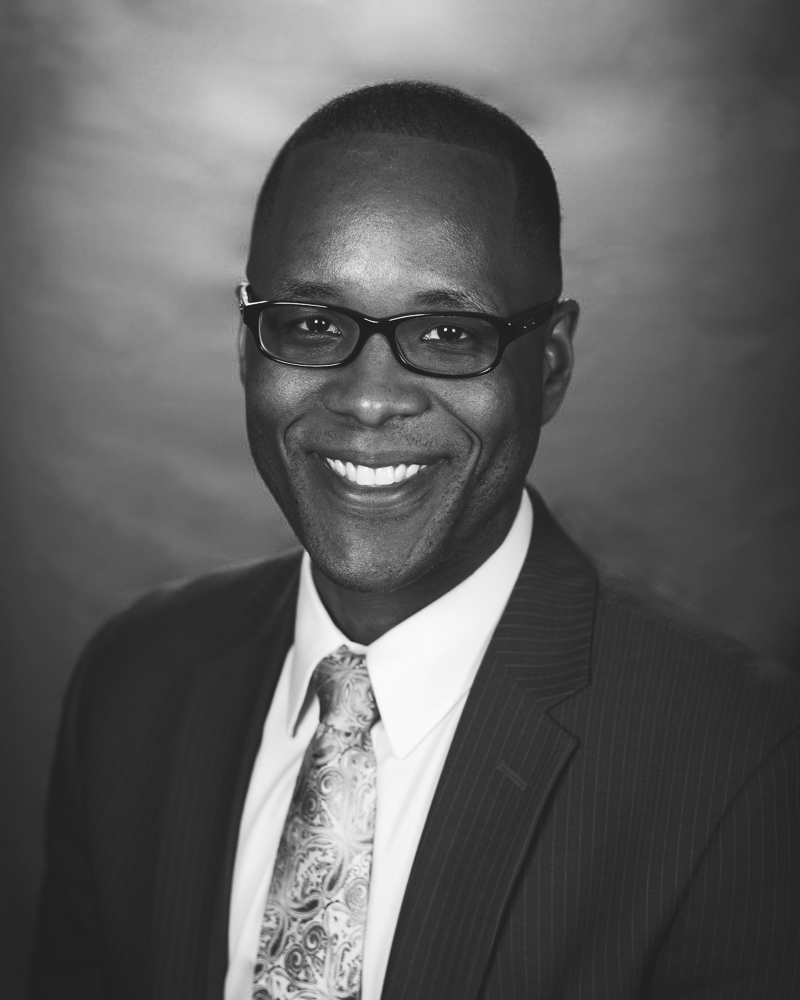 Associate director of sales for the Visitors Bureau in Oklahoma City


After 12 years in Wichita, Keith Talbert decided to make a career move to Oklahoma City, a city he says has made a lot of exciting progress in recent years.

"I just remember experiencing so many negative people where all they wanted to do was get out of Wichita. It's not a bad city by any means, so I couldn't understand why there were so many negative feelings. The grass is not necessarily always greener somewhere else."

On moving back to Wichita:

"I really feel like Wichita embraced me, and I just had a great experience in Wichita overall. I'm always open to the idea of moving back." 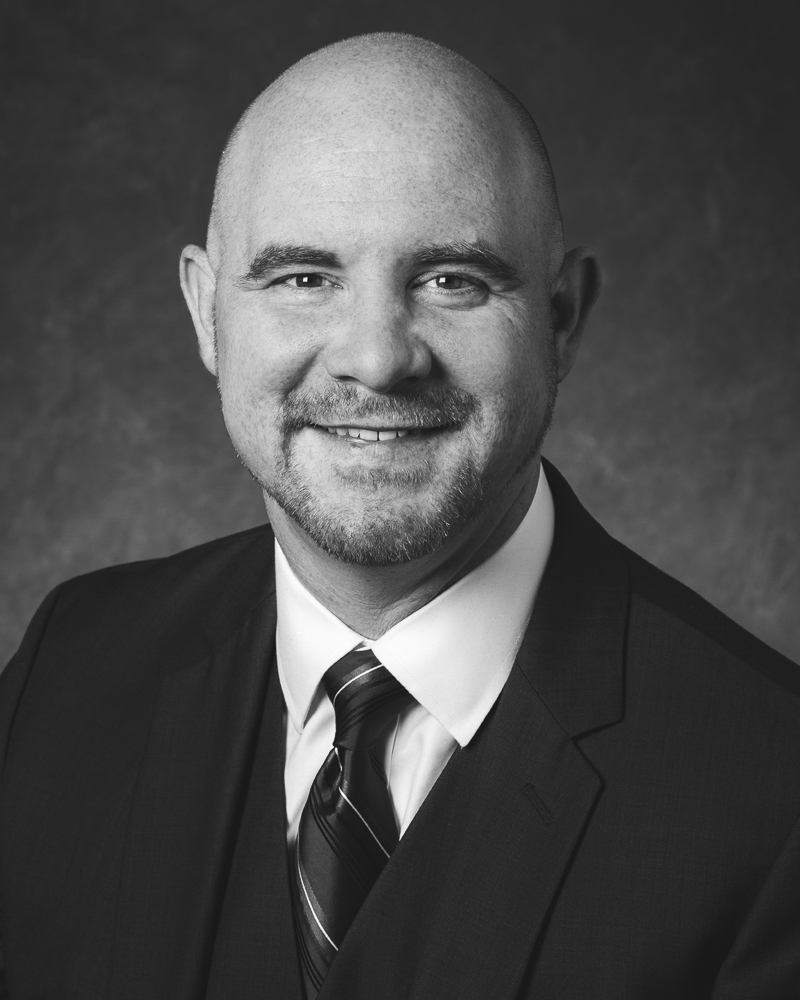 "Wichita was such a great place to live. Wichita had some really unique and interesting charity events and the YMCA system in Wichita is better than anywhere else I've ever been. But really it comes back to the people. I'm really proud of Wichita and of being from Wichita."

On distorted outside perceptions:

"I'm really proud of Wichita and of being from Wichita. I met a lady at my son's swim meet who was wearing a Wichita State hat. She said 'Oh yeah, my daughter started going to Wichita State last year, and you know, I thought Wichita would be an armpit, but they have a Whole Foods and everything.' That's the perception that Wichita is facing from a lot of people. Wichita is the biggest city in the state of Kansas; it has the most economic growth in the state of Kansas and the tallest building in the state of Kansas, and people think it's a horse town. Wichita could probably do better in marketing itself in that regard, but we'll get there." 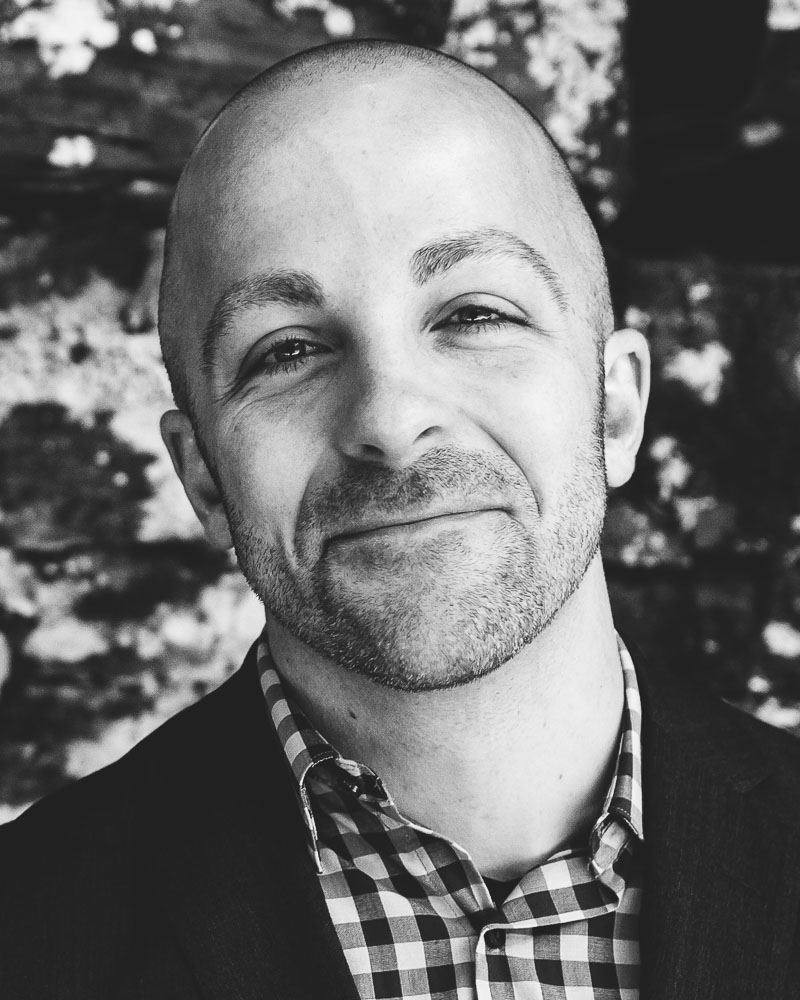 
After several close friends moved away from Wichita, Jared decided in 2011 to take the opportunity to move closer to family living in the northeast. Brickman moved before James Chung spurred discussion around the Four Challenges and says he's glad to hear Wichita is addressing its challenges.

On getting plugged in:

"Wichita has a great culture scene — despite what you might think — and people there are just super friendly. Speaking as a transplant coming from New York, it was not hard at all for me to get myself deeply involved in a lot of great stuff going on. You don’t have that same experience everywhere you go.”

“At least from what I remember, the employment market was not as multidimensional as I would have wanted it to be. I was working at a boutique ad agency that worked mainly on business aviation clients, which was great — it was great work. But if I really wanted to get outside of that, there weren’t a whole lot more employers I could go to and do different work.”

These are our new settlers, hailing from cities near and far, big and small. 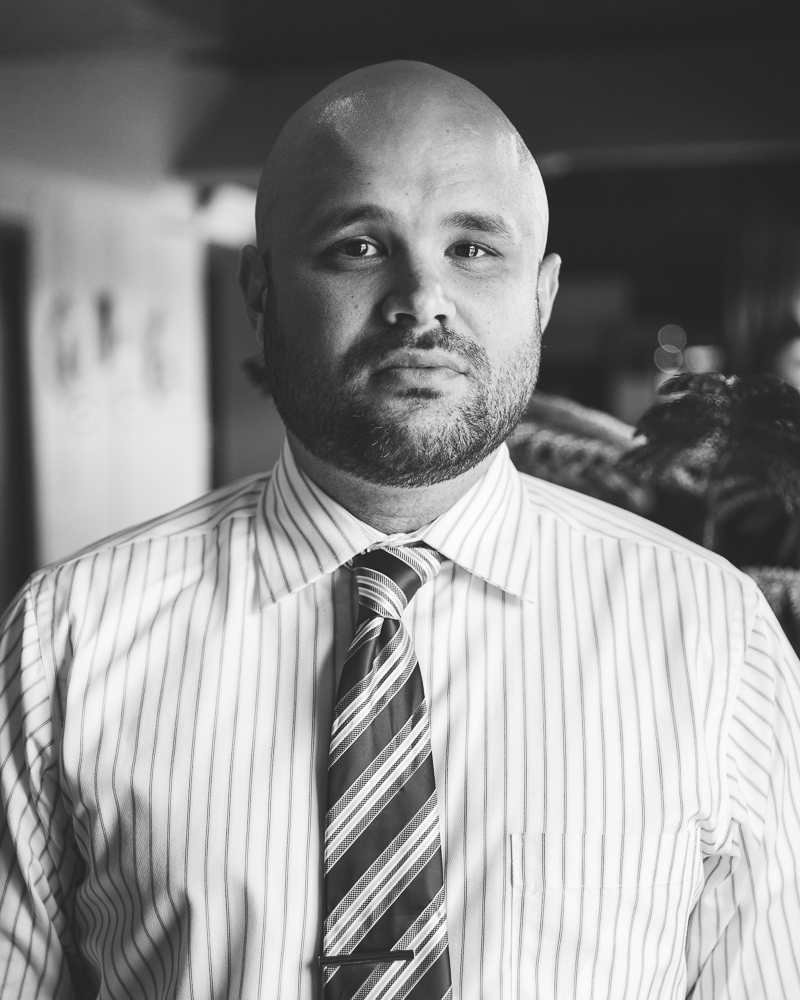 
Bryan Horwath moved to Wichita after working in several smaller towns throughout the northern Midwest. To him, Wichita doesn't live up to its reputation of being a small city with little to do.

"I think there are influential people in Wichita who are trying to sort of get Wichita closer to that point, and it’s hard to do. Lots of cities are trying that now or have tried that — with varying results."

"People talk about Wichita being a small community, so I actually didn't realize how big Wichita was. I just figured it was 80,000, maybe 100,000 people. For me, because I was living in a small town, it was an opportunity to live in a bigger, metropolitan area. For me, there's a lot to do here." 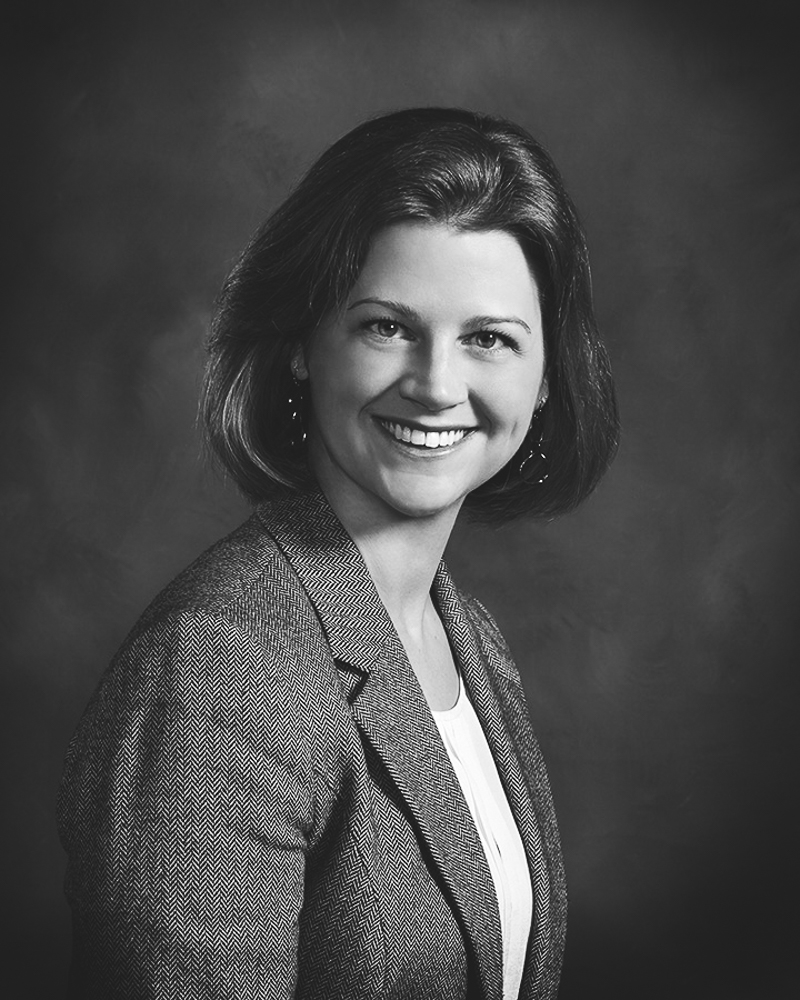 Health and safety attorney with Flint Hills Resources from Chicago


Coming from Chicago and Boston, Stephanie LaRocco was concerned with how her family would build connections in a smaller city. But where the community has lagged, her workplace has picked up the slack in getting her family plugged in.

On building new roots in a new city:

"When I found out we'd be moving to Wichita, my feelings were mixed. I knew accepting this position was a great opportunity for me professionally and for my family's overall well-being, but we had no contacts in Wichita, and the city was tiny compared to the last two places we had lived. I was worried we would struggle to build new roots in the city."

"It's easier to build connections here than I feared it would be, though I have primarily done so through work than through the larger community. That said, I think Wichita is on the upward swing in terms of developing those kinds of community events that draw people together and foster civic pride. I'm thinking specifically of the Tallgrass Film Festivals and the ICT Flash Dine." 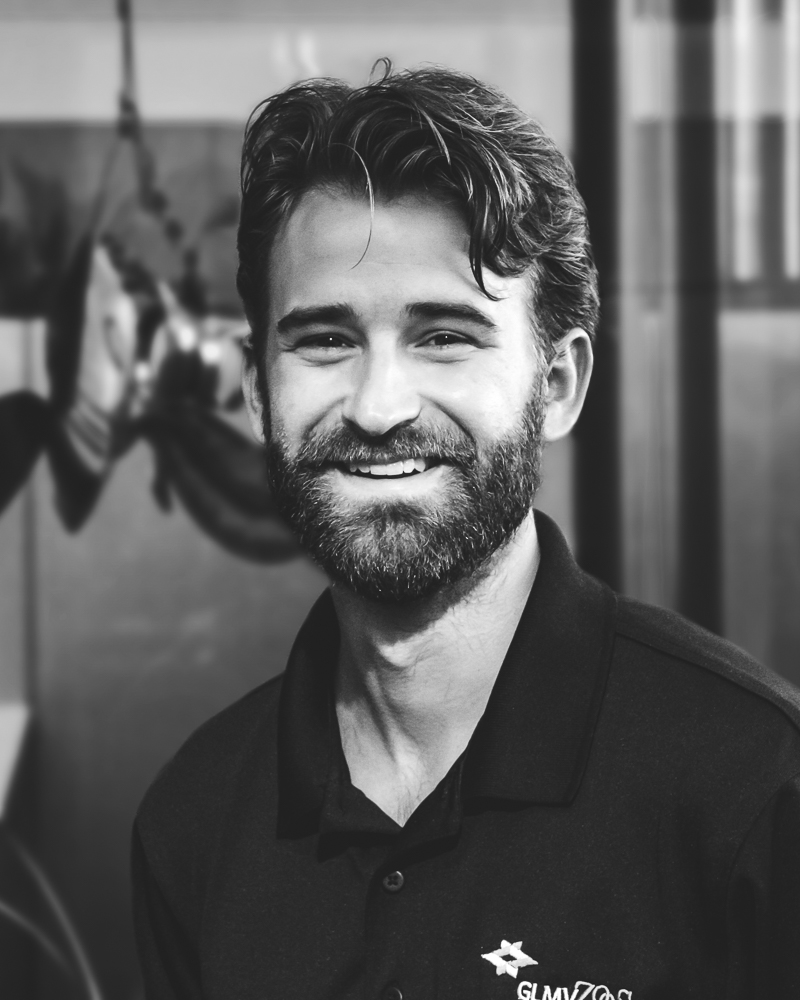 Curator of innovation and partnership at GLMV Architecture from Cleveland


Michael Clifford came to Wichita for school in 2007, and didn't want to stay. But after traveling around the country — and living in South Africa — he decided to take a job back in Wichita.

On staying in Wichita:

"I did not want to come to Wichita, even for school. That just wasn't in the plan, and then staying in Wichita definitely wasn't in the plan. I didn't have an appreciation for Wichita when I was working for Friends University. Now, working for GLMV and getting involved in things like the Douglas Design District, I'm learning how much Wichita is growing and changing, which is awesome."

On transit and sustainability:

"I would love to see Wichita increase its use of bicycle trails and lanes for transportation and sustainability. I think Wichita is well set up for modeling sustainability practices for companies and individuals, but it's not set up well for public transportation. I would also love to see the riverfront areas activated more for dining, family and outdoor experiences. That's just a great space."

Here's a profile about Michael's work at GLMV.


If you like this article, share and discuss with others who have a passion for making Wichita better.