Entrepreneurs are creative and industrial individuals. But they often need some outside help to get their ideas into the marketplace, in the form of funding.

WHERE DOES FUNDING COME FROM?

Entrepreneurs are, by definition, creative and industrial individuals. But they often need some outside help to get their ideas into the marketplace. That help comes in the form of funding.

For this article, we're defining funding as any money or capital used to get a business up and going before it is self-sufficient — generating its own profits and fueling its own growth.

That means it can come in the form of personal wealth, friends and family, traditional financing, crowdfunding, angel investing, venture capital or any combination of these.

Funding is vitally important to our entrepreneurial community. We can have all the ideas in the world with entrepreneurs ready to bring them to market. But if they don't have the support they need through early and sustained funding, those ideas won't have a chance.

Let's explore each of these funding types and how they work — or don't work — in Wichita's current ecosystem. 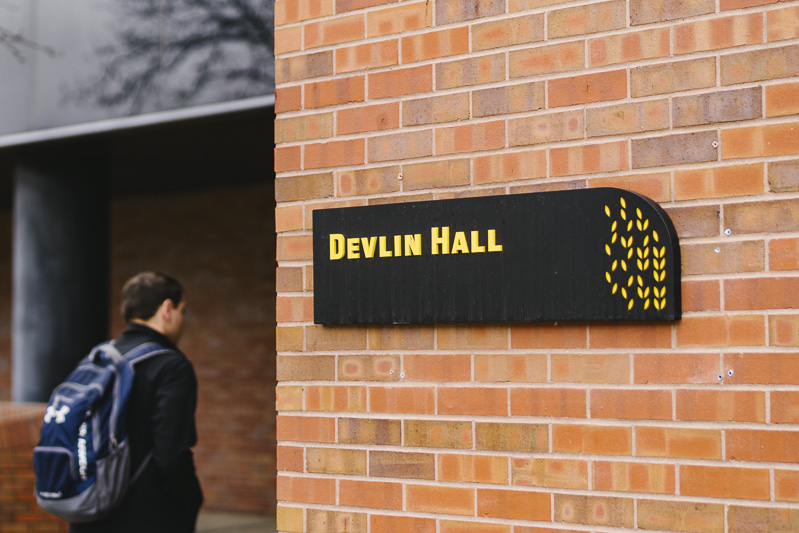 Obviously, some entrepreneurs are wealthy enough to fund their own ideas — especially if they are serial entrepreneurs who have already garnered some wins.

Others may have some savings but really need to reach out to others in their network for funding for their business in the early stages.

You kind of go through yourself, your family and friends first. That's associated closer to the ideation phase or the discovery or validation process.Mark Torline

"You kind of go through yourself, your family and friends first," Torline says. "That's associated closer to the ideation phase or the discovery or validation process."

This money is really there to explore an idea — to see if it's something for which it is worth pursuing additional funding. Maybe it's funding to build a prototype, conduct research, or even take time off work to develop the idea.

Once they've taken out a second (or third) mortgage, bugged friends, family and extended family, entrepreneurs might be ready to seek out other funding sources.

This involves getting a loan from a traditional bank to help fund your business. For most technology-based startups, there isn't enough collateral to get a traditional loan. But for some companies, inventory loans, which use product inventory as collateral, could work.

Trish Brasted, president and CEO of Wichita Technology Corporation, says most startups aren't able to pursue traditional bank financing in the early stages. But it's a good idea to build relationships with banks sooner in the process than later.

You will need bank financing at some point in your company's life, so build those relationships early.Trish Brasted

"You will need bank financing at some point in your company's life," she says. "So build those relationships early."

While many perceive a gap in some aspects of entrepreneurial funding, Brasted says traditional bank financing is not one of those.

Wichita has a network of banks and financial institutions for entrepreneurs to choose from when the time comes, "so I don't think of it as a gap," she says.

For capital-intensive technology companies that can't get traditional financing, crowdfunding could be an option. Sites like Kickstarter, GoFundMe and Indiegogo are all ways to raise money from anyone who sees value in your idea or product, from across the country to around the world.

This is similar to friends and family funding because you're likely to tap the same people for help with crowdfunding, but it also spreads through social media or word of mouth to reach a wider audience in the community or even the region.

A significant benefit of crowdfunding is that it's available to anyone and everyone. No matter what you're told by your bank, family or friends, you can take your idea to the community and get potential funding.

Downsides to crowdfunding include the time limit to collect a minimum funding limit and the fee placed on investments by the organization itself. For example, Kickstarter assesses a 5 percent fee on the total amount raised, and if the minimum funding goal isn't met, no money is received.

Angel investment is the first category of institutional, or pooled investment, funding for entrepreneurs and startups. As a founding member of the Midwest Venture Alliance, an angel group that has been doing deals since 2005, Brasted is an expert.

"Angels are investing their own money," she says. "So it has an emotional and passionate side to it that venture capital doesn't have. ... There's much more of a personal commitment."

While it is personal, it's also professional. Brasted says the setup is similar to a mutual fund in that it's a portfolio built with enough diversity to hedge against risk.

Angels are investing their own money, so it has an emotional and passionate side to it that venture capital doesn't have.Trish Brasted

The goal is to get the group to make a 15 to 25 percent return on the portfolio overall.

Brasted says the best time for entrepreneurs to seek out angel investors is near the point of launch. Wichita has no shortage of angel investors in the city and the region. The Midwest Venture Alliance works with angel investors throughout the region, including in Kansas City, Omaha, Tulsa and Oklahoma City. She says the average angel round for a company is $375,000, so a company seeking funding in the range of $1.5 million would have to go through multiple angel groups to get there.

"They're people who have significant individual wealth and are playing a significant role in the funding of these companies," she says.

But most of the companies funded through the Midwest Venture Alliance also have funding from outside the region, she says.

It's hard to say how well Wichita does in capturing angel funds — especially since funds tend to flow in a region rather than in specific metropolitan areas. The opportunity for Wichita startups to receive funding is certainly there, but they're competing with other regional hubs, including Kansas City, Oklahoma City, Tulsa and Omaha.

Venture capital provides about the same amount of funding to entrepreneurs as angel investment but to a lot fewer companies. Brasted jokingly calls venture capitalists "vulture" capitalists because they provide funding to companies already vetted through rounds of angel funding.

"It's a food chain — almost like the circle of life," Brasted says. "There's a reason to have each of those pieces. ... [Venture capitalists] aren't willing to take the risk that angels are willing to take."

While Wichita has plenty of options in the other categories of funding listed so far, it's noticeably lacking in venture capital. Wichita isn't even a blip on current venture capital rankings or even startup density. Silicon Prairie News issued a 2016 report ranking the regional entrepreneurial hubs. Of the 14 cities, Wichita ranked last on a per-capita basis, below Kansas City, Lawrence and even Manhattan. The results were based on data from the National Venture Capital Association, Inc. Magazine, the Bureau of Labor Statistics and others. 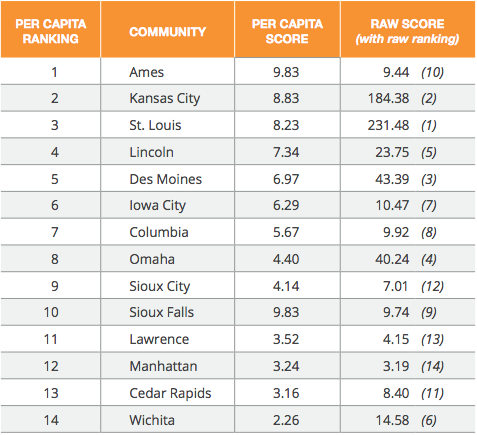 The report states Wichita is the slowest-growing ecosystem in the region, despite being one of the largest cities.

Torline says results like these could be because Wichita's startup ecosystem is fairly new and has yet to produce a series of wins.

I think we need to build out and show that we can deliver a series of repeatable, scalable ideas before we're really going to develop a deep pool of venture capital.Mark Torline

"I think we need to build out and show that we can deliver a series of repeatable, scalable ideas before we're really going to develop a deep pool of venture capital," he says.

Brasted agrees. She also says access to more funds will be vital to entrepreneurs looking to build innovative technology in the city.

"If Wichita's going to commit itself to innovative and disruptive technology, that's going to require some pretty deep pools of capital," she says.

Without that access locally, Brasted says it's important for our entrepreneurs to make relationships outside of Wichita and even outside the region. She says the best thing Wichita entrepreneurs can do is raise awareness for this ecosystem in other startup hubs that already have a foundation for funding entrepreneurs.

"Get out and tell the story on the coasts and everywhere else," she says. "Build the bridges to those financing partners because they are important."


BUILDING A FOUNDATION FOR FUNDING

Torline says when it comes to funding, Wichita is still building its foundation. Programs like the e2e Accelerator, LaunchPrep and E-Launch are all built to support individual entrepreneurs so they can attract the capital they need to Wichita.

"Give them resources. Give them content. Give them guideposts," he says. "Give them a structure where they can see how to move along, so when they're ready for capital, they've got a valid idea that can attract capital."

Some of those educational resources are already in place. Others are still in the works. Torline says ultimately, it takes patience from the entrepreneurs themselves and the community.

"[In construction], the first thing you do is build a really solid foundation," he says. "If we don't get that right, eventually it causes a weakness in the structure itself. And we don't want that."