Wichita's healthcare industry is second only to aviation in growing our economy and providing high-paying jobs. So how do we ensure it continues to grow?

Wichita's healthcare industry is second only to aviation when it comes to growing our economy and providing high-paying jobs. So how do we ensure it continues to grow?

Watch this short video to learn about the role healthcare plays in supporting Wichita's economy:


A BOOM IN CARE

If you look at any list of fastest-growing industries in the United States, healthcare services will almost always be toward the top. General healthcare is expected to add more than 350,000 jobs by 2024.

Many positions in the healthcare industry pay well, and those who fulfill these roles would be a huge asset to any city's talent pool. So what's causing this growth, and how can Wichita get in on the action?

"I would say there are two main drivers of the increasing demand for healthcare in this country, including our local area," says Dr. Garold Minns, dean of the University of Kansas School of Medicine-Wichita. "One is the aging of the baby boomer population. ... The second thing is increased technology."

Minns says the massive bump in births following World War II has resulted in a huge percentage of the population aging at the same time, leading to a boom in healthcare needs ranging from joint replacements to in-home hospice care.

This increase in demand has been met with an influx of new technology to make things like major surgeries and cancer screenings more accessible.

I would say there are two main drivers of the increasing demand for healthcare in this country, including our local area. One is the aging of the baby boomer population. ... The second thing is increased technology.Dr. Garold Minns

"So technology is allowing us to do much more and diagnose things much earlier," Minns says.

This boom has caused hospital networks to escalate recruitment efforts and educational institutions to develop new programs, so that people in need of good healthcare won't be left wanting.

From the University of Kansas School of Medicine to Newman University and Wichita State University, there are plenty of programs in Wichita attempting to fill the gaps.

Newman University has long been a source for nurses, pre-med students and health specialists across the state. But in recent years, the school has doubled down on science and healthcare.

"About 10 years ago, probably a third of our students were science or nursing and allied health majors. Now it's more than half of our undergraduate student population," says Dr. Noreen Carrocci, president of Newman University. "And now with the new Bishop Gerber Science Center, we have a lot of wonderful research labs, so I suspect that more of our students will go on for their PhDs in the sciences now." 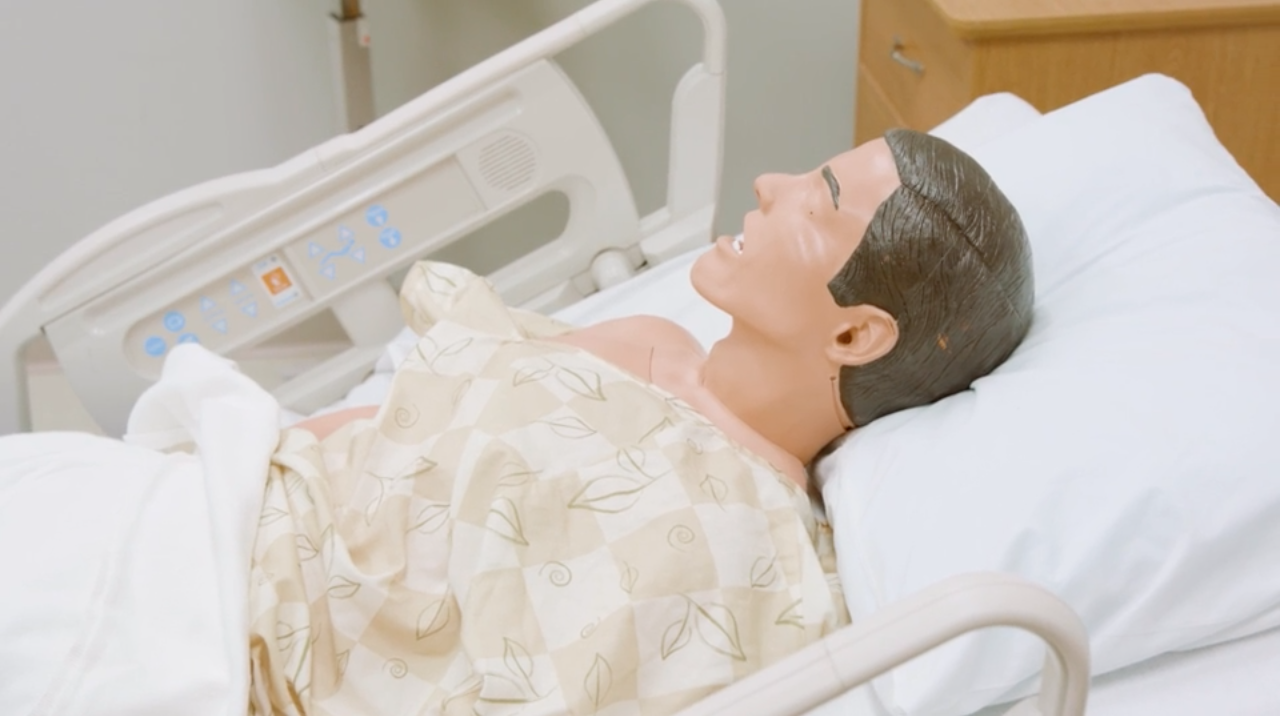 The center also symbolizes an increased collaboration between Wichita's higher education programs and the city's hospitals, which are largely recruiting directly from places like Newman, Wichita State University and WSU Tech, which has a quickly-growing skilled nursing program, and expect nurses and practitioners to hit the ground ready to provide in-demand care.

"We've partnered to a great extent to allow that real-world experience as much as possible through very innovative simulation labs," says Claudio Ferraro, chief operating officer of Via Christi Clinics and administrative dyad leader for Ascension Medical. "We are reliant on all these organizations to fulfill their missions for us to fulfill ours, and that's why, over the years, these partnerships have been really germane to our success."

Ferraro says hospital networks like Via Christi and Wesley even go as far as to advise healthcare programs on class sizes to calibrate the numbers of graduates to the positions hospitals are trying to fill.

About 10 years ago, probably a third of our students were science or nursing and allied health majors. Now it's more than half of our undergraduate student population.Dr. Noreen Carrocci

On the flip side of that, the hospitals also work with local high schools to create interest in healthcare fields well before college. The St. Gianna program gives high school students first-hand experience with on-site exposure to clinical programs.

"So, when we talk about recruiting and planting the seed of trying to consider healthcare as a career, we've got high school students dressed in red scrubs, and they're all over the place," Ferraro says. "So, we're trying to be innovative way upstream to get the healthcare professionals for tomorrow. ... It's win-win for the local universities, too."

To recap, Wichita hospitals generate interest in healthcare by providing hands-on experience to local high school students. Then, these hospital networks work with higher education programs to ensure they have enough graduates to fill high-priority positions. Then, some of those graduates move on to KU School of Medicine while others move into the local workforce.

But what happens if they don't move into Wichita's workforce?

Like any other industry, attracting top talent in healthcare is no easy feat for Wichita hospitals and clinics.

"I don't think it's any secret that the Midwest is more difficult to recruit to for a lot of specialties," Minns says. "We recruit heavily from our own Midwesterners, but some of them want to see the world. And people who live on the coast have an image of the Midwest that's probably not very accurate."

Upwards of 50 percent of the doctors in Kansas go through KU School of Medicine, whether for their doctorate or residency program. A big focus for the school is recruiting to meet the needs of not only Wichita, but rural towns across the state.

Wichita is a healthcare hub for most of the state. The city is simply the closest place for advanced care outside of Kansas City, Oklahoma City or Denver. 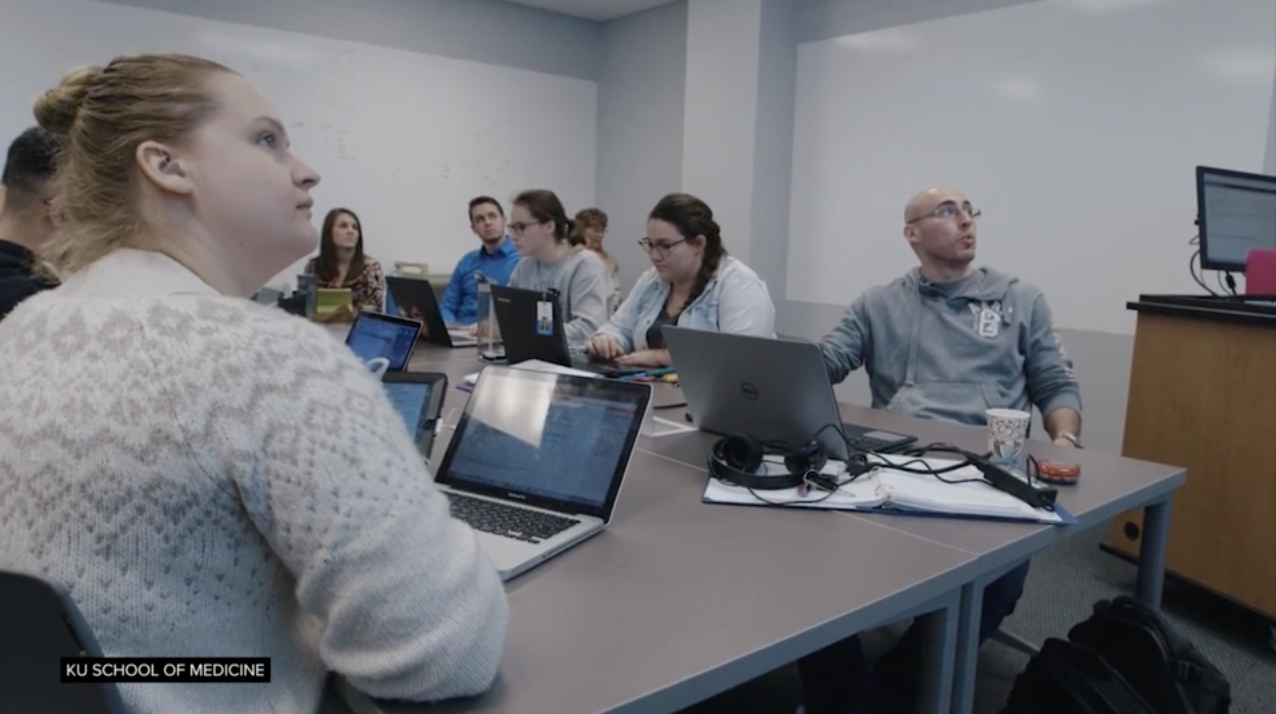 Still, it takes substantial education and recruiting to sustain that role as a healthcare hub. Ferraro says it's sometimes about knowing what to recruit for and what to leave to other healthcare sectors.

I don't think it's any secret that the Midwest is more difficult to recruit to for a lot of specialties. We recruit heavily from our own Midwesterners, but some of them want to see the world. And people who live on the coast have an image of the Midwest that's probably not very accurate.Dr. Garold Minns

"Sometimes the better decision is to allow those larger communities to fulfill that role," he says. "Wichita is not this major metro area, but it's big enough that it should have 90 percent of its needs met."

That means cities like Kansas City or Denver have close to 100 percent of their healthcare needs met within the city. Cities like Wichita have around 90 percent, and cities like El Dorado or Hutchinson have 80 percent. Each city can meet the immediate needs of its community members and then refer out to larger healthcare sectors for more specialized needs.

"It's a more regional approach, and I think that's something that we have to be successful at," Ferraro says.

Healthcare is growing not just in demand and need for workers, but as a cornerstone of the Wichita economy. While the aircraft industry swings high and low with economic booms and recessions, healthcare stays relatively flat, with the ever-present need of an aging population.

Meeting this need while supporting further growth in the healthcare industry will be vital for Wichita's future as a healthcare hub and its general growth and health as a city.

We put some of Wichita's entrepreneurs to the test by having them deliver their best elevator pitch in an actual elevator. See how they did....

Upping the pace of change through NXTSTAGE

The NXTUS startup accelerator program and the accompanying NXTSTAGE pilot competition are working to craft a new moniker for Wichita: Pilot Capital of the World....

In times of crisis, people often turn to growing their own food supply. COVID-19 has proved no different. So how are Wichita's community gardens evolving?...