Learn more about the evolution of Innovation Campus as it continues to redefine Wichita State University, Wichita's businesses and communities by creating collisions and innovation.

In the years since its inception, Wichita State University's Innovation Campus has become a powerful, and at times controversial, symbol of creative and collaborative thinking in both public and private spheres.

Innovation Campus was built around the idea of creating collisions, a term frequently used by Wichita State University president Dr. John Bardo, who was a leader in creating the Innovation Campus master plan in 2014.

Since those early days, Innovation Campus has come to life. The Experiential Engineering Building provides lab space for science, technology, engineering and math (STEM) students to experiment, study and learn from each other. GoCreate provides a space open to the public where anyone can work on their own projects and ideas. Airbus Americas moved its 300-plus Wichita employees to the campus and have since worked closely with students and the University to create a culture of innovation.

Innovation Campus has become a lot more than the institution itself. Starbucks, The Flats at WSU, Braeburn Square and the Law Enforcement Training Center are a few of the early examples of partnerships — or collisions, if you will.

There are many perspectives to Innovation Campus, and they're not all exclusively positive. We talked with students and business and community leaders to learn more about the various points of view surrounding Innovation Campus and how it can become a force for change across Wichita.

The student perspective can be broken down into two groups: students who use the new facilities on Innovation Campus and students who don't. Jessica Aldrich, a first-year graduate student studying biomedical engineering and a University Innovation Fellow, would fall into the first group. 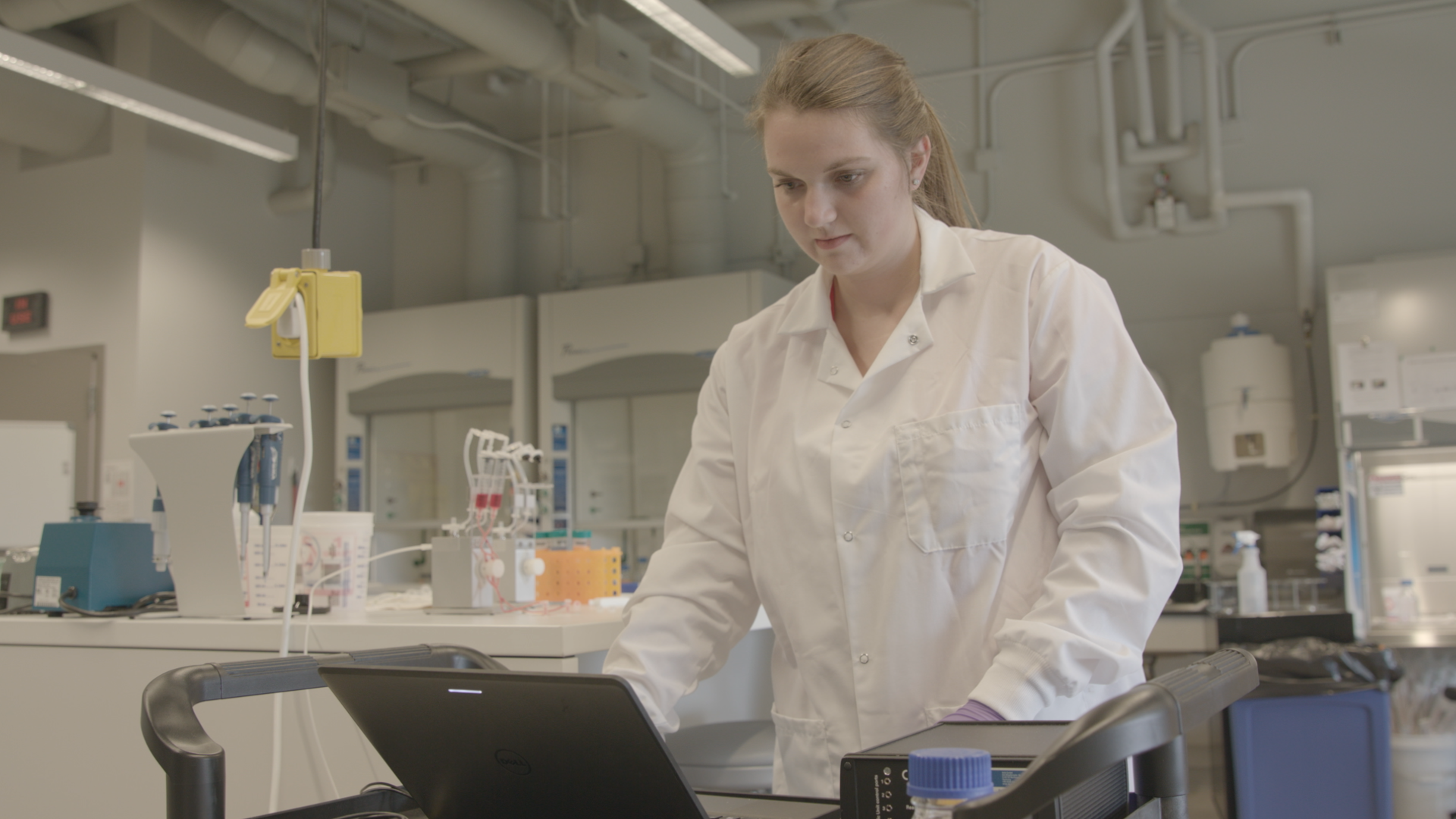 She says the new facilities allow engineering and science students to open up their eyes to various STEM fields, while learning how to collaborate and think outside their majors.

Inclusion of every student is a concern of Kenon Brinkley, student body president for WSU's Student Government Association. He falls into that second group.

"A lot of people are coming here just for an education and that's it," he says. "They feel as though some of the things that are coming to campus don't speak to that basic need at all."

Many people around the Wichita community have expressed this same concern, especially with things like a YMCA, a hotel and a private school backed by the Koch family finding a new home on the eastern side of WSU's campus.

Recent reports indicate some controversy over the Element by Westin Hotel that was originally estimated to be complete by fall of this year. In June 2016, the Wichita Eagle announced that the hotel was scheduled to begin construction at the corner of Oliver and 19th by spring 2017. In their latest report, they are now asking the question, “Where is it?”

“We absolutely think there’s going to be a hotel there, but what and when? I’d wait until at least there’s earth moving or steel going up,” Lou Heldman, university vice president for strategic communications, told the Eagle.

There are students with genuine concerns and genuine worries. I think the administration — I think the university — needs to respect that.

Currently, the university still has the hotel listed as one of their planned Innovation Campus facilities. They even provide specific details, including the estimated date of completion, total rooms, operating company and even the architect that was originally announced for the design plans.

The controversy that surrounds Innovation Campus most likely comes into play in situations just like this one. People want to know when and where things are going to happen. Change is expected, but communication is important in gaining community support. When an announcement such as the Element by Westin Hotel fails to come to fruition and leaders are seemingly ambiguous about the topic, controversy begins to arise.

In addition, reporting by the Wichita Eagle showed that despite Wichita State being on public land, the nonprofit WSU Innovation Alliance could sublease land to third parties without public discussion or a vote.

It's this type of public-private relationship that has some, including Brinkley, concerned.

"There are students with genuine concerns and genuine worries," he says. "I think the administration — I think the university — needs to respect that."

One of the most obvious benefits of the new Innovation Campus model is the proximity students have with businesses — and vice versa.

"This is the only place where Airbus has all of this research, all of this academic and engineering capability embedded in one location," says John O'Leary, vice president of engineering for Airbus Americas, Inc. "Airbus came to Wichita to take advantage of the talent pipeline here, and being on this campus allows us to work with the students here on the campus — engineering and non-engineering students alike — through what's called the applied-learning model that was really envisioned by Dr. Bardo as part of an activity that can happen on this campus."

This is the only place where Airbus has all of this research, all of this academic and engineering capability embedded in one location.John O'Leary

In the two years since Airbus first came to WSU, O'Leary says his company has already taken advantage of the talent on campus to complete a prototype project alongside the National Institute of Aviation Research (NIAR), the WSU School of Engineering and Dassault Systèmes, a French software company that also has a presence on Innovation Campus.

O'Leary says Innovation Campus isn't about transferring information. That gets around the globe very quickly through technology. Instead, it's about transferring knowledge, which happens in the day-to-day interactions only made possible through close proximity.

"You can't schedule innovation," he says. "But you can establish the environment where more people can come in and be involved in the conversation."

Joining the conversation now are community members from across Wichita, but mostly from the neighborhoods surrounding Wichita State's campus.

"I see the collisions and collaborations and partnerships as a true part of who we should be and who we should have been," says Lavonta Williams, former Wichita City Council member for District I and a longtime advocate for the Fairmount neighborhood just south of WSU. "You have more people feeling that they can come here."

Williams says the Wichitans living in the surrounding neighborhoods didn't feel welcome on Wichita State's campus in the past. With Innovation Campus, that's changing. 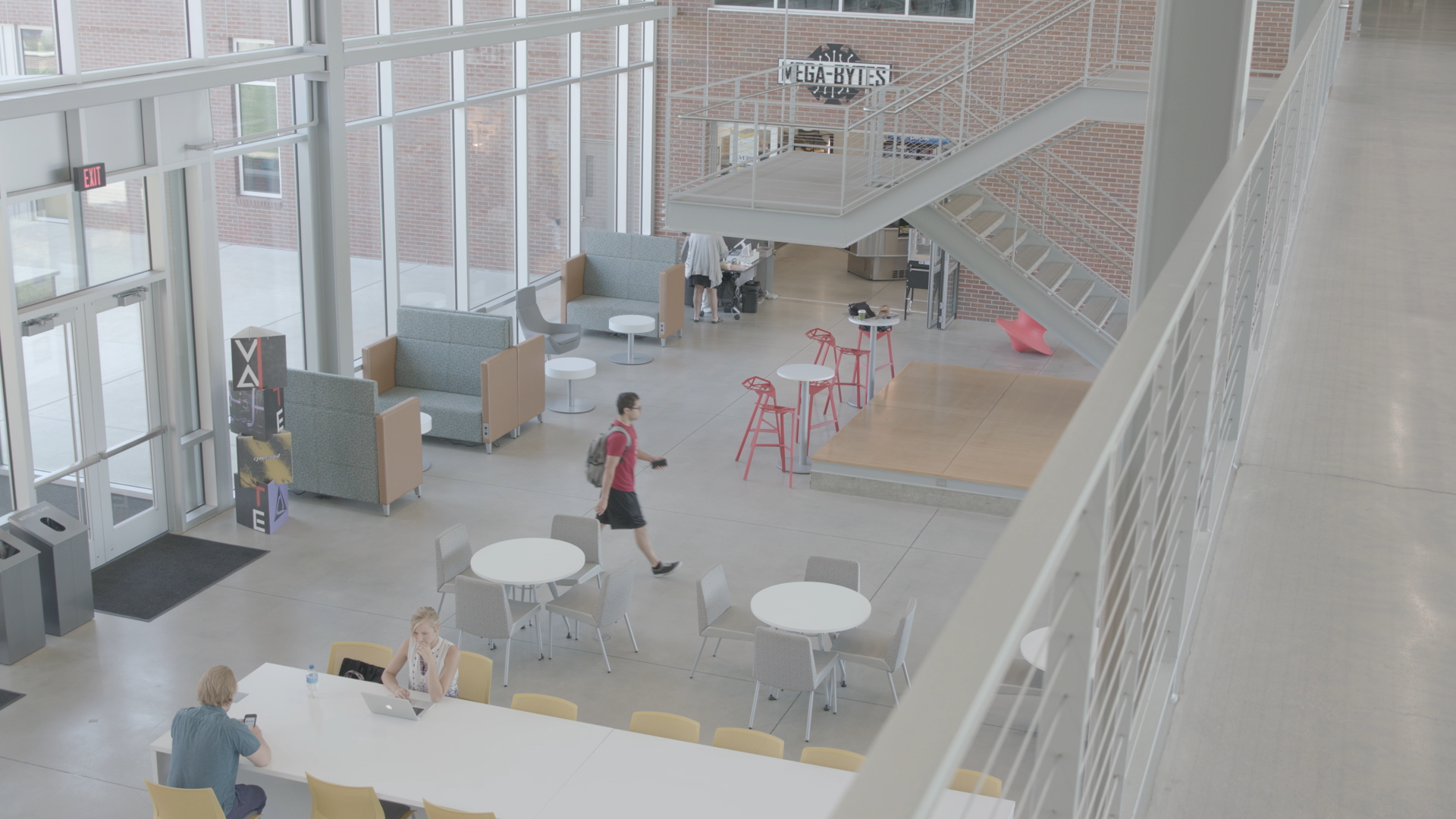 "That's another win-win for the community," Williams says. "It is a place where our young people who are surrounding this community now feel like they can go to campus here. They can come onto the WSU campus and go to school, where many thought before that they could not come."

The change in relations between Wichita's largest university and the community comes at a good time. In his latest presentation, data analyst James Chung pointed out that Wichitans are not as supportive of higher education as residents in other communities. Only a third of Wichitans responding to a survey said they thought universities were having a positive effect on the direction of the country.


BUILDING A LEGACY OF INNOVATION

If we can't support these institutions and the educated workforce they produce, what can we support?

"I think the more we can build support for Innovation Campus and for Wichita State within the community, the more people will start to value higher education," Aldrich says. "There's always going to be people who are skeptical of what's going on here, which is good because it raises concerns and allows us to really talk through the pros and cons of what's happening. ... I think that'll help Wichita move in the right direction long-term."