Is Wichita a College Town?

Is Wichita a College Town?

Is Wichita a college town? Sure, we have a college, but we have so much more. We're also a hub for industry, retail and culture.


DOES IT JUST TAKE A COLLEGE?

If so, Wichita certainly qualifies as a college town. But we're also much more than that. We're a hub for industry, retail and culture — a true multifaceted city.

But that doesn't mean we can't also take advantage of our role as an education hub.


WHAT IS A COLLEGE TOWN?

Manhattan, Kansas and Lawrence, Kansas are built around the colleges they host. So are Lincoln, Nebraska and Norman, Oklahoma. But not every town that has a college would necessarily be considered a college town. Is Austin, Texas a college town? What about Omaha, Nebraska?

To be a college town, it takes more than a college. According to Livability.com, a website that ranks America's most livable small and mid-sized cities, college towns are "places where the identity of the city is both shaped by and complementary to the presence of its university."

"It's the home of Indiana University, and I had the pleasure of being a student there," she says. "When you're in Bloomington, you know when the university's in session because it's more crowded and that population swells, and you really feel it when it's summer and there aren't as many students on campus. ... When the university population is not that far off from what the city population is at, that feels like a college town to me."

In Wichita, we have about 20,700 students attending four-year universities, according to the most recent enrollment numbers from Wichita State University, Newman University and Friends University. That represents about 5.3 percent of the total population. 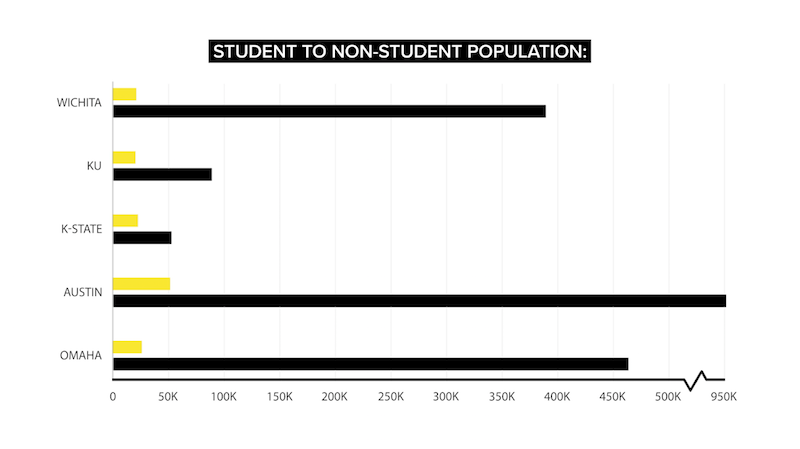 "I think it feels different because we're in a city," Hall says. "You don't feel the [population] swell when school starts in the fall in the way that you might in Manhattan or Lawrence."

Livability.com says, "It doesn't seem right to call a place a college town if you can't tell classes are in session with a quick glance at the mix of people on a busy sidewalk."

Unless you're on a campus itself, Wichita's population seems to stay pretty steady, regardless of when school is in session. This might disqualify it from being a college town, but Hall says it's still a college city.

A college city is bigger than a college town, so you don't feel the population shifts associated with the semester schedule, but you do have a college presence. In some cities, this presence is still pretty impactful.

In Austin, The University of Texas has a massive presence, and in Omaha, Creighton University and the University of Nebraska Omaha definitely add a college vibe. In both of these cities, student populations still only add up to represent about 5 percent of the total population — about the same as Wichita.

One reason these cities might feel more like college towns is the campus proximity to downtown areas. 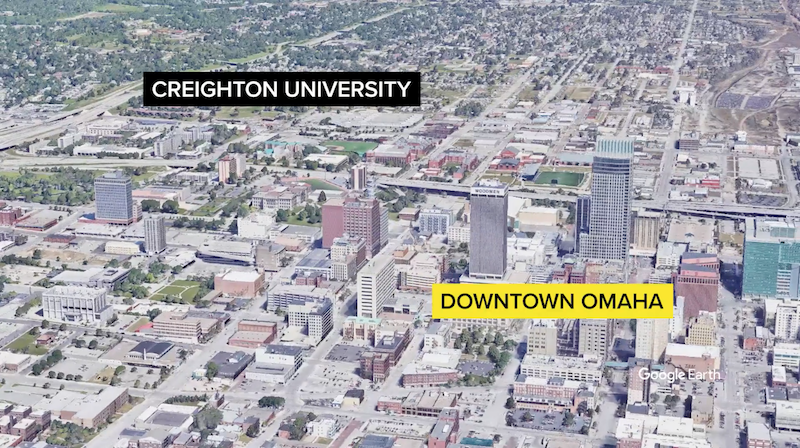 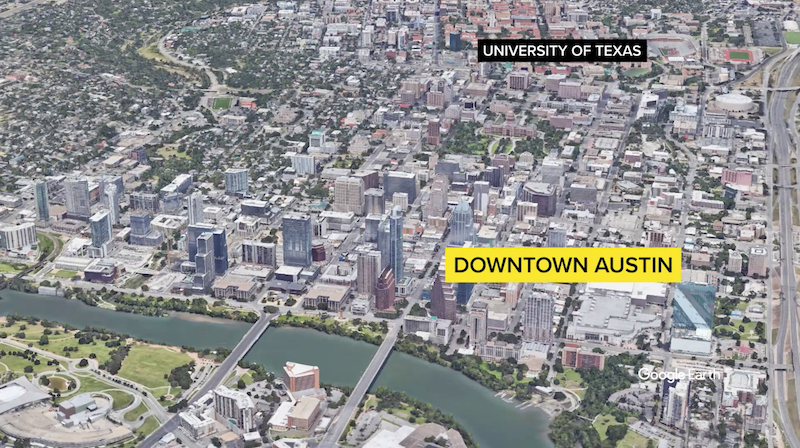 The University of Texas campus is located just north of downtown Austin. 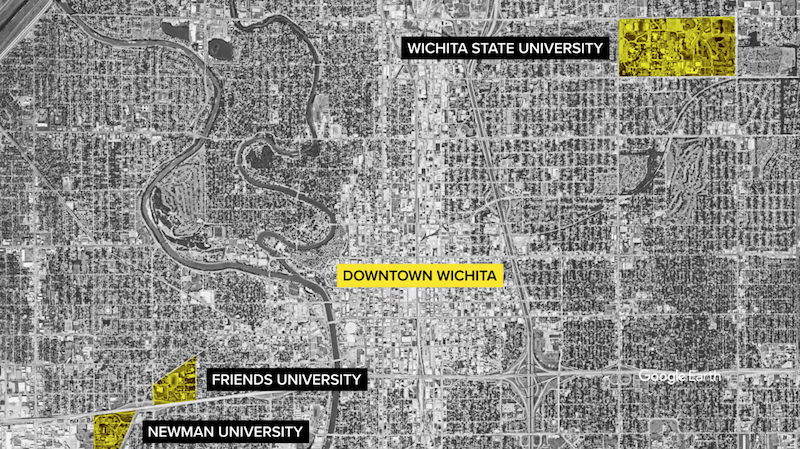 In Wichita, campuses are much further from downtown, and the largest campus — Wichita State's — is the furthest. Hall says this forces Wichita State to become a district of its own.

"We're not necessarily in the center of a city, so we're a little bit removed from that," she says. "With the work that we're doing with the expansion on the east campus, and once we build our new business building, ... I think the distance between the institution and the city center is going to shrink."

With the work that we're doing with the expansion on the east campus, and once we build our new business building, ... I think the distance between the institution and the city center is going to shrink.Dr. Teri Hall

Hall says WSU is also ensuring students have the opportunity to get downtown by allowing anyone with a WSU student ID to ride Wichita buses for free.

But WSU is also working on creating its own district, full of things to do and places to eat and hang out. Braeburn Square, on the east side of campus, has already brought in a Starbucks and has plans for a Fuzzy's Taco Shop, as well. A hotel, a gaming arena and a YMCA are also in the works.

"I truly see this district becoming a place that all kinds of folks want to come to," Hall says. "Not just for basketball games, but for all kinds of other reasons. So you mark my words, in five to seven years, it's going to be very different in this area."

Hall says Wichita State is actually in a position to expand because it's not close to downtown. In a more spaced-out area, the university has more real estate to work with.

"We may not be in the heart of the city, but we have room to grow and expand," she says.

So what do we do with the educational institutions and resources that we have here? And what do the universities do with what they have here in Wichita?


HARNESSING WHAT WE HAVE

While there are many students who want to experience the college town feel, where an entire town revolves around their college experience, a growing number of students want more opportunities to jump into the workforce. For that, a college city has the advantage, Hall says.

"We tend to get students who are from metropolitan areas," she says. "If you're from a city with all the advantages, you don't necessarily want to go to some place out in the middle of nowhere."

Wichita State has leveraged this by specifically targeting out-of-state cities within the region, including Oklahoma City, Dallas, St. Louis and Denver.

By offering in-state tuition in all of these cities, Wichita State can offer lower tuition prices to a population about the size of California.

If you're from a city with all the advantages, you don't necessarily want to go to some place out in the middle of nowhere.Dr. Teri Hall

"No other university in the state has done that," Hall says. "We're still more rural than some of those cities, but we're still a city at the same time."

A city also has more to offer students when it comes to internships and jobs.

At the same time that Wichita State, along with Newman and Friends, take advantage of Wichita's role as an urban regional hub, Wichita has the opportunity to take advantage of the talent these schools are training. Hall says it's partially the university's responsibility to ensure the community knows how to find the talent they need.

"It's about making sure that we're reaching out and developing connections," she says. "We have a lot of those as is, but we're continuing to expand those things all the time. ... I think you'll only see it expanding as we continue to grow."

Wichita is not a college town. But in the end, it doesn't need to be. In fact, it might be better for our future if it continues embracing its role as a college city, full of opportunities for students, workers and community members.