Quality of life in any city is directly related to the artist community. So how does that community work for talented artists here in Wichita?


ON THE LEADING EDGE OF VIBRANCY

Quality of life in any city is directly related to art. It's the unique ideas, visual languages and colorful imagery that bring us together — that get us talking and create community.

But the artists themselves need a community of their own — one that is embraced and supported by the entire city. So how do artists today find that community here in Wichita?

Art has been a part of Wichita's culture for decades, culminating in what many consider to be Wichita's "Art Renaissance."

"This all happened during the early nineties, and we had an explosion," says Curt Clonts, a long-time Wichita artist and host of KMUW's "An Artist's Perspective."

Clonts grew up as a self-proclaimed Wichita troublemaker. Joining the Marine Corps gave him experience living in California, Japan, Dallas, El Paso and New Orleans. While he was steadily working as an artist throughout this time, it wasn't until coming back to Wichita in 1991 that he truly connected with an arts community.

"Had my first art show in the city without knowing anyone," Clonts recalls. "At that show, I met two artists who were heavily involved in the city and they went on and introduced me to other artists in the city and it really took off."

"We went to work, and we propelled the arts in this city," Clonts says. "I was so proud and am so proud to be a part of that. From that, it's grown, and it is where it is today."

But a lot has changed since the 1990s. Community is no longer limited by physical space, and artists have many more options when it comes to creating and sharing their art.

We went to work, and we propelled the arts in this city. I was so proud and am so proud to be a part of that. From that, it's grown, and it is where it is today.Curt Clonts

So what do today's artists need from a city, and how do we ensure they can continue to create vibrancy here?

According to Clonts, there are about 2,600 artists currently working and creating in Wichita. Many of these might be working part-time, but all are making contributions to Wichita's quality of life.

"People come here, and they're constantly amazed at the quality of art, the vibrancy of the art community here," Clonts says. "We're like the best-kept secret in America."

But that secret is getting out, in part thanks to a larger, more connected community.

"I think it's the entire city, honestly," says Hannah Scott, a Wichita artist and co-owner of Stamp Yo Face! and Vortex Souvenir. "Artists can't make work if they don't have people to support them — or who want to look at the work. So it involves everyone."

Thanks to social media, it's easier for artists today to tap into a potential market for their art — even if that market isn't in the city they live in. 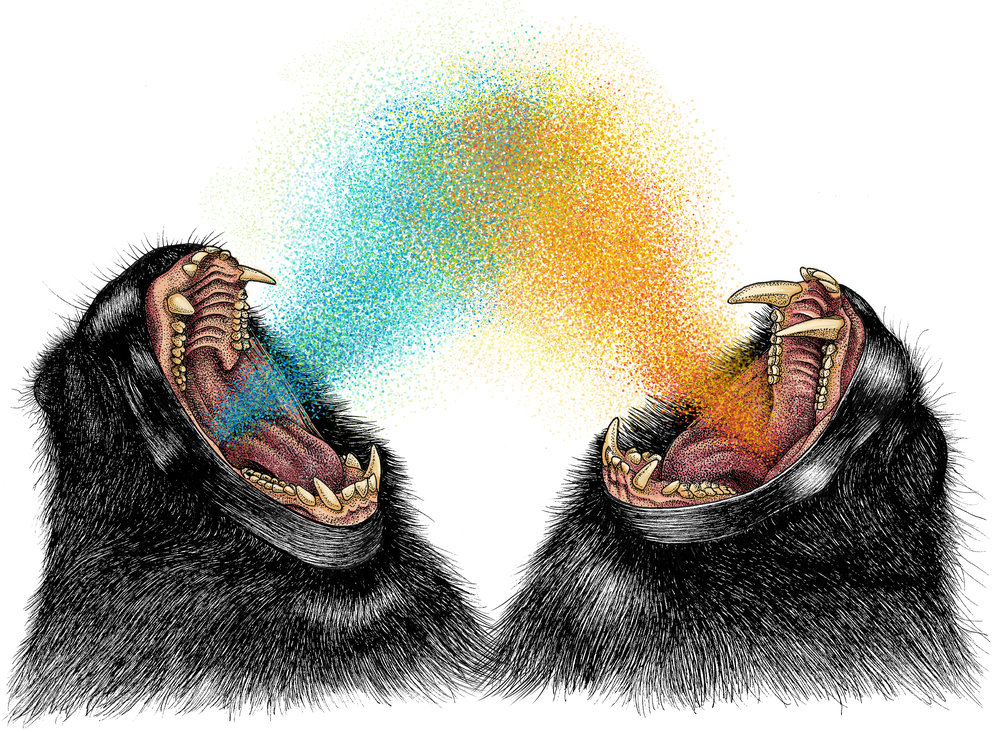 Artists can't make work if they don't have people to support them — or who want to look at the work. So it involves everyone.Hannah Scott

While it can export art, social media can also import inspiration by showing artists what's being done in other cities. Scott says that's something she's trying to do in the physical world with Vortex Souvenir.

"Being an independent artist myself, I was inspired by the work that was being made, and really wanted to support these artists and sell their work," she says. "And it elevates the work to a way that you can put one against the other and be like, 'Yeah, what's being made here is just as good as anything that's being made anywhere else — or anything that could be made somewhere else.'"

Scott's illustrations and murals can be found throughout the city, in places ranging from Reverie Coffee Roasters to Lululemon. She is one of many artists making it work here in Wichita.

While 2,600 sounds like a strong number, Clonts believes Wichita is far from hitting capacity.

"I think with social media, getting up in the morning and going to work and having that work ethic that you need to survive in any career, I think an artist can make a living here," he says. "There is no cap to what he or she can do."


SPREADING ART ACROSS THE CITY

While there are many artists from virtually every walk of life here in Wichita, art is still largely concentrated in the city center. Much of the discussion surrounding local art focuses on downtown, the Douglas Design District and Commerce Street, where murals, art crawls and galleries are in high concentrations.

Scott and Clonts both agree that this needs to change in order for Wichita's art community to progress and flourish.

"I hope that it would continue to expand into kind of underrepresented communities," Scott says. "It's really important that we're not just focusing all of our efforts downtown or on heavily populated areas. We need to really get art into every vein of the city." 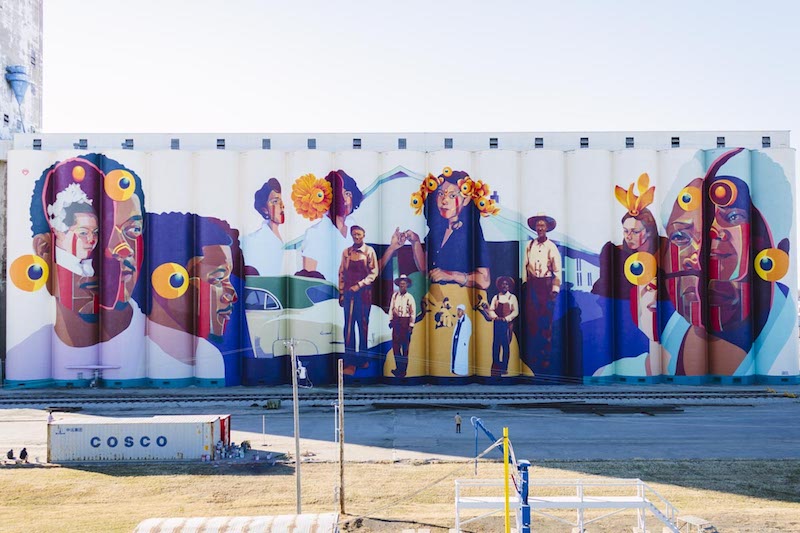 The Wichita arts scene has made several headlines lately. Last year, the Horizontes project culminated with what became the largest mural painted by a single artist in North America.

Final Fridays have also been changed to First Fridays, largely to ensure strong attendance during October, November and December, during which holidays fall late in the month.

It's really important that we're not just focusing all of our efforts downtown or on heavily populated areas. We need to really get art into every vein of the city.Hannah Scott

These changes and progressions are important for artists working and creating in Wichita, and those who enjoy their work — and ultimately purchase it. Scott says attaching more value to this work would be a good next step for Wichita.

"The work that we do is very valuable," she says. "It's a crucial part of the city and, without it, the city would crumble, I think. And so I think we just need that understanding from people who might not be artists that what we do is just as valuable as any other profession, and the monetary support should really follow that."

If that support doesn't come in Wichita, artists may relocate to cities where that support is more readily available.

But Clonts says other communities — even with more readily available resources — don't hold a candle to Wichita's sense of community.

We can all be part of Wichita’s art community, whether we create it, purchase it or simply enjoy it as we're walking around the city. But being a part of that community requires action. You can start small – attend First Friday, find a local artist whose work speaks to you and purchase a piece as you start a collection.

The community-building impact of supporting local artists extends beyond the artists themselves. The larger community becomes stronger as we gain perspective of the experiences of our fellow Wichitans.

Or, as Scott puts it, “People here are really eager and excited to participate in art, and that’s how you find that understanding of who you’re actually living with."