Urban Farming in the Age of COVID-19

Urban Farming in the Age of COVID-19

In times of crisis, people often turn to growing their own food supply. COVID-19 has proved no different. So how are Wichita's community gardens evolving? 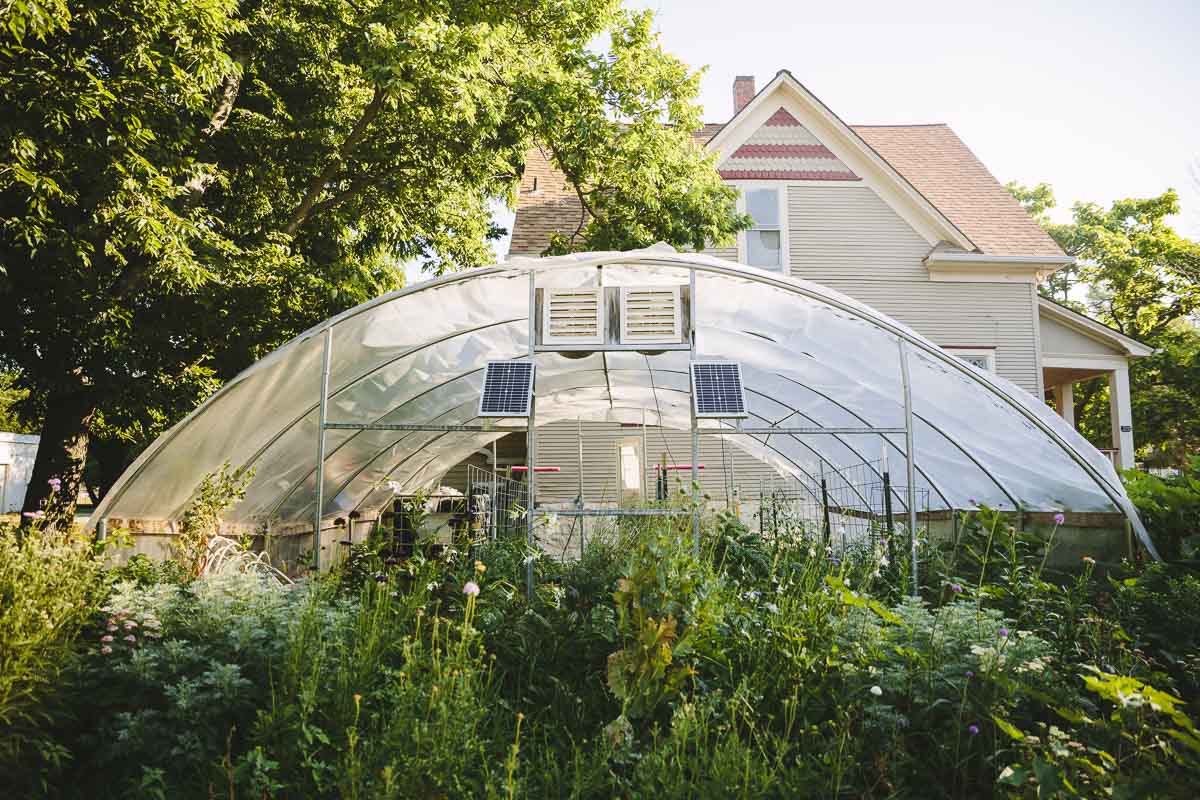 In the midst of World War II, food was rationed across America, causing many to start growing their own fresh produce. Millions of local "victory gardens" were planted to support the war effort while providing fresh produce for the community.

In times of crisis, people often turn to growing their own food supply. COVID-19 has proved no different, even while grocery stores remain open and mostly stocked.

Whether it’s because of the extra time quarantine provides, the time of year or a rise in concern over food security, gardening has become a refuge in a time of uncertainty.

But local gardening is nothing new — especially for Lauren Scislowski, program director at Legacy GardenWorks, a ministry in SoCe neighborhood south of downtown that offers opportunities for youth employment and access to local, fresh produce in the heart of the city.

"I mean, it's hard to say what the long-term impact will be, but short-term, it's kind of gratifying," she says. "We knew this was important before it was cool, which I guess is kind of a prideful way of talking about it, but it's nice to see that people are valuing what we're doing."

That value is evidenced by a growing waiting list for shares of Legacy's harvest, also called Community Supported Agriculture (CSA).

With Wichita's history as an agriculture-centered city, one might think our city would be well-versed in urban agriculture. But many of these ideas are fairly new, brought in from other forward-thinking communities like Seattle and Boston.

But what Scislowski has started with Legacy can be continued and improved upon throughout the community. With COVID-19, urban farming is ripe for growth.

The idea of combining urban farming with youth employment and community engagement really started in Boston with The Food Project, Scislowski says.

"This thing of youth really contributing in a meaningful way, combined with land use that really honors the land and brings value to a community, they really kind of pioneered that in urban spaces in Boston," she says.

Since the '90s, the idea has spread. The Food Project itself now manages 70 acres of producing farmland across Massachusetts and provides assistance to Bostonians wanting to create their own personal gardens.

The youth employment aspect also provides an opportunity for teenagers to get early job experience and contribute to something bigger than themselves. Legacy GardenWorks hires from urban high schools, group home placements, and foster care.

Scislowski had personal experience with this movement in Seattle, where she volunteered at the Seattle Youth Garden Works as part of AmeriCorps.

"I stole their name," Scislowski says. "And then I felt like it was time for me to come back and do it here [in Wichita]." 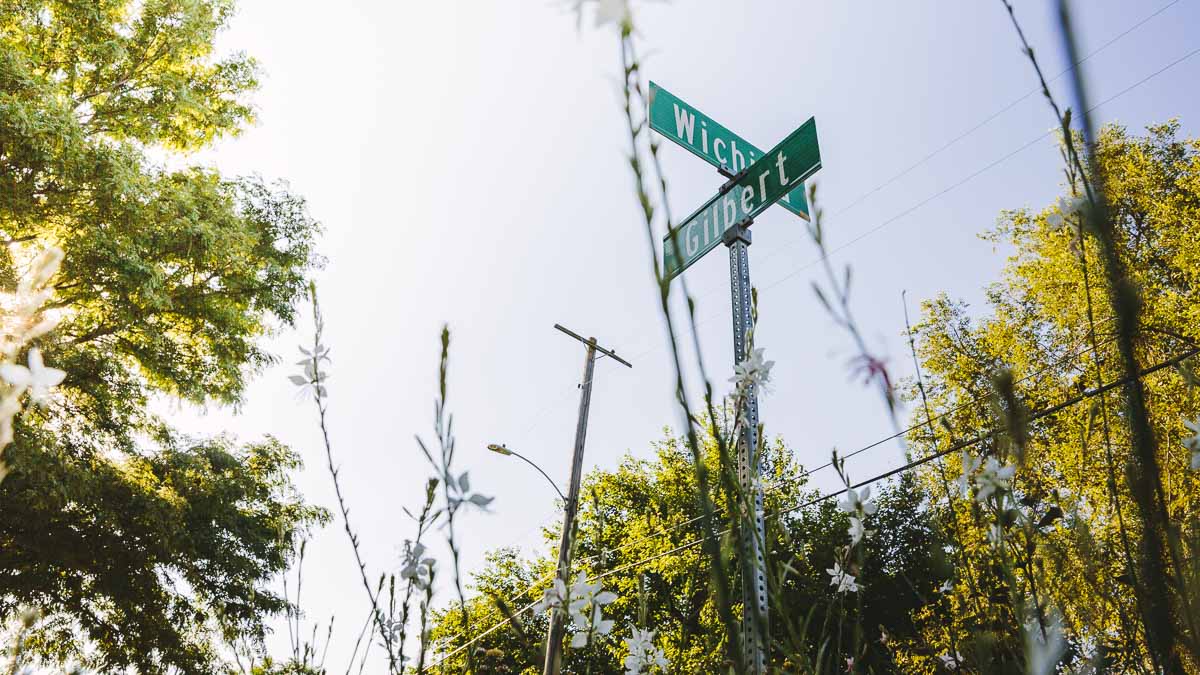 "We have commodity crop farming," Scislowski says, meaning crops that are traded, like wheat, corn and soybeans. "Kansas is just a tiny, tiny fraction of specialty crops compared to the other ones."

Kansas is just a tiny, tiny fraction of specialty crops compared to the other ones.Lauren Scislowski

So when Scislowski decided to bring this idea of community growing mixed with youth employment, she started with a blank slate. She called farmers in the area, but no one even knew what a CSA was.

"I think we were 10 years behind Seattle in terms of what was happening around here," she says.

Since 2004, Scislowski has pushed Wichita forward, creating a new community of growers and specialty farmers in Sedgwick County. She says this really hit her during a farmer's winter book club meeting.

"We went around the room and said how long we had been doing what we were doing," she says. "And I was the person who had been doing it the longest, which was bizarre. ... It's not by and large a tradition that has been handed down to us intact. It's something that we've had to reinvent because the agriculture system is so broken, and there isn't a continuity of small family farms that has been very well preserved around Wichita."

Now that this community is growing, Scislowski says she has high hopes for what the future holds for her CSA and local, urban farming in general.


THE FUTURE OF URBAN GROWING

In an increasingly COVID-influenced world, the future of urban farming looks bright. Many are trying their hands at personal gardens, and there seems to be a heightened awareness of where our food comes from and how we can ensure it stays available.

Scislowski says she has seen this impact through growth in her CSA, but she also wants to ensure this movement isn't rooted in fear.

"So, it's kind of hard because you don't want to be this fear-mongering prophet of doom where you're like, 'Watch out everyone — you won't always be able to get your cheap food from the grocery store,'" she says. "But that's kind of true. It's weird. I don't know how to talk about it. The reason sustainable agriculture is a thing is because there's unsustainable agriculture, and that's most of it."

But Scislowski has big dreams for the future, as well. One is to eventually serve as a produce retailer, helping fill the food needs of the SoCe neighborhood.

"We're a food desert, and we have not prioritized trying to really, really change that," she says. "But I like the idea of not just begging some corporate entities to come and put a Dillon's here, but to do it ourselves." 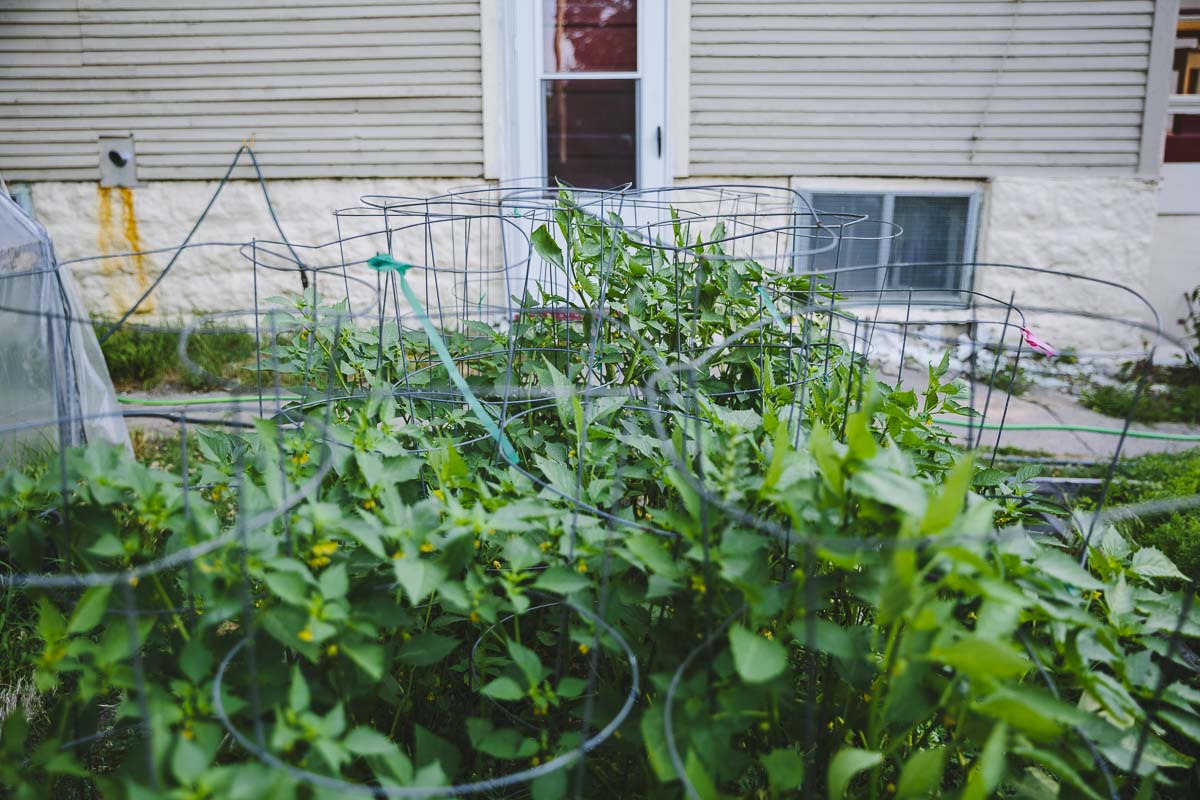 Scislowski says Wichita has the unique advantage in that, despite being an urban city, land is fairly easy to come by. She says there's plenty of unused land to grow all the produce Wichitans eat.

What would Wichita look like if there was a garden for every neighborhood in the city? What if there was food growing in the vacant lots, medians and unused easements and alleys?

Learn more about how you could get involved with Legacy or get on the waiting list for the CSA. And read this article if you want to learn more about creating your own urban garden.