Wichita's Douglas Design District is not waiting any longer to enact change in their neighborhood, turning a delayed street project into a grassroots art piece.

If you happened to drive down Douglas on April 13 or 20 between Washington and Hydraulic, you saw dozens of neon green-clad volunteers working alongside city employees to paint the streets in the familiar Douglas Design District colors.

The project not only adds color and activity to an otherwise basic streetscape, but previews a future streetscape project that will move actual concrete — a project that has been postponed for years.

Here's what Douglas Design District volunteers did about it: 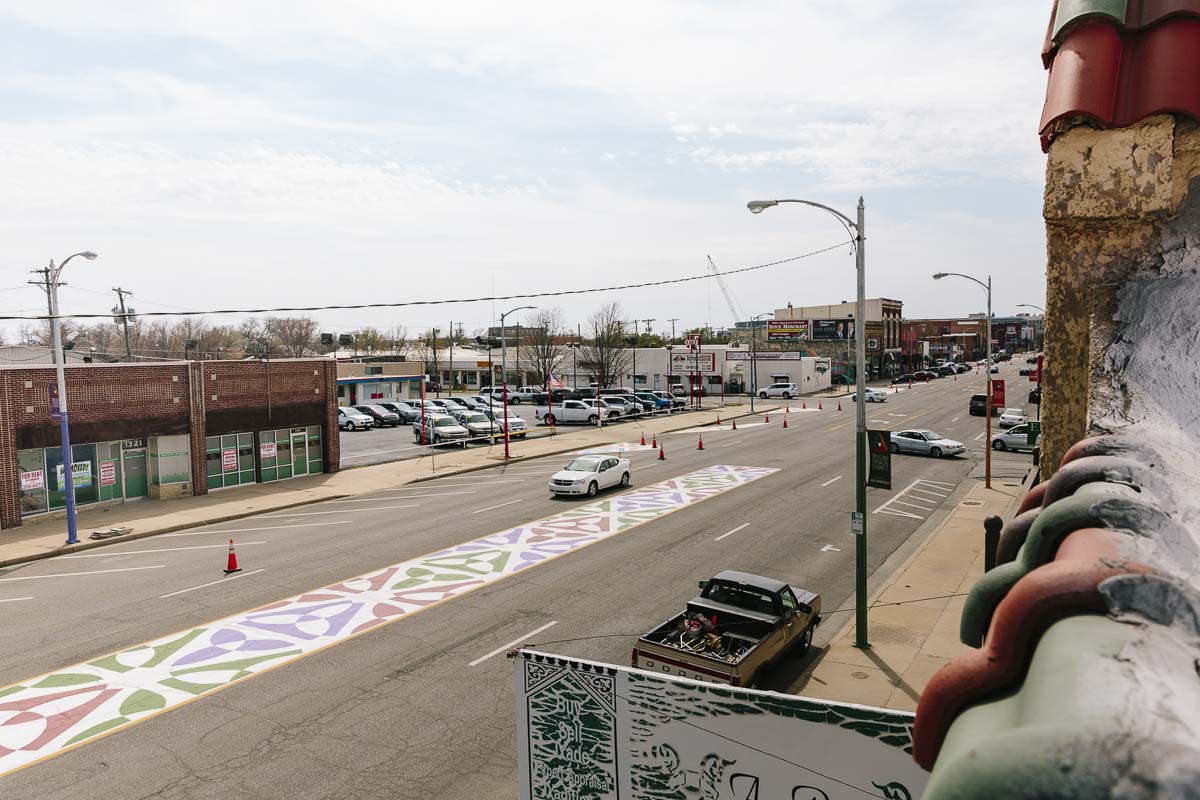 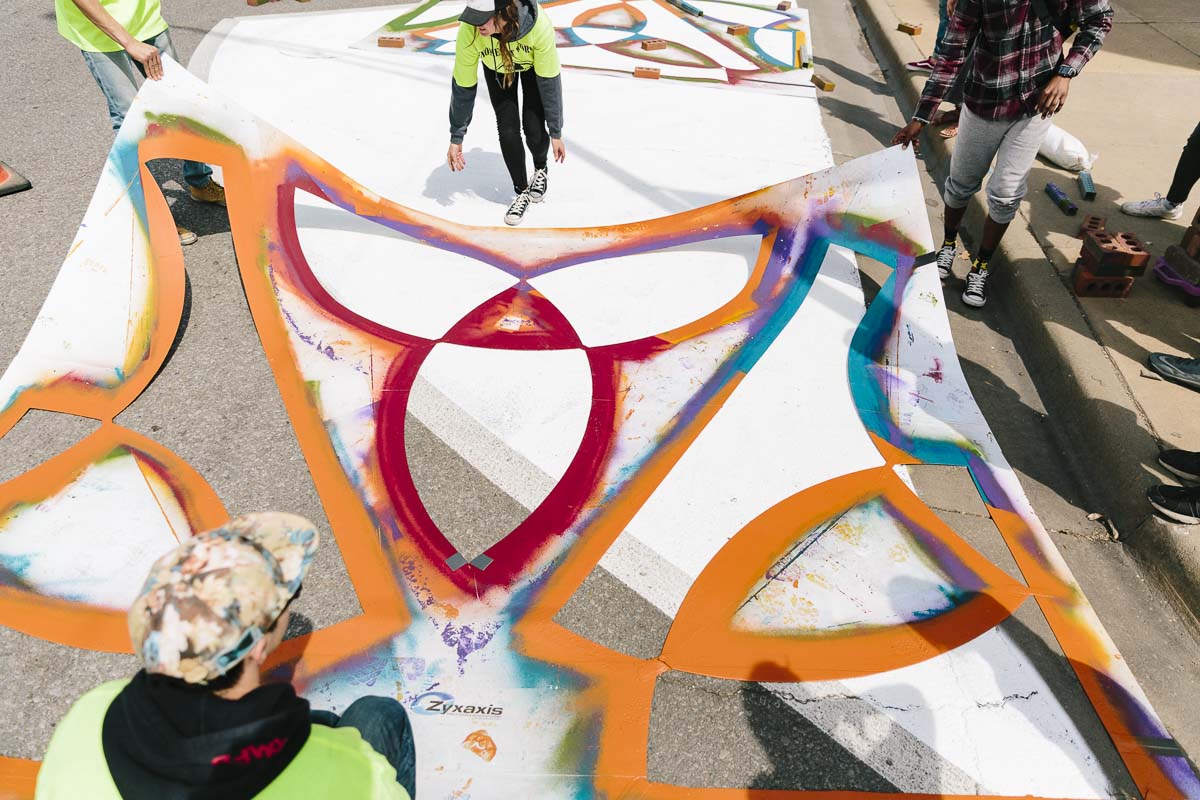 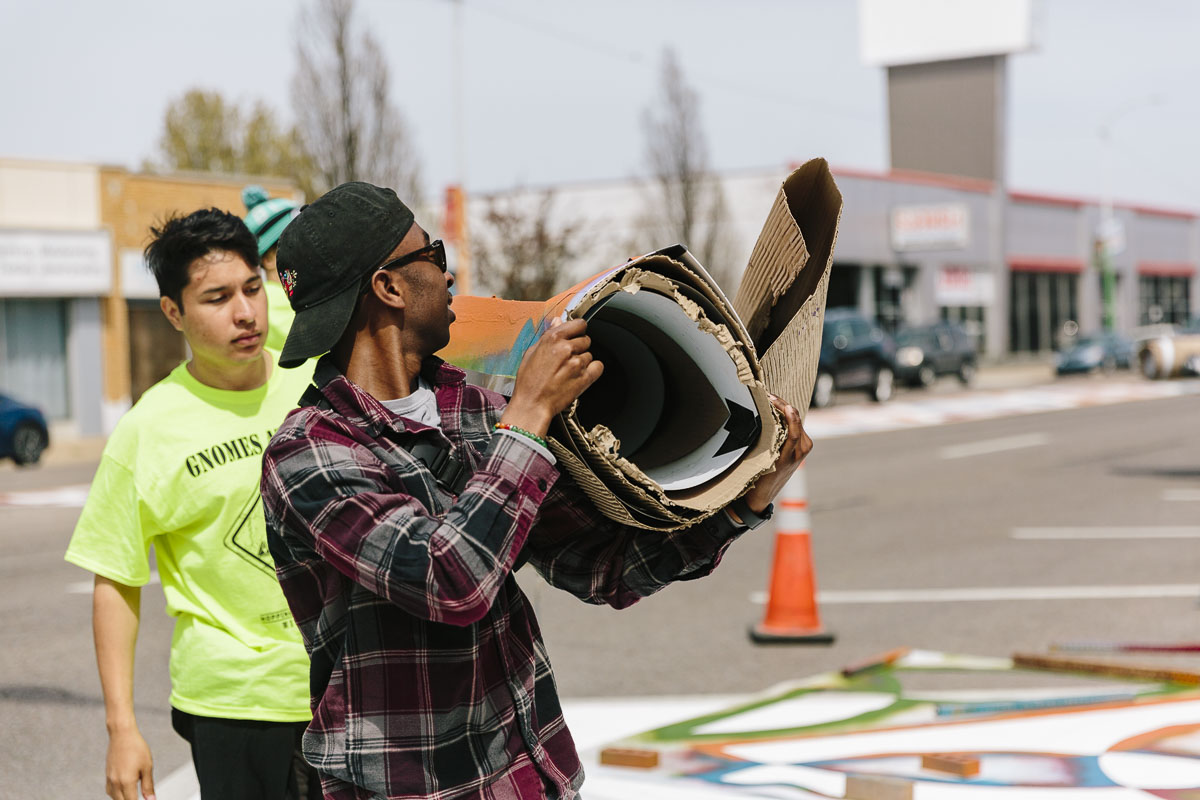 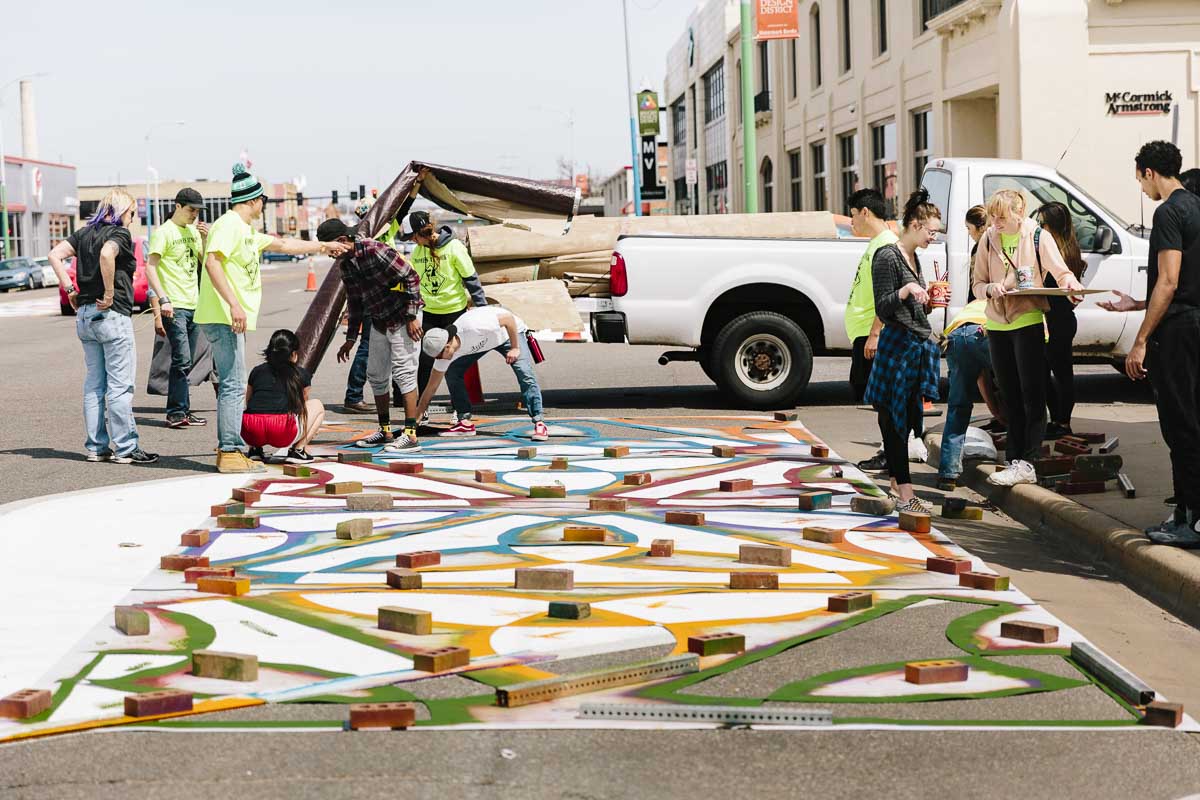 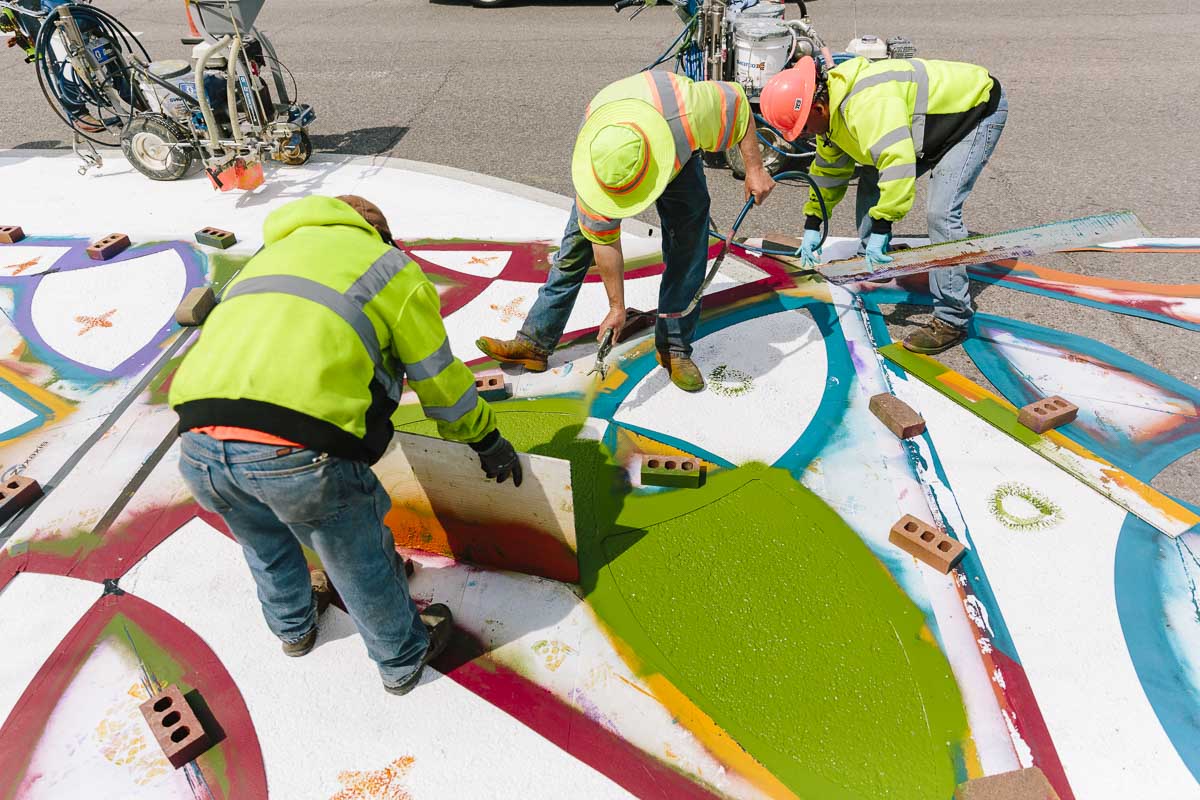 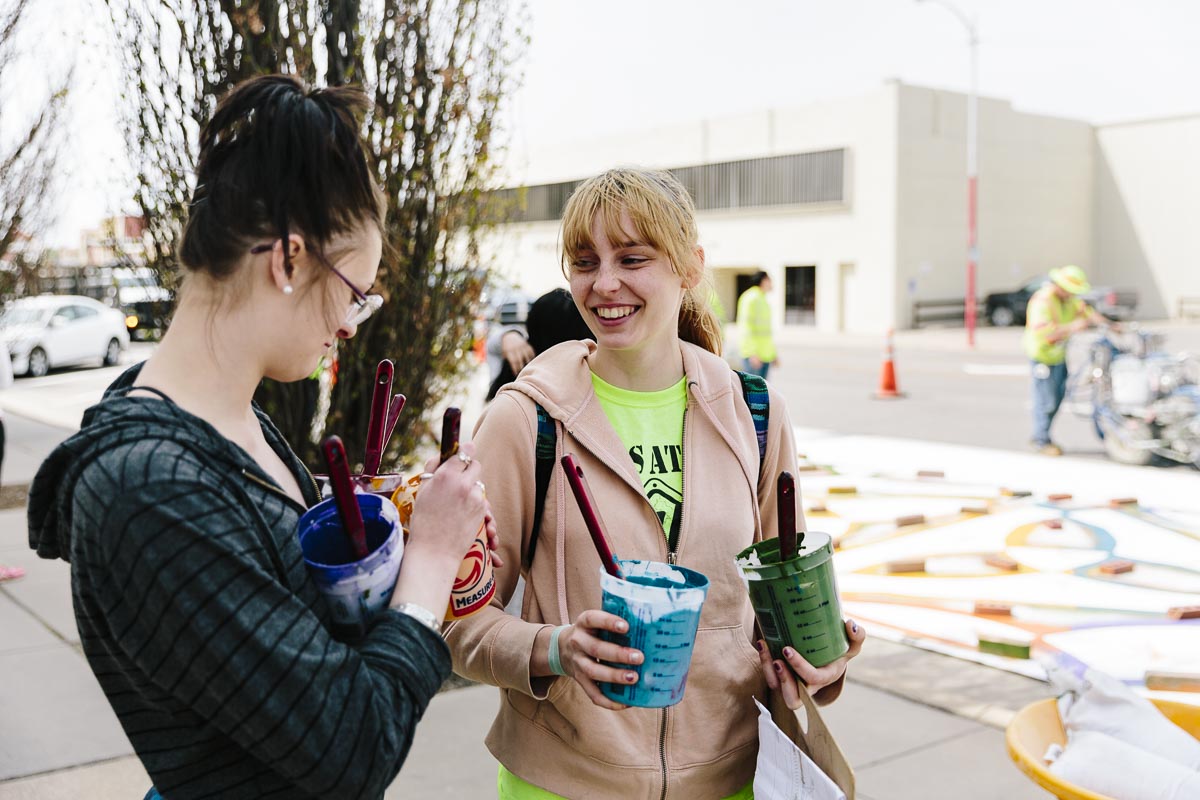 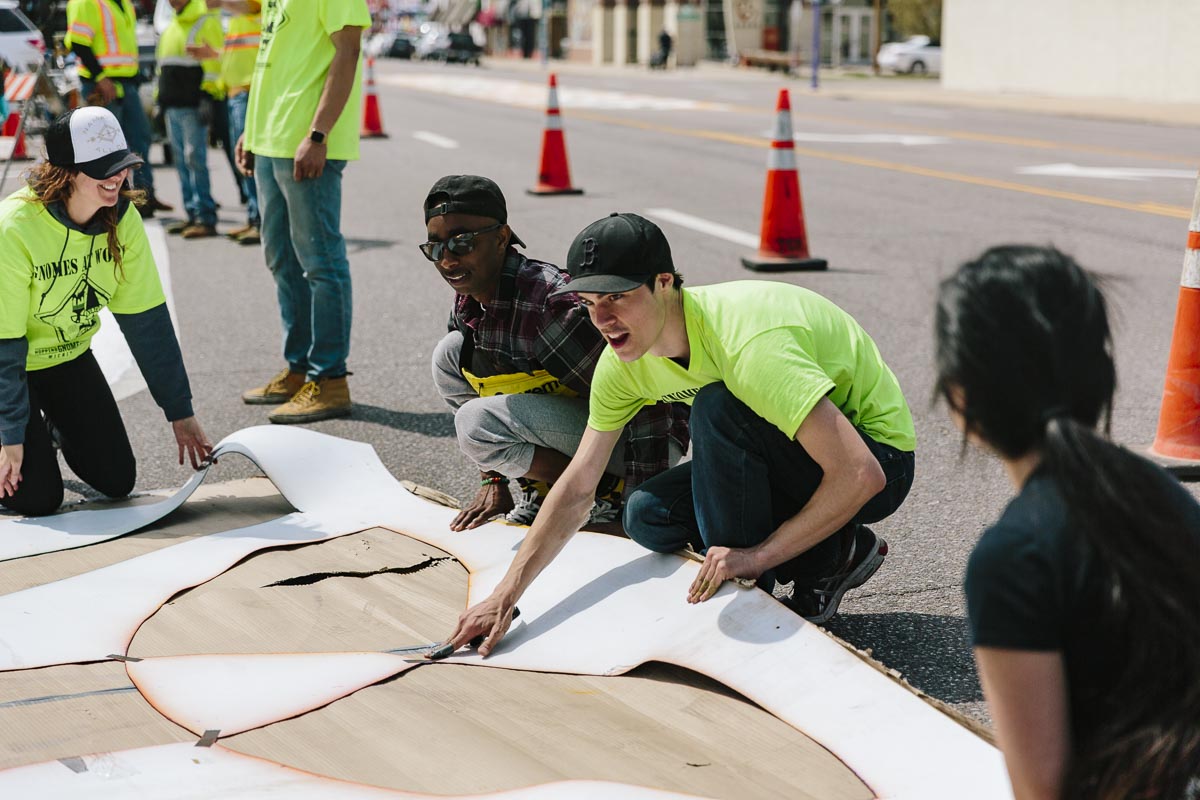 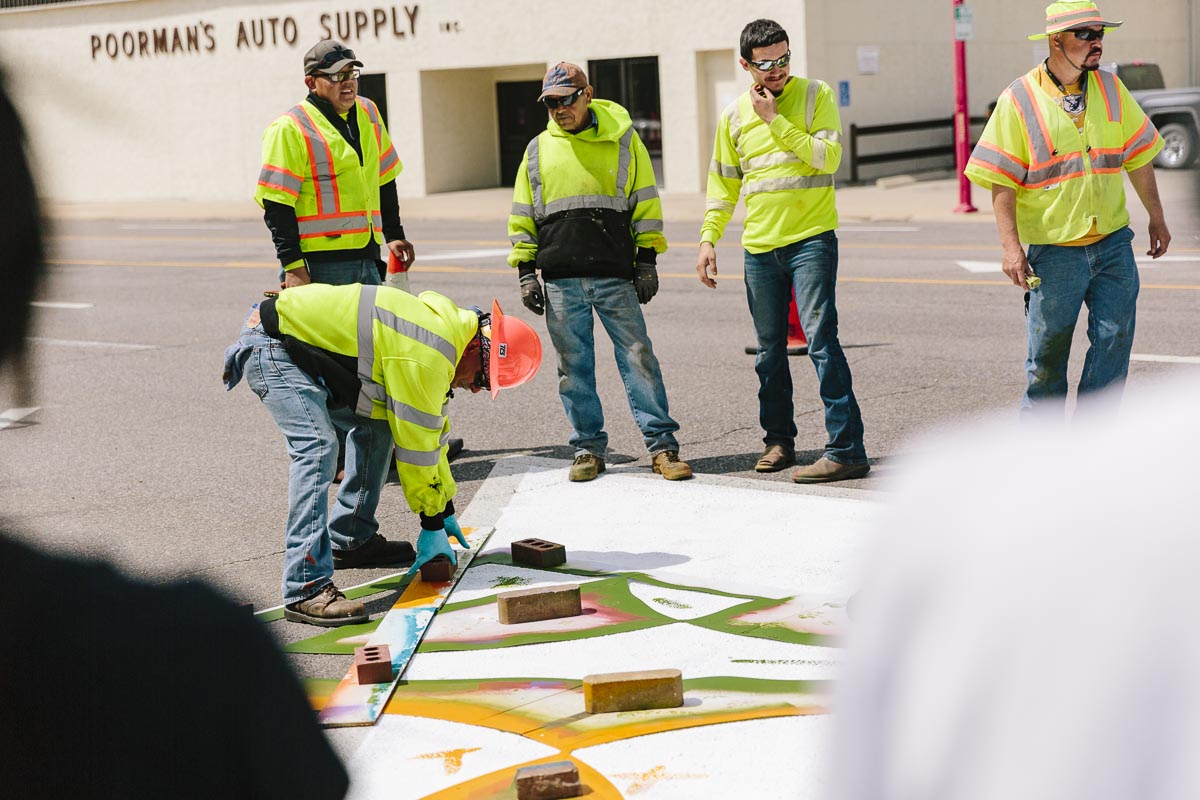 TALK IS CHEAP. SO IS PAINT.

The Douglas Design District was officially founded in 2007 and began working on a plan with the city to improve infrastructure. The plan was approved in 2009 and added to the city's capital improvement plan, which is reviewed each year to prioritize projects.

"This particular plan has been bumped back year after year," says Janelle King, founder and owner of The Workroom, on 1st and Cleveland in the Douglas Design District.

"I was like, 'Well man, in five years, I'm not going to have a business here if we don't start making changes,'" King says.

Along with other businesses in the district, King started Avenue Art Days, an annual event that brings artists and volunteers together to create murals and street art throughout the Douglas Design District.

The event did bring more color to the district, which attracted more people and businesses. However, priorities in the city’s infrastructure plan shifted again, and the Douglas Design District improvements were postponed to 2023.

"Enough is enough with getting it pushed back," King says. 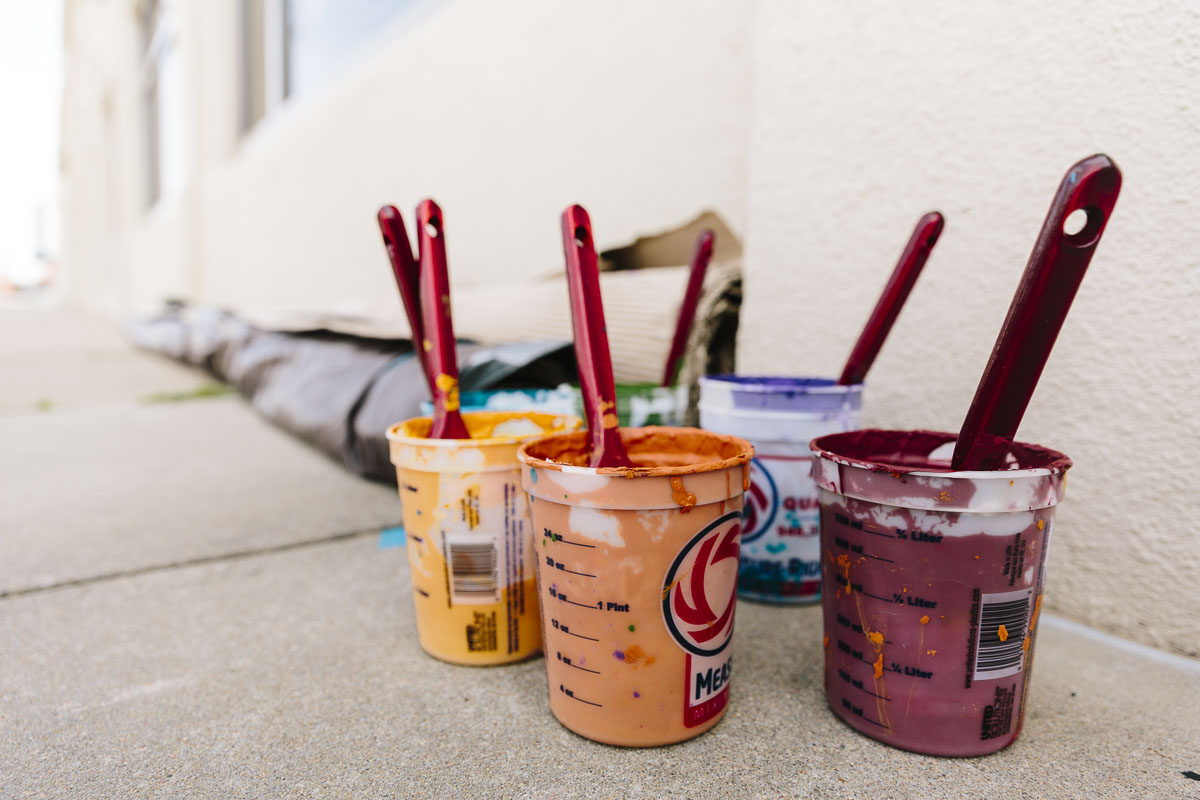 She developed a plan to rally district stakeholders and volunteers, while affordably transforming the streetscape. The result would be colorful stenciled designs representing the location of concrete medians and bump outs, helping people visualize the positive impact of the infrastructure project.

"Paint is cheap," King says. "And in the meantime, it's fun and pretty, and it helps drive attention and traffic to the area, which is our goal."

The City of Wichita donated the paint out of the budget for street projects near Douglas and Washington and Douglas and Hydraulic, which came in under bid. Area businesses donated things like food, water and T-shirts for the volunteers, and one donor covered the cost of hiring Josh Tripoli as project manager and engineering firm Zyxaxis to create the stencils. Designs were created by Gardner Design, a corporate and brand identity design firm in the district.

Change is happening all over Wichita, and a lot of it happens through official mediums — businesses, elected officials or developed plans being implemented over time.

This project uses those mediums in unconventional ways, serving as an example of how anyone can create change by leveraging the right relationships and collaborating with businesses and neighbors.

"We played by the rules and just sat on our hands and waited for it to happen," King says. "And it took us being active and having a voice. ... I hate to say it, but it took being a squeaky wheel."

King says other neighborhoods could follow suit. She says people ask her all the time why murals are mostly contained on Douglas Avenue — why they don't extend on Broadway, for instance.

"It's because somebody needs to step up and do it," she says. "Just start doing, and sometimes that makes all the difference in the world. Rally your people and make change happen."

There's another benefit to using volunteers in a grassroots effort: Taking pride and ownership in your own piece of the city.

"There's definitely room for others to get involved, get engaged and do the crazy," King says.