Evolving our parking culture is going to take time. But it's vital if we want to become a city that embraces every mode of transportation.

Based on the number of complaints you see on social media or hear from people across the city, this might seem like an obvious "yes." But the world of downtown parking and walkability isn't so simple.

"It's an 'Alice in Wonderland' kind of world where what seems obviously true is the opposite of true," says Jeffrey Tumlin, principal at Nelson\Nygaard, a transportation and street design consulting firm based in San Francisco that was hired to consult on Wichita's Douglas Avenue.

Even though it might seem like Wichita is lacking parking, it's more likely that it's instead lacking walkability or alternative modes of transportation. It's not that Wichita needs more places to park cars, it's that Wichita is perhaps too reliant on cars to get around.

Evolving our parking culture is going to take time — and it's not going to be without some resistance. But it's vital if we want to become a city that embraces drivers, walkers, bikers and riders alike.

Wichita is built around the car. Most people have them, and use them almost every day to get to work, school, the grocery store or their favorite restaurants and coffee shops.

That makes drivability and parking an important issue for most of us. Tumlin says we're not alone.

"I think that there are things that make Wichita unique and special. The car culture is not one of those things," he says. "It's actually remarkably common."

"There's always going to be a question [about parking], and especially in Wichita, where for decades we invested heavily in making it easier to get around by car," says Scott Wadle, senior management analyst for the Wichita-Sedgwick County Planning Department. "We need to look at what's our mode of transportation mix and what's our ultimate goal that we're trying to achieve. How do we best get there?"

Wadle says there's a Goldilocks effect when it comes to parking. Too much space for parking can create a sense of vacancy in an area — which is the opposite of what you want — especially downtown. Too little space can also dampen vibrancy as people are forced to park further away.

I think that there are things that make Wichita unique and special. The car culture is not one of those things.Jeffrey Tumlin

"If there's an excess supply of parking, what it can do is make it a less desirable, a less comfortable, a less safe environment for people who are walking, bicycling or using another form of transportation," Wadle says. "In some instances, parking can take up more space than the actual destination, or the actual primary use."

Compared with downtown areas in other cities, Wichitans enjoy quite a bit of free parking, both from time-limited spots along Broadway and Douglas and surface lot spaces in Old Town. These are likely the spots Wichitans are referring to when bemoaning a lack of parking. Overall parking demand is met through a mix of these free options and paid parking spots. Paid parking can be a point of frustration — not only because it costs money, but also because they often only take coins or cash.

"It's hard to use price to develop supply and demand, and part of the reason for that is the technology that Wichita has used to date is unbelievably antiquated," Tumlin says. "It either requires that you carry quarters on your person or — my favorite — there's a parking lot where you can fold up dollar bills, assuming you have singles in your wallet, and carefully shove them into a metal box. Happily, technology has changed now and not only do all parking meters take credit cards, but they'll also text you on your cell phone and ask if you want more time." 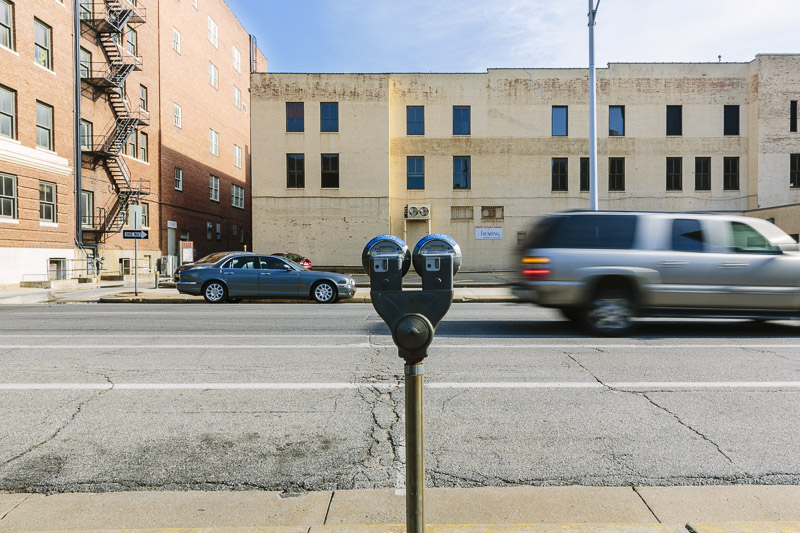 New technology, along with higher costs for parking, are in discussions for Wichita. If approved, these should help create a better parking environment, but we can also help by investing in other ways to get around.

In fact, Tumlin says our insistence on using a car to get around is often what leads to our strong car culture in the first place.

"It arises from the fact that the city has not been designed around accommodating any other choice," he says. "So as preferences change, particularly about what younger people are looking for in a place they want to invest in, Wichita's acceptance of auto-dominance is limiting its economic future."

One of these preference changes is in walkability. People don't necessarily want to drive to each of their individual destinations. They'd rather park in one spot and visit several locations, all within walking distance.

But it's not just distance that plays a role in walkability. Areas must also feel comfortable, safe and enjoyable for pedestrians.

"If we expect people to walk a block or two for parking, we need to make the walk safe and pleasant," Tumlin says. "That means really simple investments, like street trees. It's hot in Wichita in the summer and something as simple as street trees dramatically increase the distance that we can walk comfortably. They also make the walk so much more pleasant." 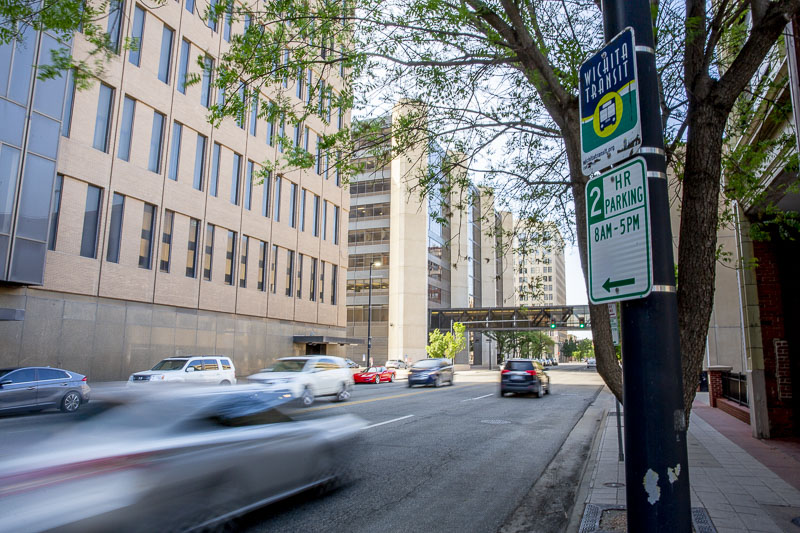 Safety also plays a huge role, including speed of traffic and the distance people have to walk to cross streets. Douglas Avenue, despite having countless attractions within walking distance, is not very walkable.

Tumlin and his team at Nelson\Nygaard have been hired to study Douglas Avenue. One idea they're researching is narrowing the road to three lanes. Tumlin says this would likely decrease the speed of traffic and increase the space on sidewalks, even allowing for blocked-off biking and walking areas with street trees.

If we expect people to walk a block or two for parking, we need to make the walk safe and pleasant.Jeffrey Tumlin

"What we want to do is to take a holistic look at the street," Tumlin says. "Douglas connects almost all of the emerging nodes of economic activity in this city. ... It is really Wichita's historic Main Street."

That being said, it's also a place where cars drive fast — often over the speed limit. Tumlin says many Wichitans he's heard from say they feel uncomfortable bringing their families to parts of Douglas Avenue, and they certainly don't feel comfortable crossing the street. 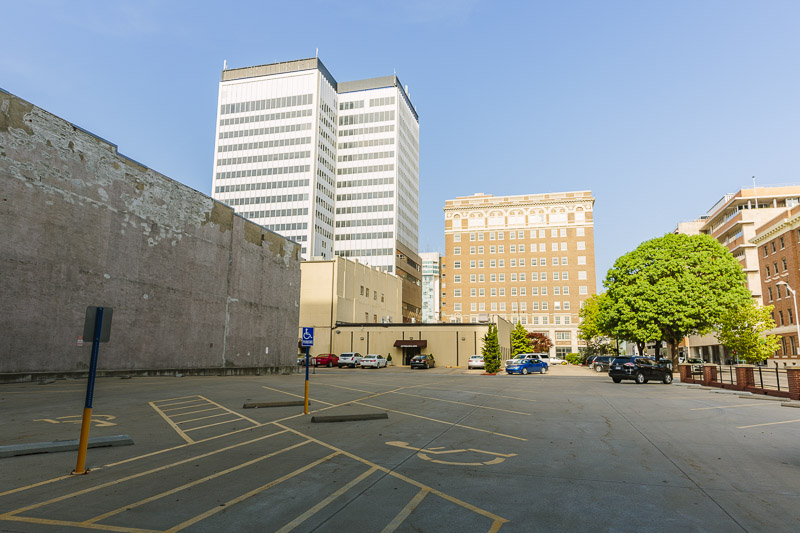 "It's also, interestingly, a place where there are thousands of empty parking spaces, and yet, universally, people complain about not being able to find a parking space," he says. "It's a funny place."

Wadle says many "road diets" have been conducted before in Wichita, often to add bike lanes or improve the safety of the road. He says it brings us back to that "Wonderland" world of public infrastructure, where what might intuitively seem safer is actually the opposite.

"In general, the wider a lane is, the safer people driving vehicles feel, so the faster that they will drive," he says. "Inherently, people accept a certain level of risk while they're driving. They get a lot of that information about their context, and that informs their level of how risky they think it is. So, the wider the lane, the faster they go."

Narrowing Douglas is somewhat controversial — and it would likely be costly. Tumlin says he and other experts are confident that it's the best move, but understand the hesitancy — and even encourages it.

"I think Wichitans are right to question the supposed expertise of said experts," Tumlin says. "They want to see evidence, and that's one of the great things about streets: It's easy to reconfigure them on a temporary basis. So, we could do a demonstration of different ways of managing the street and let Wichitans actually go out and drive it, and walk it, and bike it, and see what works and what feels best."

In all of this, it's important to not let these types of projects become a driver-versus-walker issue. Wichita needs to be built with all modes of transportation in mind with a mix that reflects what Wichitans want.

"You're perfectly welcome to drive, but in order to make sure that people who need to drive can continue to do so, we need to provide better choices for those folks who are interested in doing something other than driving," Tumlin says. "Investment in walking benefits those who drive. This is not like a war, it's a community."


INVESTING FOR THE FUTURE

Parking is never free. In fact, not even free parking is free. It has a hard cost to taxpayers, businesses and those businesses' customers.

For surface lots, it costs between $10,000 and $13,000 per space to construct. For parking garages, it's between $15,000 and $20,000 per space. All of that is put on the taxpayer if it's public parking, or the business, which is required to include parking. That cost is then passed on to customers.

The hard costs are clear, but there are also the opportunity costs. Every time money is spent on parking, it's not being spent on something else. Maybe it's street improvements, improved bike paths or sidewalks. Maybe it's investments we need to keep up with the future of transportation.

"It's the alternative cost," Wadle says. "It's the, 'What could be there instead?'"

Experts like Tumlin say Wichita is already behind when it comes to parking, especially when it comes to the amount of largely empty surface lots and the antiquated parking meters. What happens when the world moves onto autonomous vehicles and parking becomes even less important?

"I would expect it will be adopted quickly," Wadle says. "What will happen to all the parking? The theory is that there won't be as much demand for parking because people will be sharing rides. At that point, all this need for parking goes, 'poof.'" 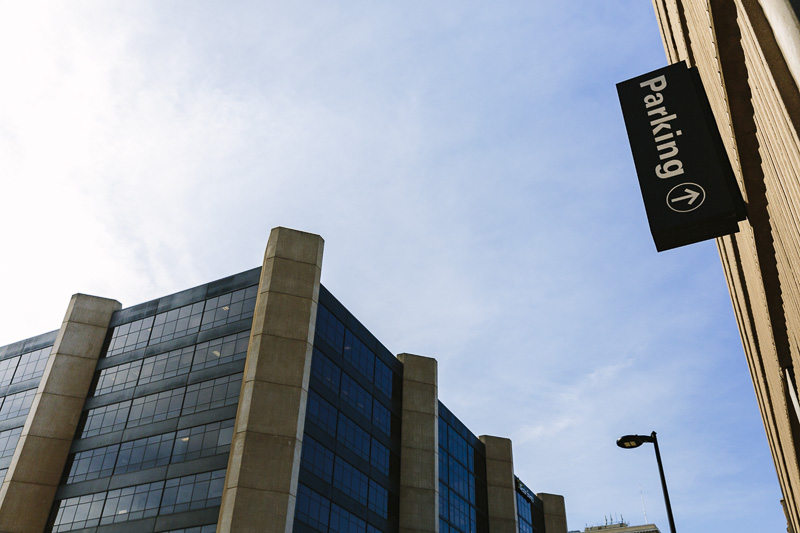 Some communities are already building parking garages that can convert into office or apartment space as the need for parking goes away. How can Wichita also work for the people here today while preparing for the future?

"While I think it's wise to manage a city for the desires of the current population, we have to plan our city for the future populations," Tumlin says. "Go talk to your 15-year-old granddaughter and ask her what she wants — what kind of neighborhood or city does she want to live in and invest in? Because by the time all this is done, we're going to be gone. We're building the city for the next generation."

That's not just about parking. It's about anything we invest in as a city. We must find ways to adapt and meet the changing needs of the generation we are hoping to attract, which may differ dramatically from Wichita’s status quo. That's easier said than done, but it's vital if we want to thrive.

To learn more about what's happening now with this issue, check out the Wichita downtown streets conceptual plan. To get involved in shaping the discussion, attend one of the June meetings around the Wichita: Places for People plan.