From the everyday to the extraordinary, this series will put a focus on the people who make this city tick.

We traveled across the city to get a wider perspective on what Wichita means to the everyday men and women who call it home. We talked to the folks we came across, and asked them what they love about Wichita, what they wish they could change and what keeps them here.

Here's what some of them had to say. 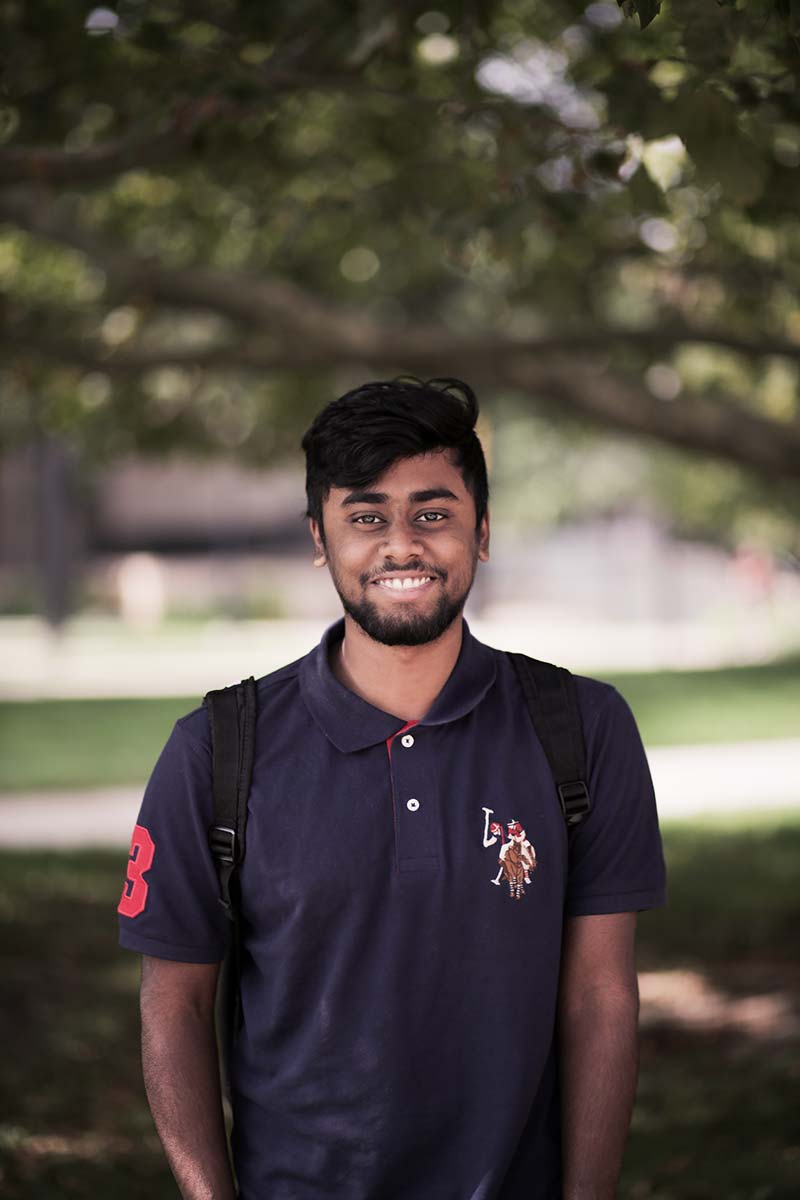 Reefat has spent nearly two years in Wichita, and is originally from Bangladesh. He is now a full-time student at WSU.

"It's very quiet. I personally like the very busy city life, because that's how I grew up. There's not a lot of places to go. We even joke that the only places in Wichita to hang out are actually Walmart or Dillons, but that's just us joking around."

"It's a very good place, if you want to actually focus on your studies, because there's not a lot going on here. It's a quiet life, and people are very religious here, which is a nice thing to see. People are usually forthcoming and welcoming." 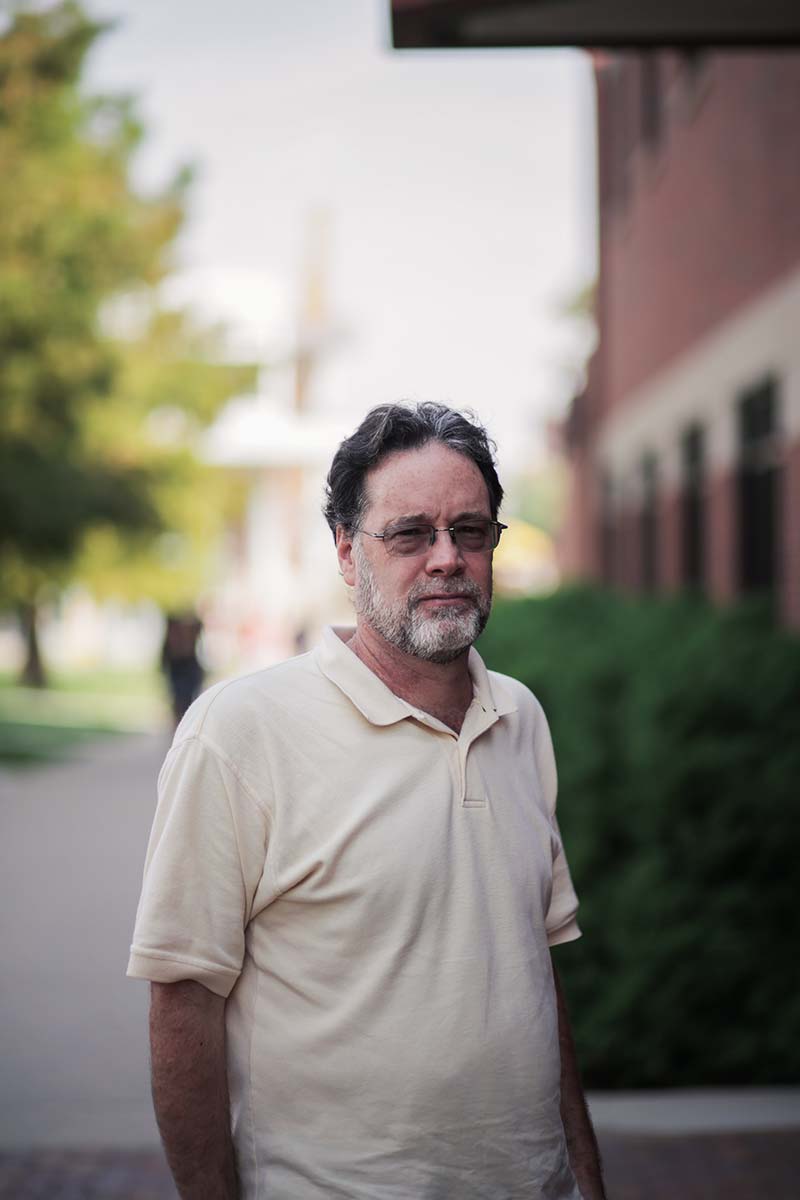 Robert has spent a total of 25 years in Wichita, and currently is self-employed while taking classes part time at WSU.

"It's a good size, and it's got more to do here than you would think. Lots of activities — good symphony, good music theatre, a lot of things going on at the University that you could go do. ... I just would like more."

"When I was growing up, I did a lot of sports. A lot. There's a lot of opportunity for kids, and it's a good place to raise a family, if you have kids. But it's that age between 21 and probably 40 that's difficult, I think. But it's getting better." 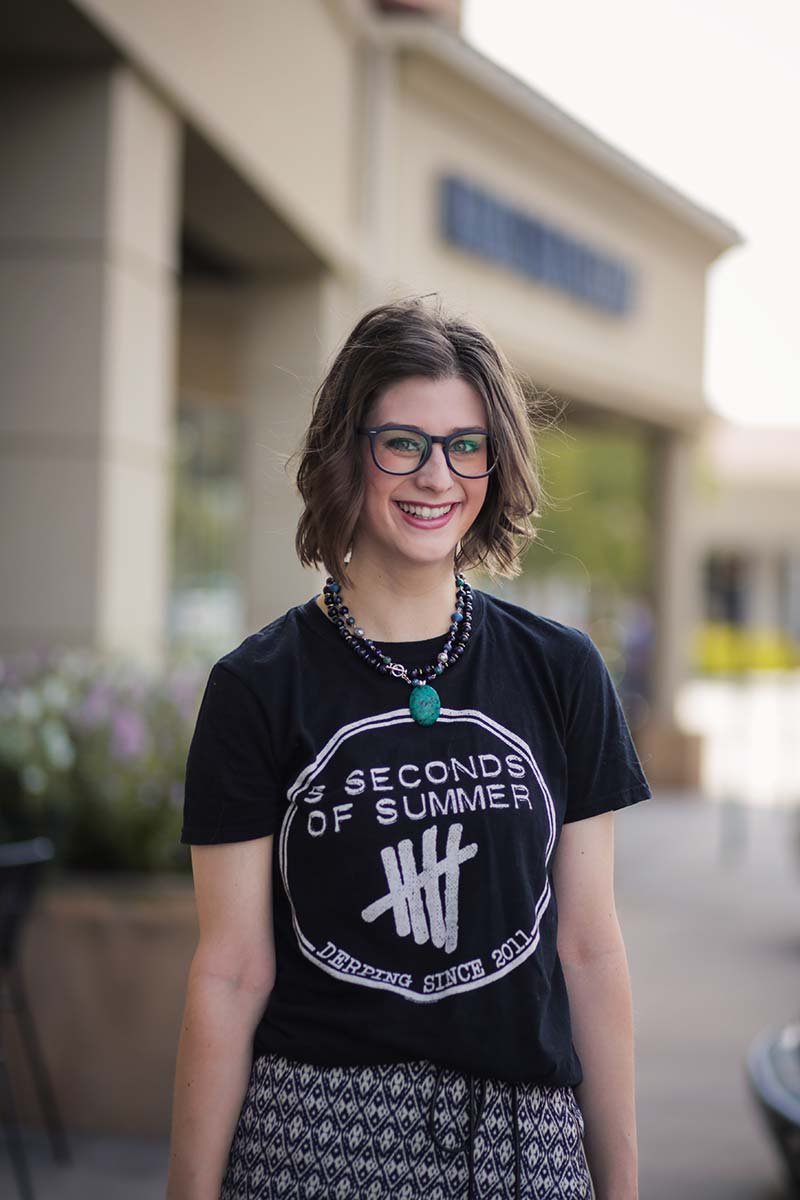 Lyndsey has spent her whole life in Wichita and currently works as a manager at a local boutique.

"I love the things that are happening downtown and with the design district, I think that there are a lot of great things happening in Wichita right now."

"My least favorite part would be the social scene, I guess. I have a lot of friends who live in Kansas City, and it's 100 percent different. Lots of people leave. I'm the only one who's still here of my friend group. I always thought that I would [move away], but the more and more I stay here, I love it a little bit more. With my family being here and the job that I have, I think I'll probably stay here." 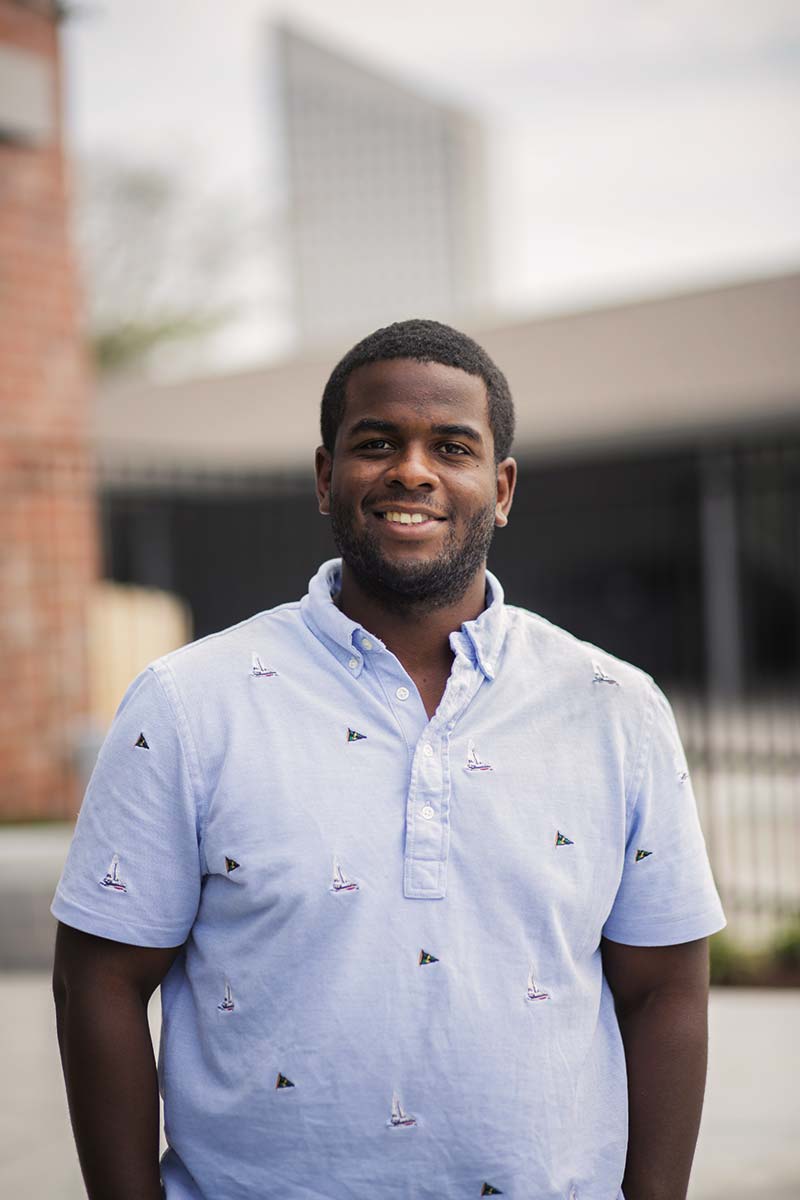 Justin Morris near the Pinnacle Apartments near Waco and Central

Justin has spent his entire life in Wichita and now works in property management.

"I describe Wichita as very safe. I describe it as up-and-coming. It's conservative, but progressive, so I think it's moving in the right direction, but it's slower than what most people would like. It's a great place to be, especially to settle down."

"I want to establish ground here. I was born and raised here, I know Wichita, I love Wichita, I'm passionate about Wichita. I feel like it's my responsibility to help bring this city to where I feel like it should be." 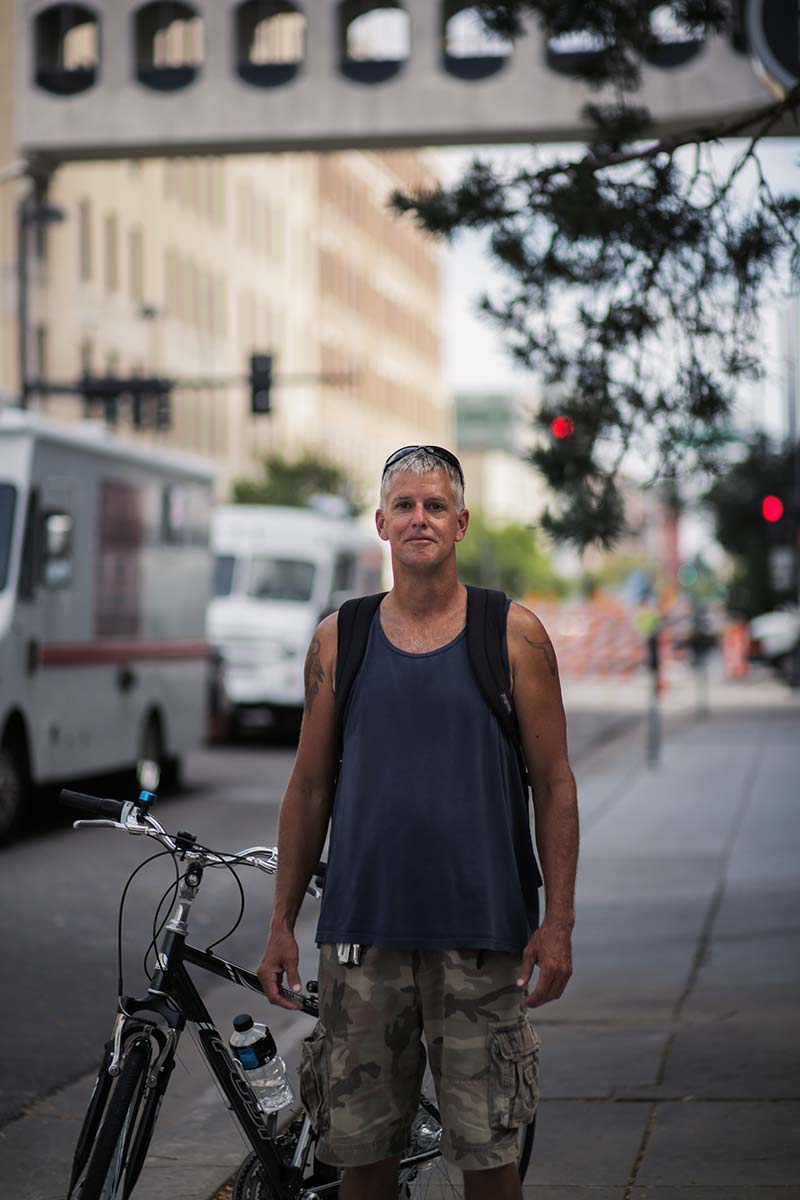 Brian was born in California, but has been in Wichita for 46 years. He is a former aerospace worker.

"I grew up just west of here. As a child, my mom wasn't home a lot, which wasn't good. Ever since about the age of eight or nine years old, we ran around downtown and got to know the area, and the bus system all too well. We were free-spirited kids."

"There's a lot of friendly people, but I say, 'howdy' to a lot of people. And I find that a lot of people actually don't respond. I'd say, on average, more than 50 percent of the people I say 'howdy' or 'hi' to do not respond back." 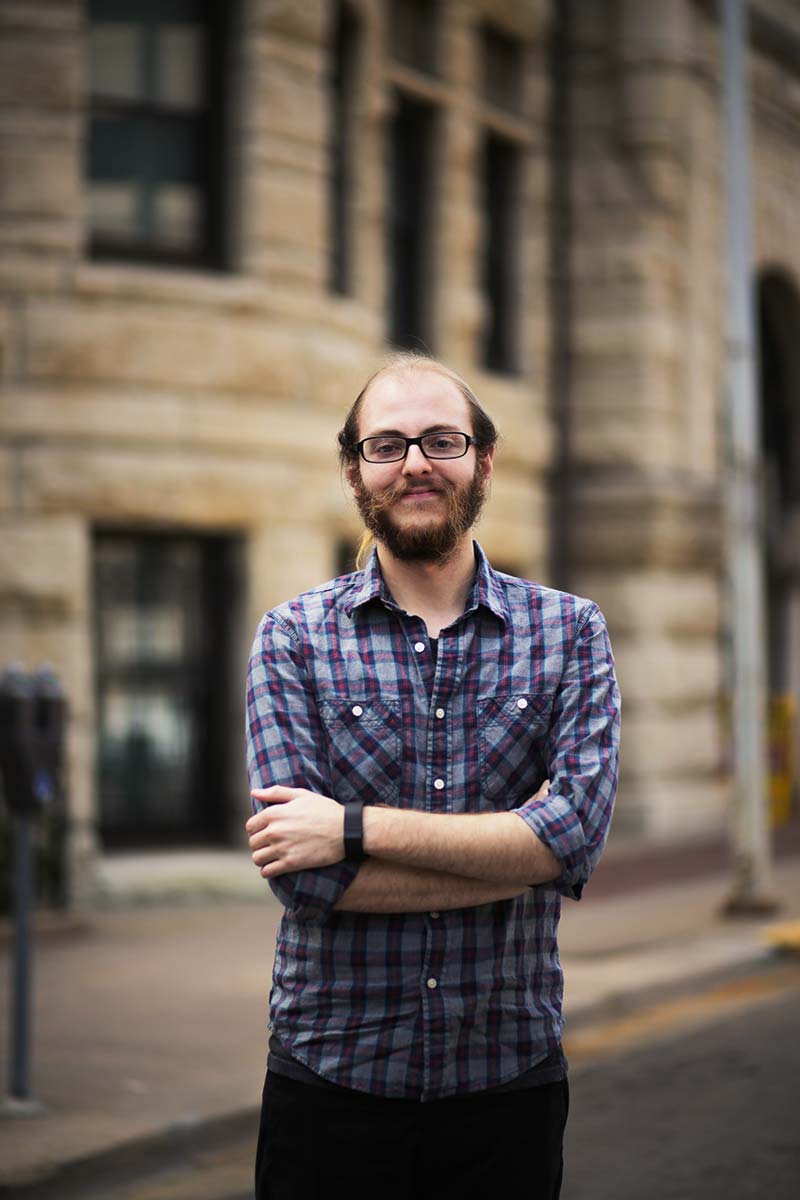 Jake Jones near the corner of William and Main in downtown Wichita.

Jake has spent his whole life in Wichita and now works as an executive office assistant.

"It's home, I guess. I don't know. I've always been here and I just kind of like it here. I have no desire to leave or go anywhere else. Sometimes it feels a little isolated, but I kind of like it. It's really inviting. It's a very welcoming community. It just feels like home. This is just where I belong." 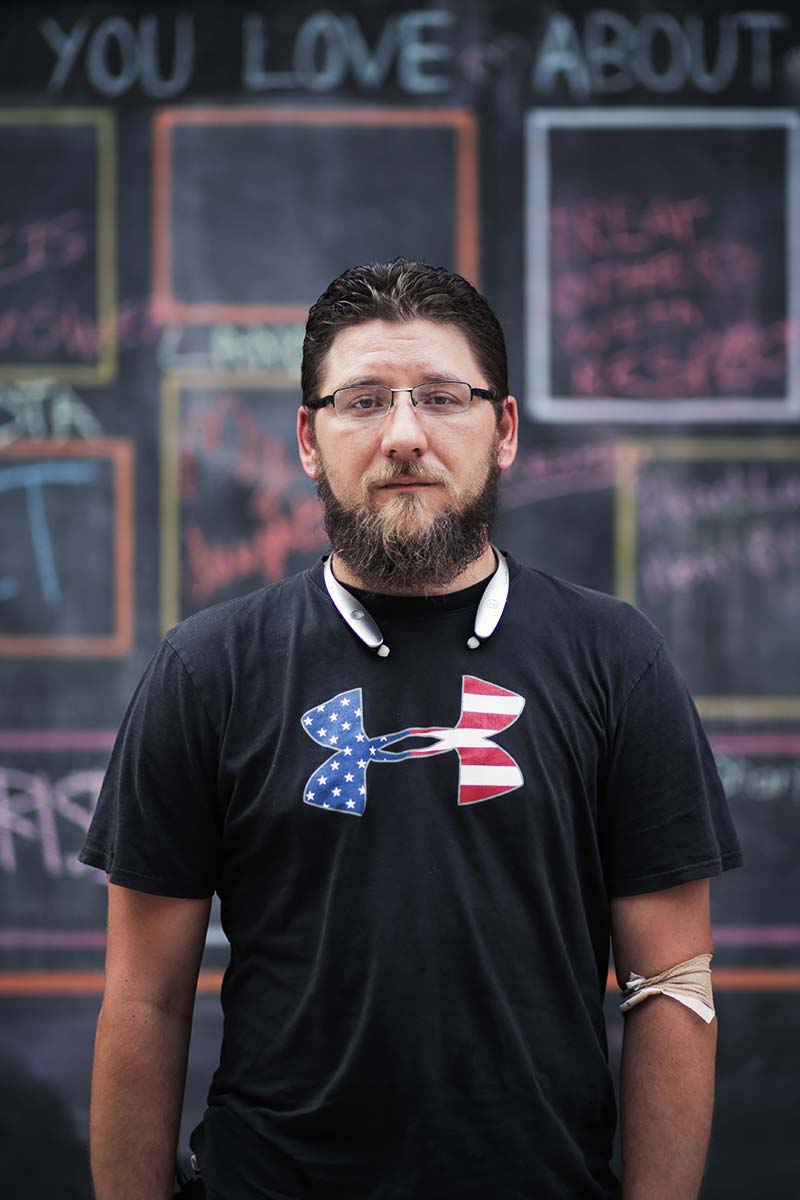 Mike Schwind, Jr. near the corner of Douglas and Market in downtown Wichita.

Mike has spent the past 5 years in the Wichita area, after moving here from Alaska. He is former military and now works at the AT&T store in Derby.

"It's a central location that a lot of people drive through. And really flat. I mean, it's not bad, but the hospitality is totally different. A lot of people that I talk to about it are up in Alaska. No offense to anybody from here, but people tend to be a little bit more rude when it comes to hospitality compared to what we're used to up there. People put on a good front, and you can usually tell. I grew up in the military, so for me, I read people. And it's one of those things where, yeah, around here it's just kind of like, 'Wow, you're fake.'"

"Up in Alaska, they'll take you in and they'll help you out. It's just a different type of hospitality, I guess. It's not fake." 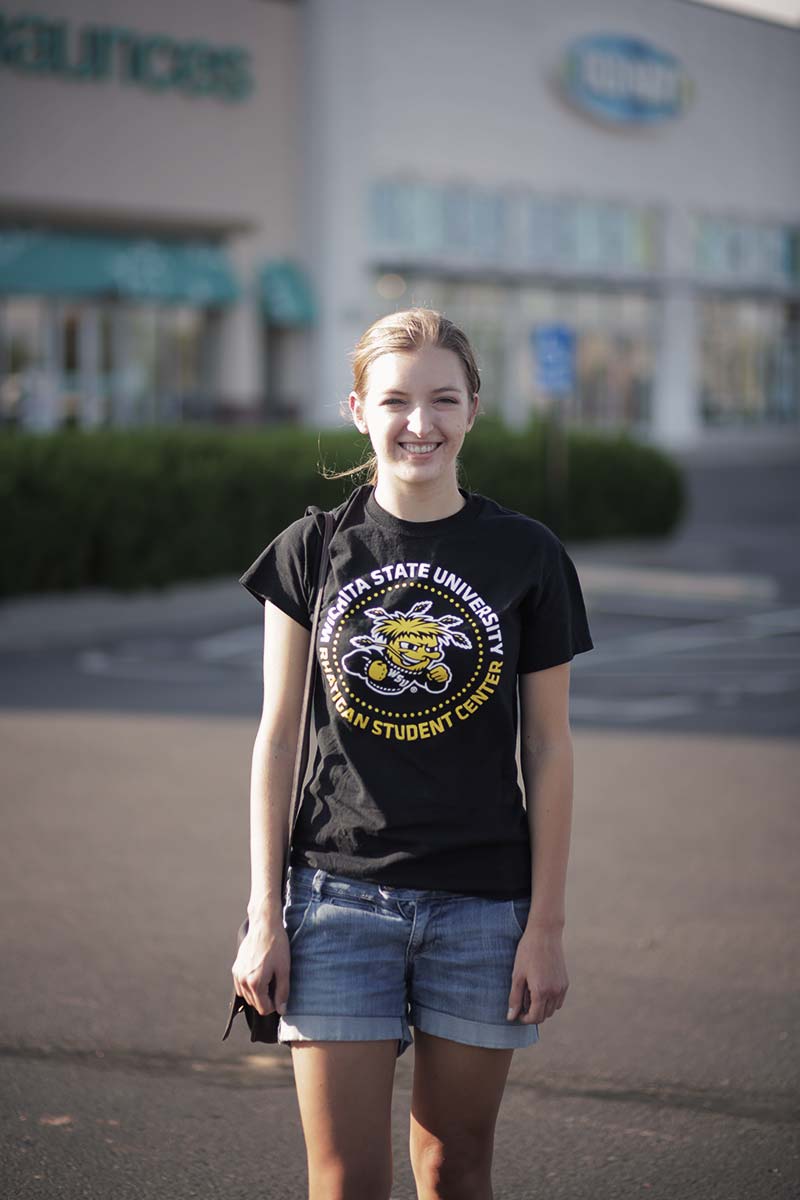 Dayton has spent 18 years in Wichita, but is preparing to move to Kansas City to work as a receptionist at a legal firm.

"I looked for [job opportunities] here, but I couldn't find anything. The job market isn't quite as good, and it's not like a big city. I still like it — it's a great place, but you start to notice ... there's not a whole lot. It felt like kind of small-town. It just felt like a good place to grow up."