This series shines a light on Wichita neighborhoods disregarded by the community at-large and the people working to change that.

This series shines a light on Wichita neighborhoods often overlooked by the community at-large and the people working to change that.

Wichita is a city of pockets, where neighboring geographical areas are comprised of different people with different circumstances. Some areas blend seamlessly into one another. Others are much more stark. One of the more distinct lines of demarcation is 17th Street between Hillside and Oliver. To the north is Wichita State University. To the south lie the neighborhoods of Ken-Mar and Fairmount.

I've seen it change a lot over the years, but there are a lot of things that haven't changed.Bryce Graham

These two northeast Wichita neighborhoods span from Parkwood Lane (just west of Edgemoor) to Hillside. While Ken-Mar resides to the east between 17th Street and 13th Street, Fairmount stretches west and slightly further south to 12th Street until it is cut off by Maple Grove Cemetery and MacDonald Golf Course. The two neighborhoods are separated by the Redbud Trail, which slices diagonally between them.

While there has been substantial growth to WSU’s campus and to the northeast with the additions of the Innovation Campus and Braeburn Square, Ken-Mar and Fairmount have struggled to see the same kind of progress. But this wasn’t always the case.


I. A RICH HISTORY

“I've been in Wichita a really long time, and I can remember when Ken-Mar was an awesome place to go,” said LaWanda Deshazer, community advocate and retired senior administrative officer for Sedgwick County. “There were pharmacies, barbershops, beauty shops, all kinds of thriving businesses over there. Then over the years, we just saw them disappear one by one.”

Reverend Doctor Kevass J Harding has spent practically his entire life in the area. He is currently the lead pastor of Dellrose United Methodist Church in the Ken-Mar neighborhood. Before that, he served as a Wichita police officer on a beat that included the neighborhoods. As a young boy, he could be found at one of the most popular neighborhood gathering places at the time – Fairmount Park.

“On a Saturday, you couldn't see across it because there was so many people,” said Reverend Harding. “I’m talking 500 plus kids from the neighborhood and college. People were barbecuing, studying, enjoying the sun and playing music. And you got to remember this is the 80's, so we had boomboxes.”

For Reverend Harding, these two neighborhoods were more than a fun place to hang out, they represented a level of success.

“Fairmount and Ken-Mar used to be very high end,” Reverend Harding added. “If someone said they lived on Terrace back in the early 80's, you heard, ‘Wow, you live on the other side.’ If you said you moved or actually had a home on Holyoke, it was like, ‘What's your parents do?’ To me, they’re still great neighborhoods now, they’re just getting older.” 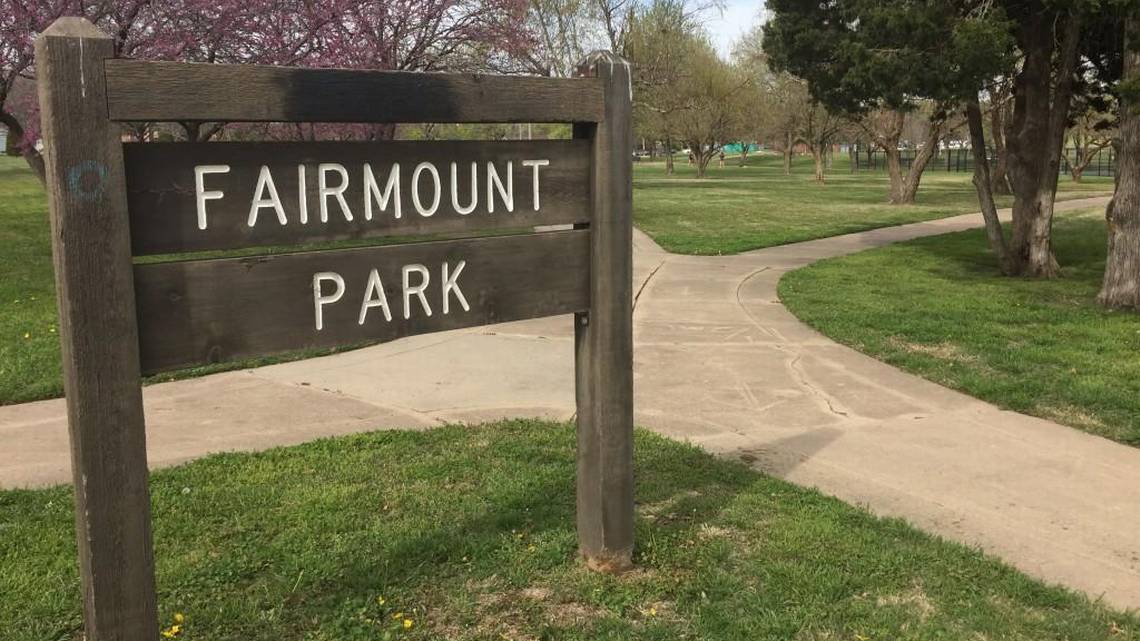 Today, Fairmount Park has a splash pad, playground, swings, basketball court, softball diamond, futsal court, double tennis court, a community center and one of the mini-statues of the Keeper of the Plains. Photo credit: The Sunflower 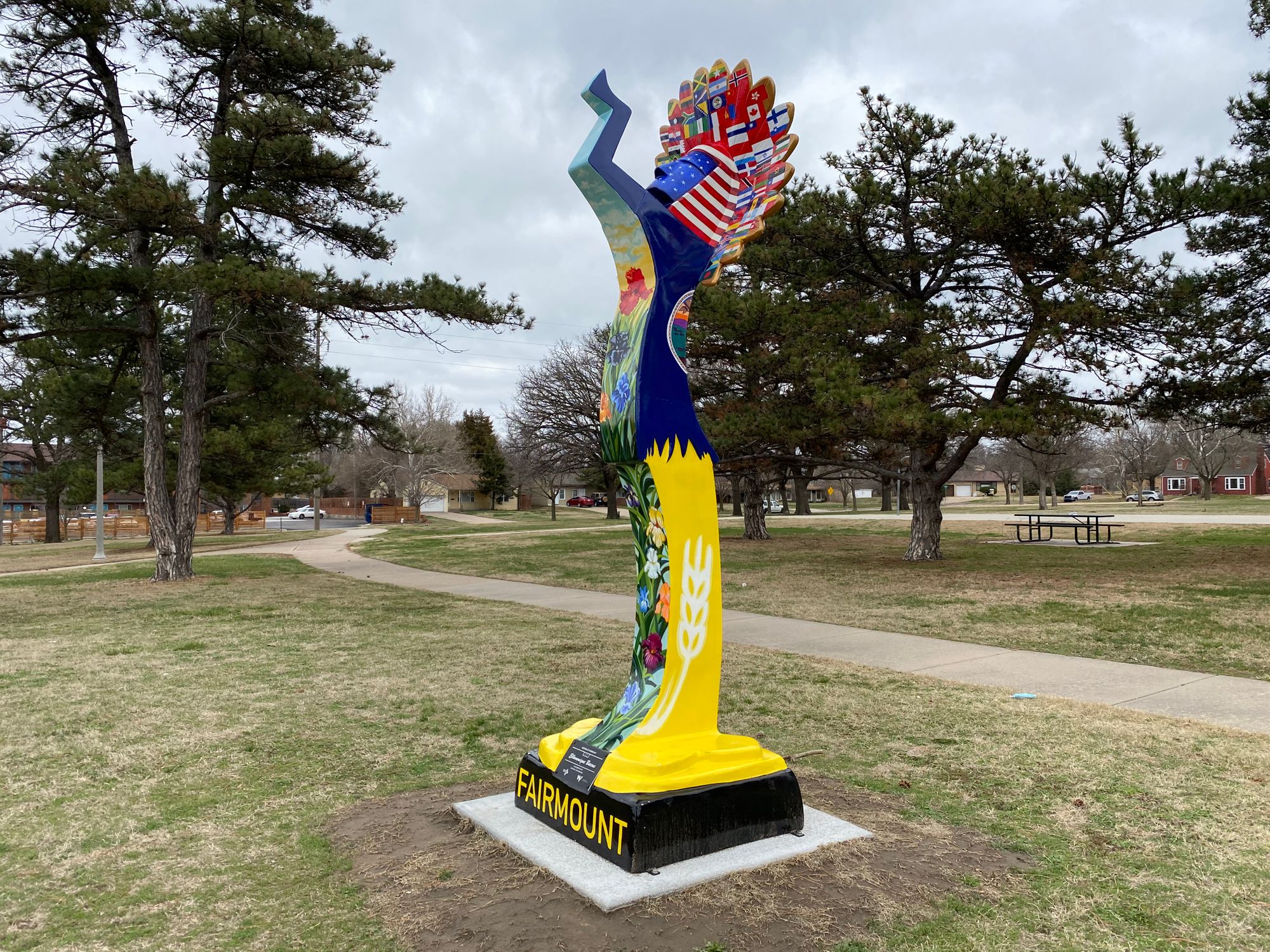 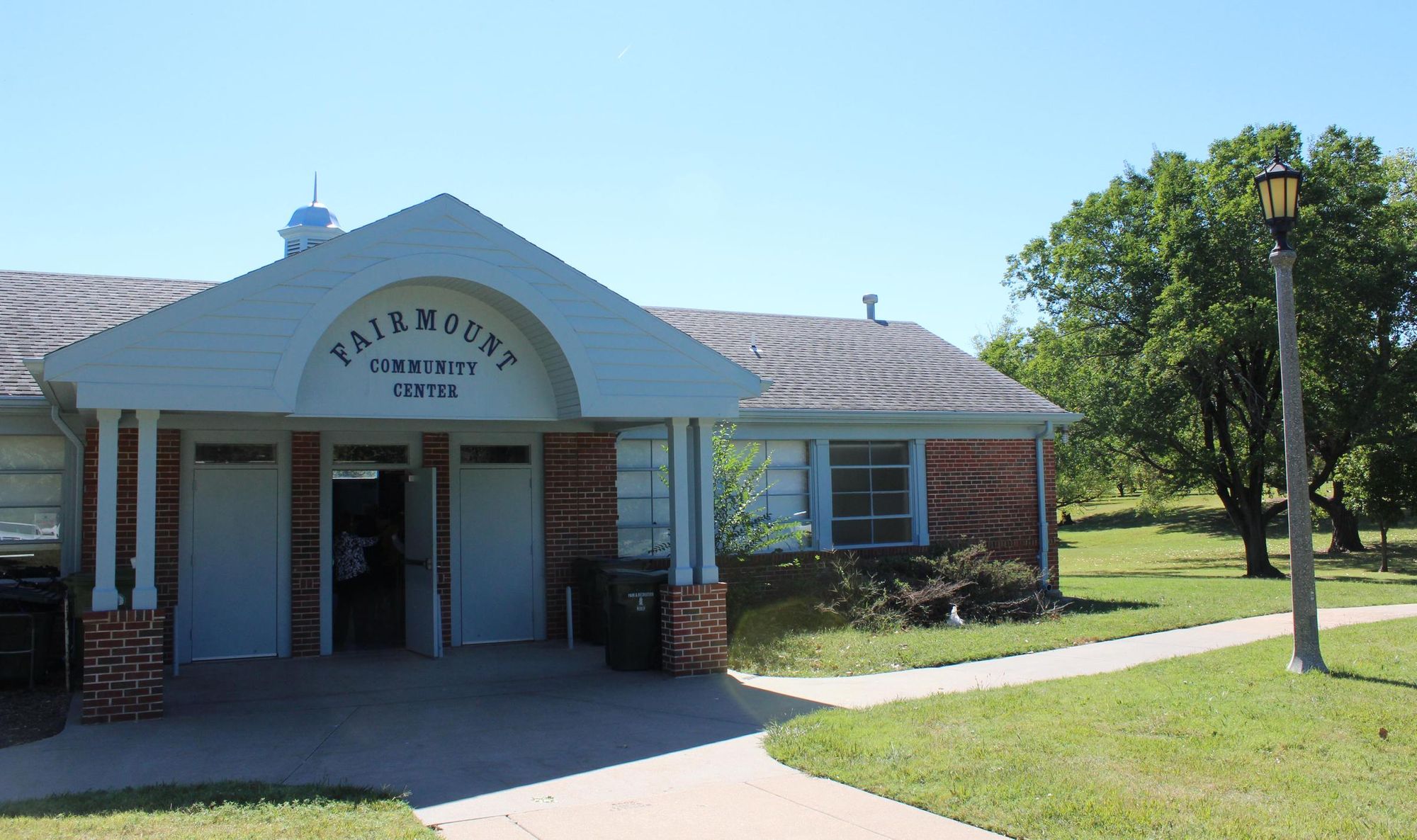 Aging homes are just one of the issues residents and supporters of these areas are trying to fix. While districts around these neighborhoods have grown and been updated, Ken-Mar and Fairmount have continually suffered from a lack of residential and commercial investments. Fairmount has even been named an Opportunity Zone by the city. These zones were created to bring in more business owners and investors to the areas by offering tax incentives. But there has been little progress. For many, there are two obvious reasons for the lack of interest in Ken-Mar and Fairmount: race and resources.

“It's an uphill battle for any black person in America to accumulate wealth or to get into buying up and developing real estate,” said Bryce Graham, owner of Shock Shop Barber Shop & Supply, and co-founder and program director of ICT Launchpad, which are both located in the Ken-Mar neighborhood. “Many people of color don’t have inheritances and properties to better themselves and their communities financially. That's why a lot of times when we come together and we talk about these things that we want to make happen… at the end of the day, if there's no capital and it’s difficult to get access to capital, you can’t improve anything.”

When resources aren’t available to the people in the communities, they have nowhere to turn but to the outside. Unfortunately, that can be met with even more challenges.

“It's perception of race, which we have been dealing with since before America was founded,” said Deshazer. “And I think if we just keep it really real, it appears that investors truly do not want to invest in black people. They'd rather invest in apartment complexes that push the black citizens out and bring in white citizens and other citizens. Developers do not want to invest in those communities for the black and brown people that are already there.”

There is money to be had and spent in these neighborhoods. But due a lack of vital and local services in the area, only a small amount of money comes in and just a tiny share of that is reinvested or redistributed into the district. That’s because essential resources are nowhere to be found. This an even bigger issue for citizens that don’t have funds, resources or time to hop in a car or a city bus to go to other districts for basic needs. Residents of Ken-Mar and Fairmount have to travel miles to find health and wellness centers, childcare facilities, art institutions, sports complexes and most importantly, a grocery store. 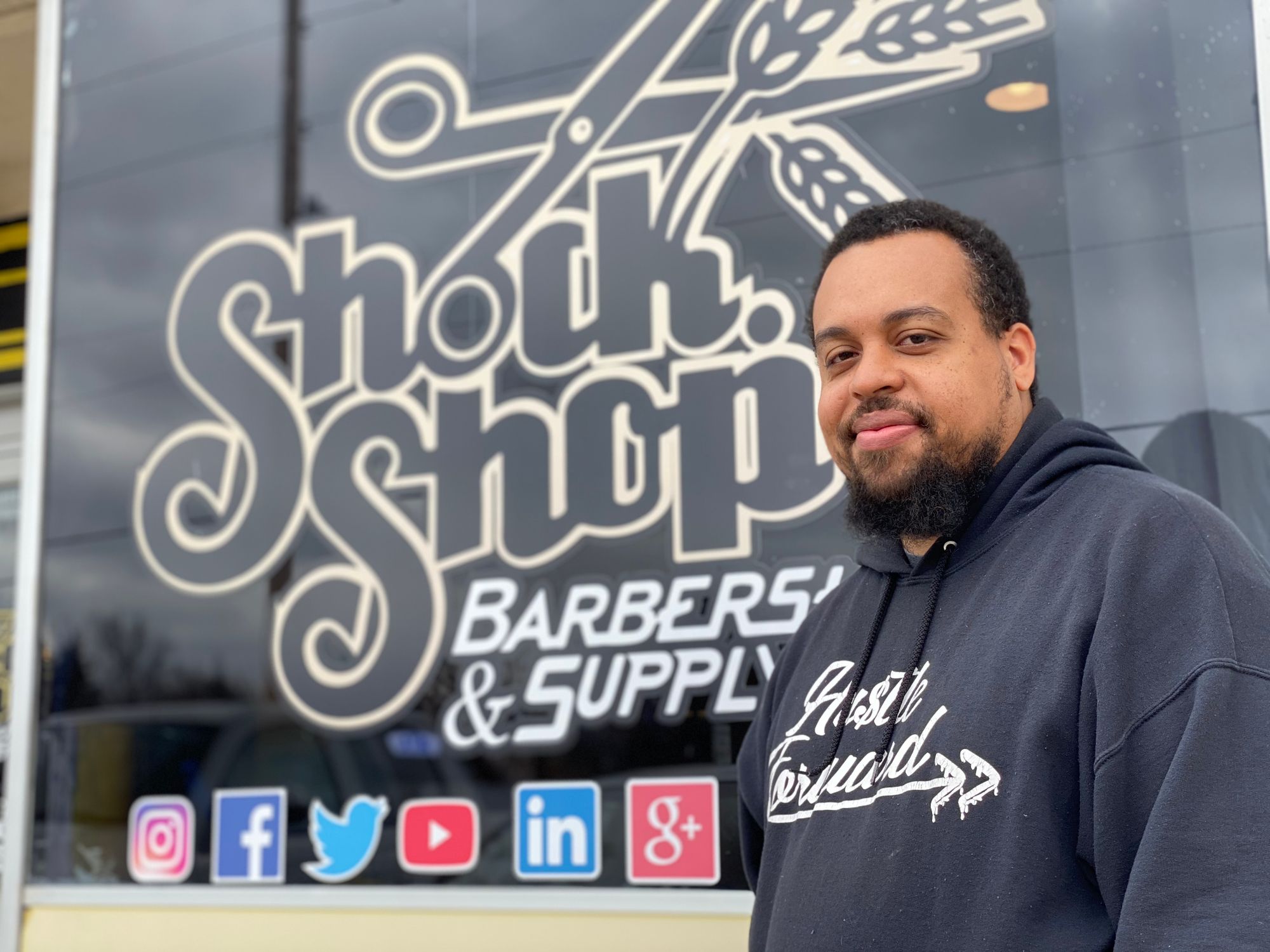 Bryce Graham's barbershop is located on the corner of 13th and Bluff. Each business in that strip center is owned by local black entrepreneurs. 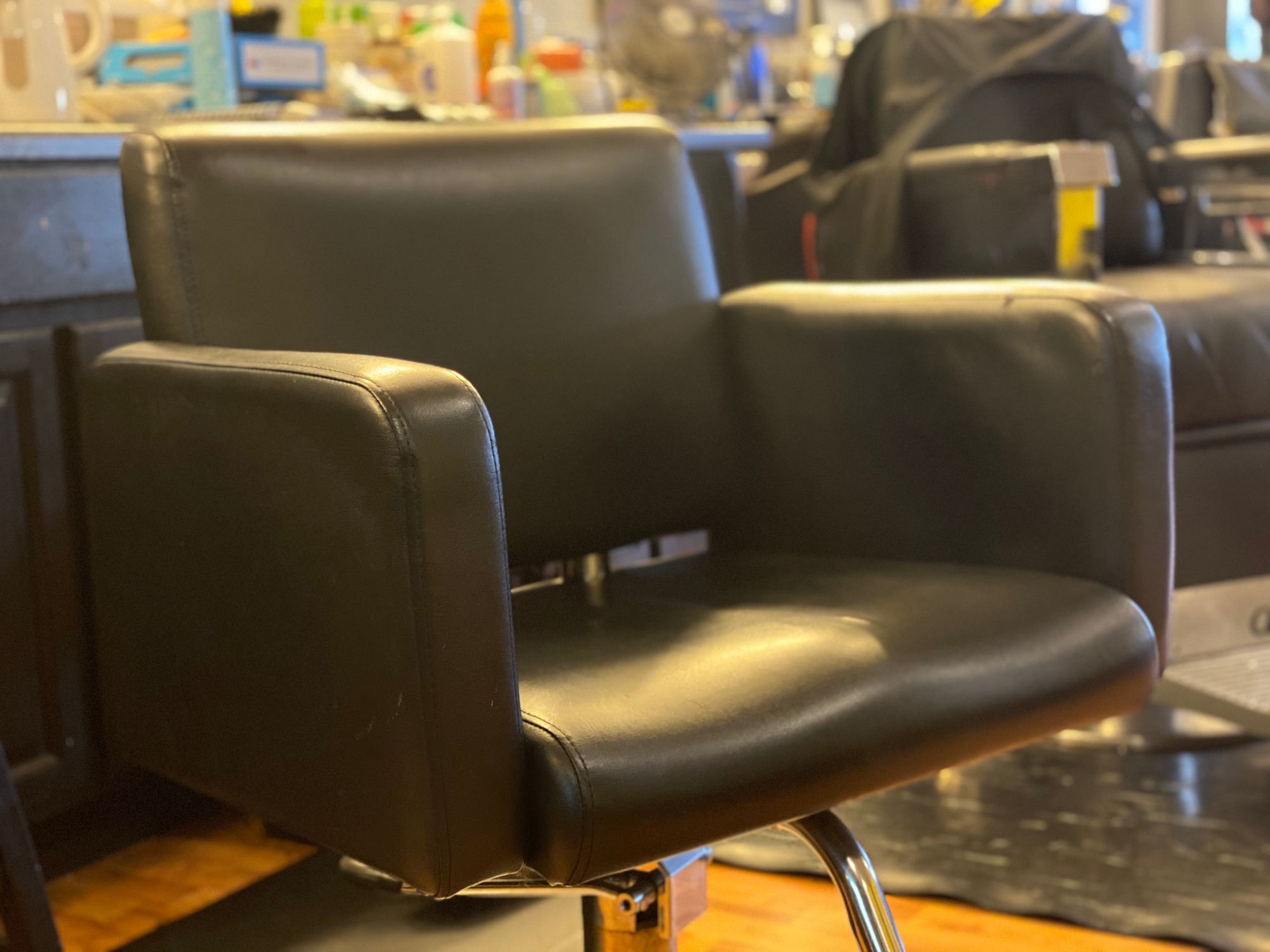 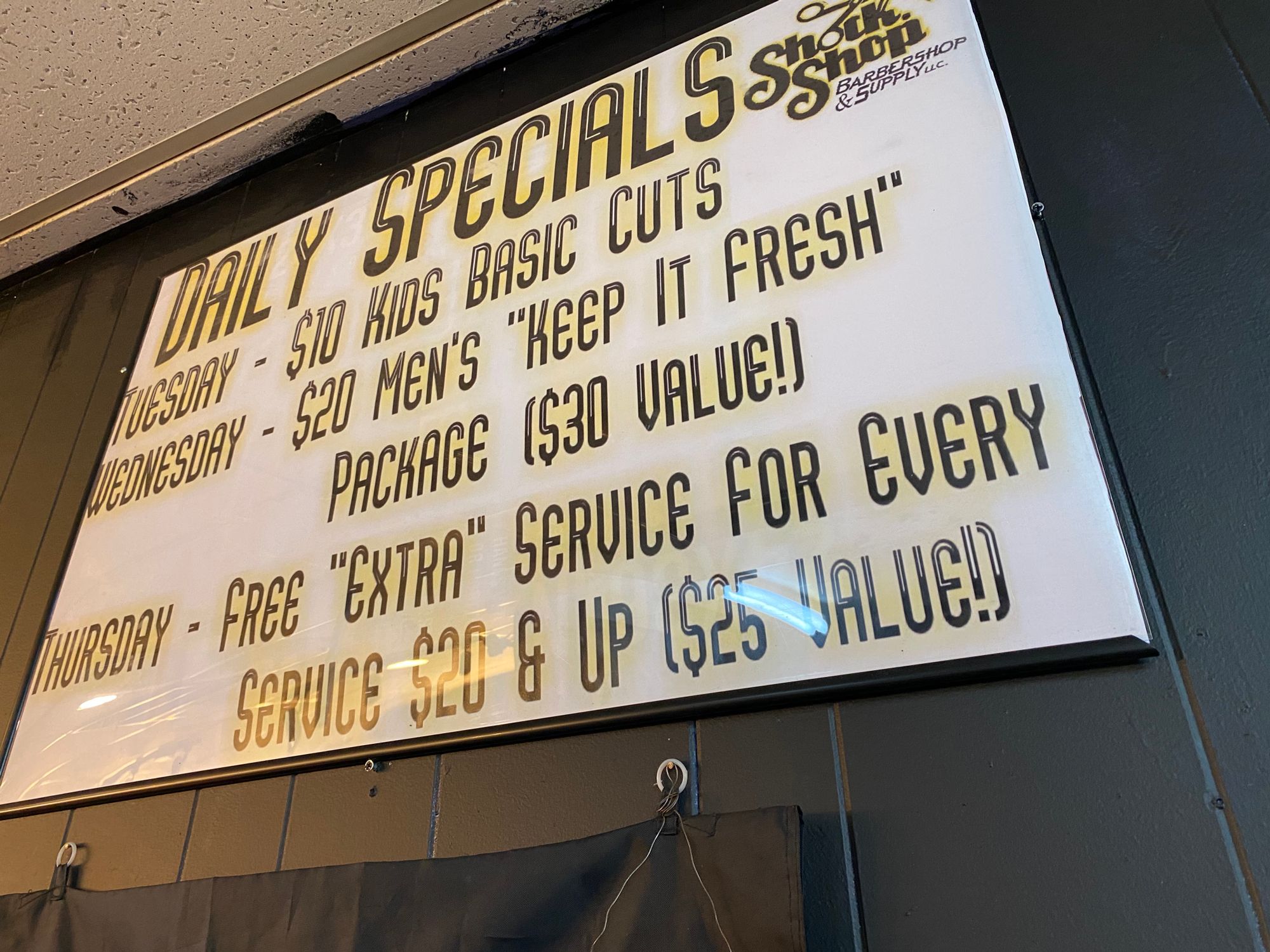 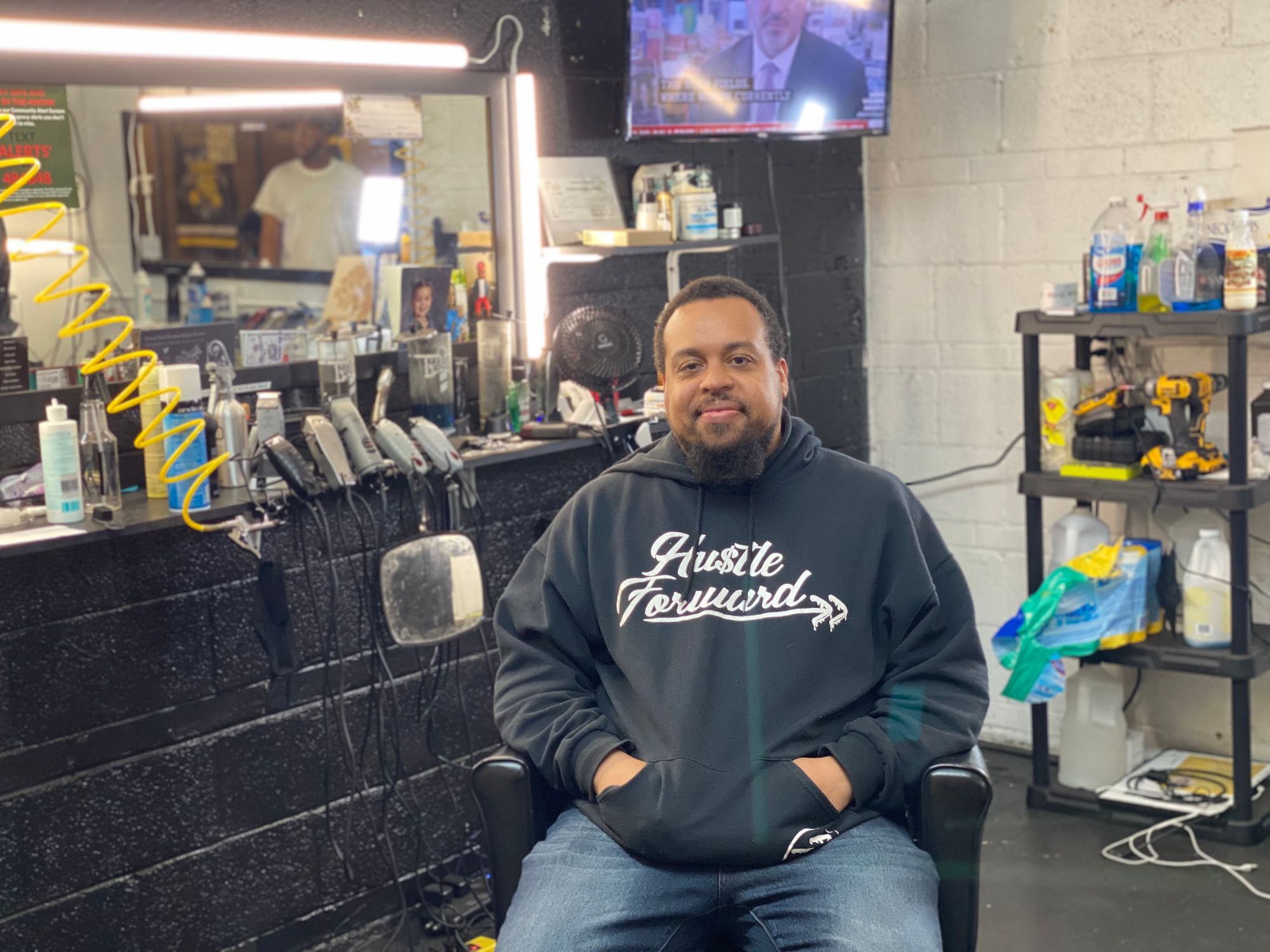 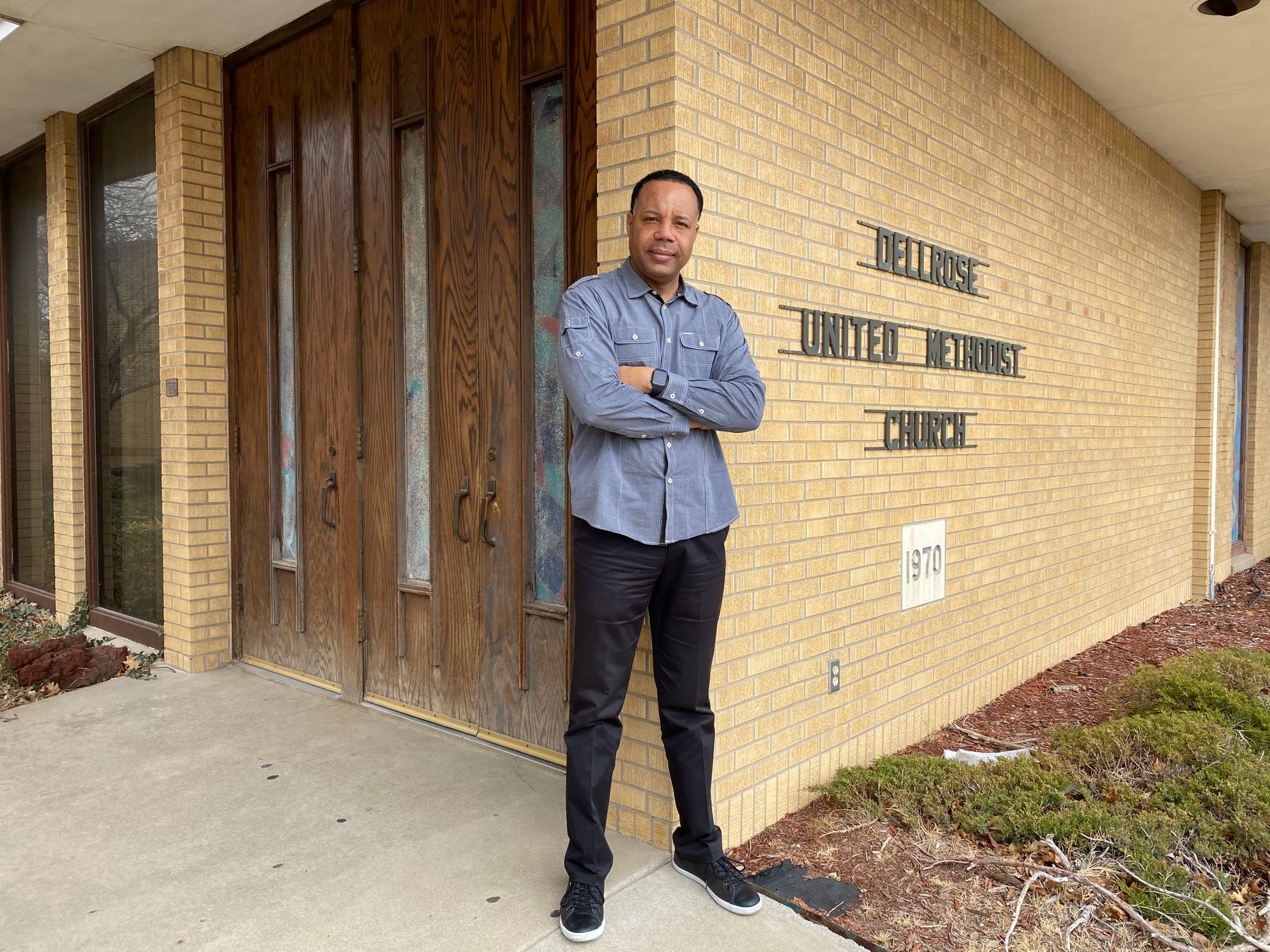 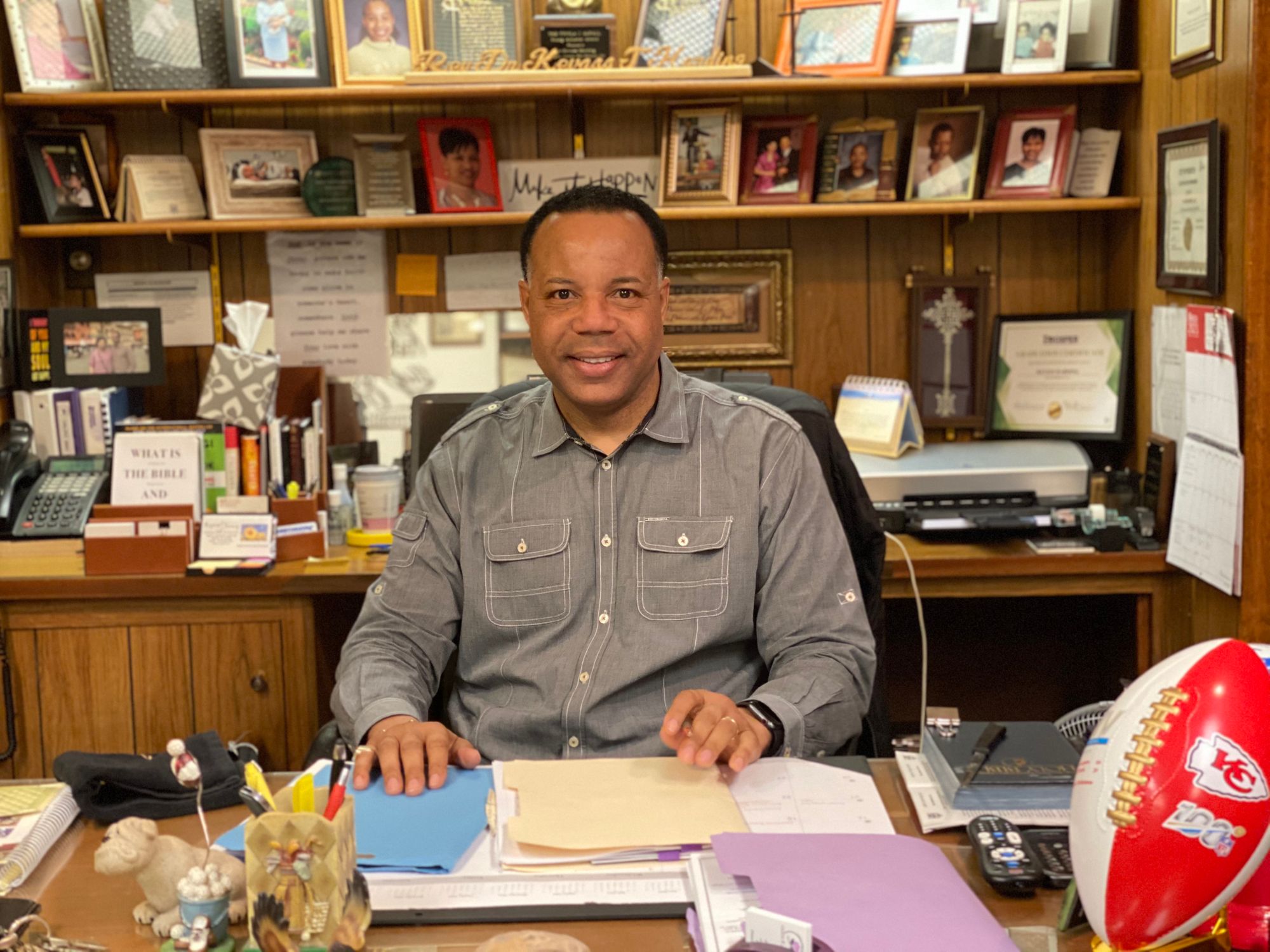 Reverend Harding in his office.

“Fairmont and Ken-Mar are located in a food desert,” shared NaQuela Pack, director of engagement at WSU’s Office for Strategic Engagement and Planning. “If you look at the opportunity to stay within your neighborhood to find the goods you need or services you need, it's not there. Something as simple as access to fresh, healthy produce is not available.”

This food desert has existed since 2016 after the Walmart Neighborhood Market closed in the Ken-Mar Shopping Center.

“I developed an LLC with some partners and we bought the shopping center in 2008,” said Reverend Harding. “A grocery store was my top priority. I called [Walmart] every Monday from January to June until they called back and said, ‘We're coming.’ I was heartbroken when they closed.”

Graham has felt the effects of the food desert first hand.

“My wife and I are both vegan, so we wouldn't be able to survive going to the Dollar Generals and the dollar stores that are located around here,” shared Graham. “They have absolutely no produce, virtually no healthy options. So we're always on the road. We have the luxury and the ability to be able to take these trips to go and get our food. Other families have to settle for what's here.”

Despite all the historical and current issues that have held Ken-Mar and Fairmount back, what makes these neighborhoods so unique is there is the hope and determination from its residents.

“Instead of leaving the city for different opportunities, I've always been focused on trying to bring more to Wichita,” said Graham. “If it doesn't exist here, that's an opportunity. It hasn't been easy. Definitely an uphill battle, building step by step, stone by stone with limited resources. But that's definitely one of the reasons that I'm with a lot of community initiatives. I want to bring opportunities right here to the neighborhood.”

“These are neighborhoods of choice,” said Pack. “People want to live here. There’s a willingness to grow and co-produce things.”

The numerous grassroots organizations that have been formed to help areas including Ken-Mar and Fairmount show a collective resilience in these communities. Along with being a lead pastor and former partner in revitalization of the Ken-Mar Shopping Center (now called Providence Square), Reverend Harding is the executive director of Hope Community Development Corporation, which builds homes for low to moderate-income families in the district.

Deshazer and Graham are members of a core leadership team that is creating a Community Benefit Agreement (CBA) for the area. The agreement plans to outline a variety of community needs including neighborhood hiring requirements for new businesses, potential freezes on rental rates and property taxes to minimize gentrification and the creation of a revenue-based community fund to ensure money circulates through the neighborhood. Completion of the CBA is expected within a year.

“This is a community process,” said Deshazer. “We need to be working together. Whatever we all can do to help us push this forward will be awesome, because it will benefit everyone.”

As a staff member of the most prominent neighbor to Ken-Mar and Fairmount, Pack acknowledges that WSU has an important role to play in the elevation of these communities. This is evident by the university’s recent public request to private developers for the new University Village. The project, which includes the first block south of 17th Street in the Fairmount district, intends to become a destination for WSU faculty, staff, students and neighbors. Officials hope to attract a grocery store, pharmacy, childcare centers and more.

“Improving economic conditions, educational outcomes and cultural prosperity can ensure vitality and sustainability of our community,” stated Pack. “Our neighborhoods have so much skill and talent. We just need to be able to create space, opportunity, and connections to see that come through. By being aware of the history of what our neighborhoods have experienced, we can move forward in a realistic conscious way, and provide what is actually needed versus what we just think we can do. It’s important for us to work together alongside, not come in to try and be a savior in any way shape or form.” 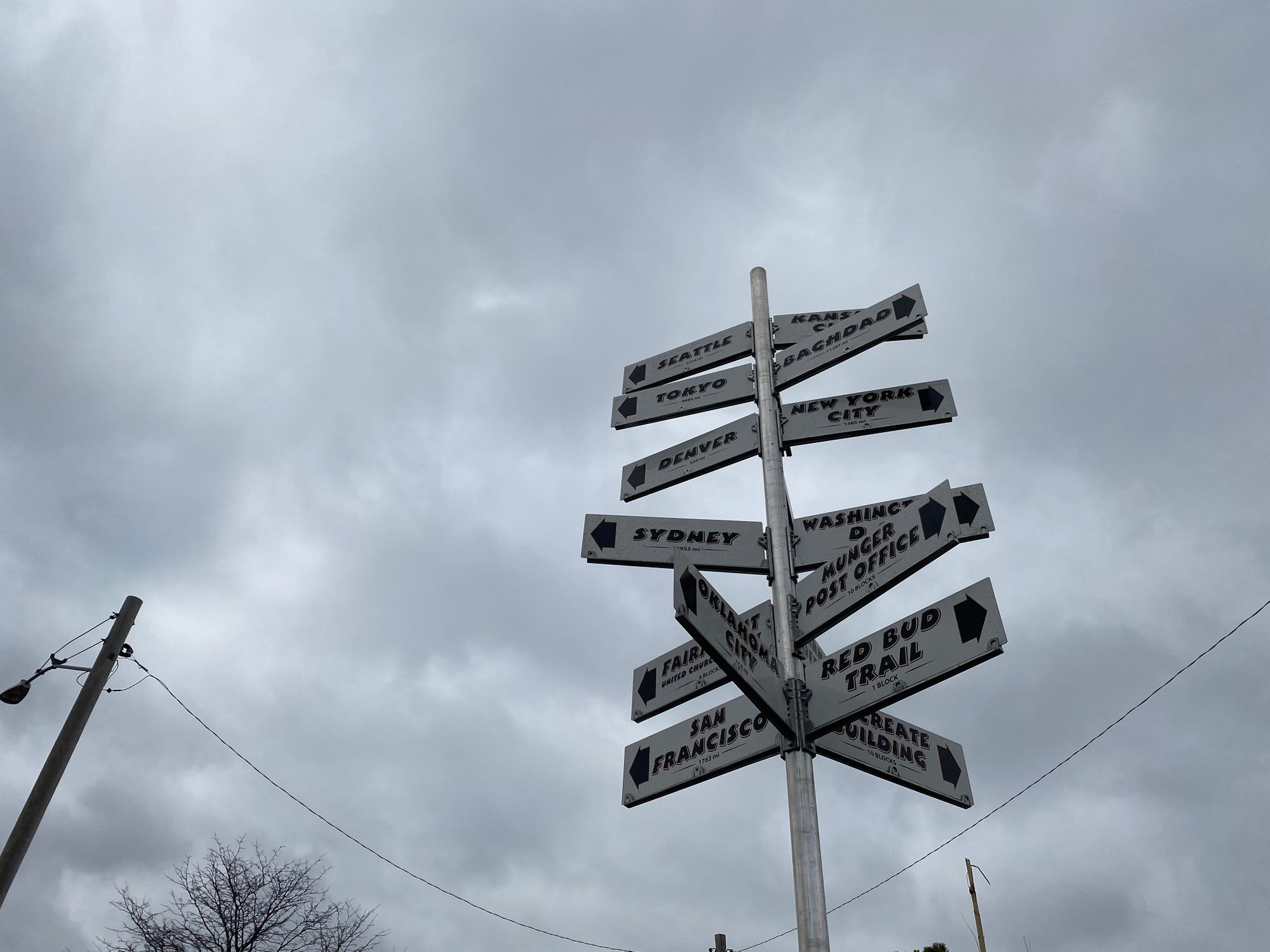 A quirky signpost with nearby landmarks sits high above a community garden in the Ken-Mar district. 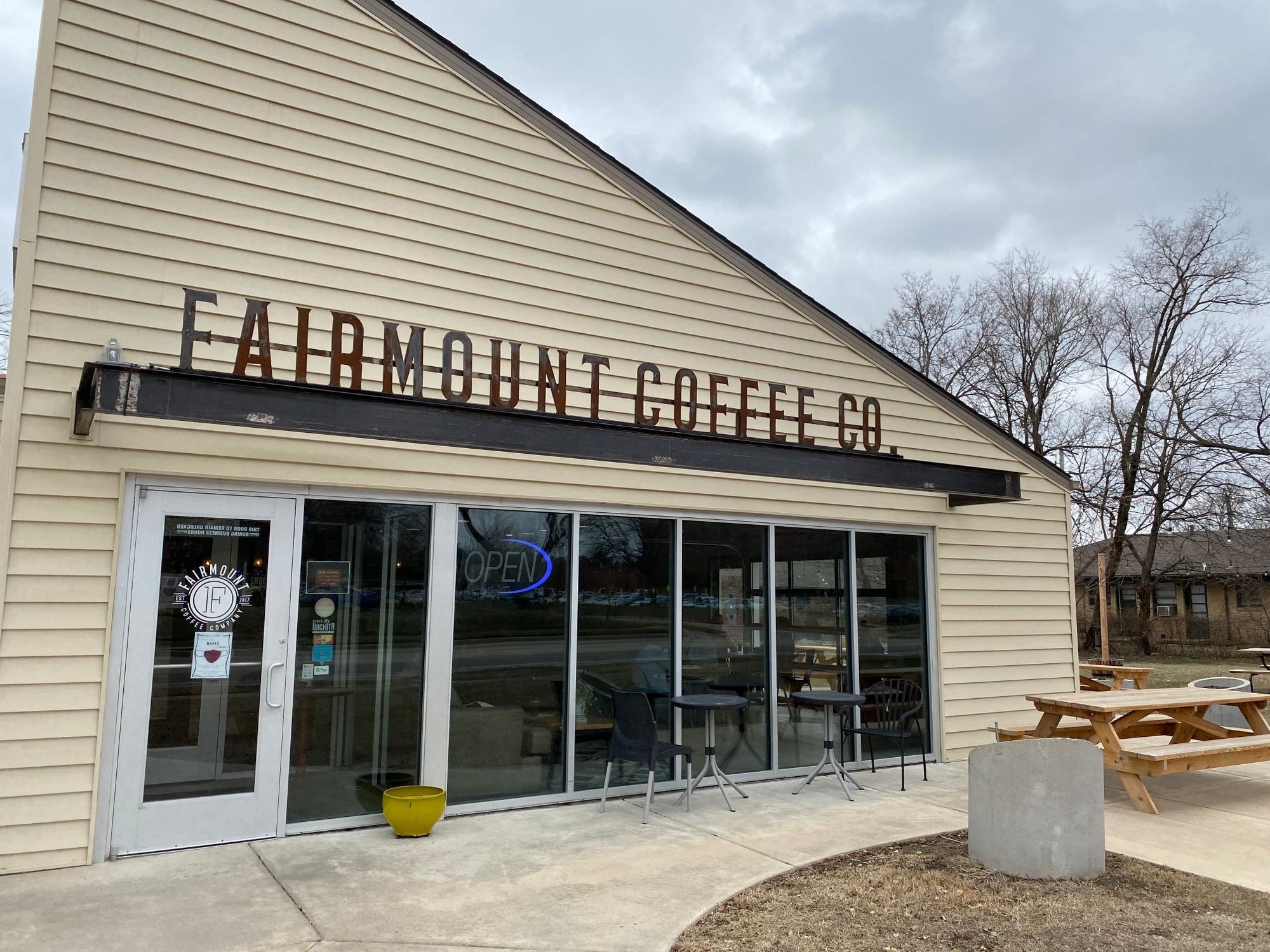 Fairmount Coffee Company is one of the newer businesses to open up in the area. It's located on 17th Street across from WSU's campus. 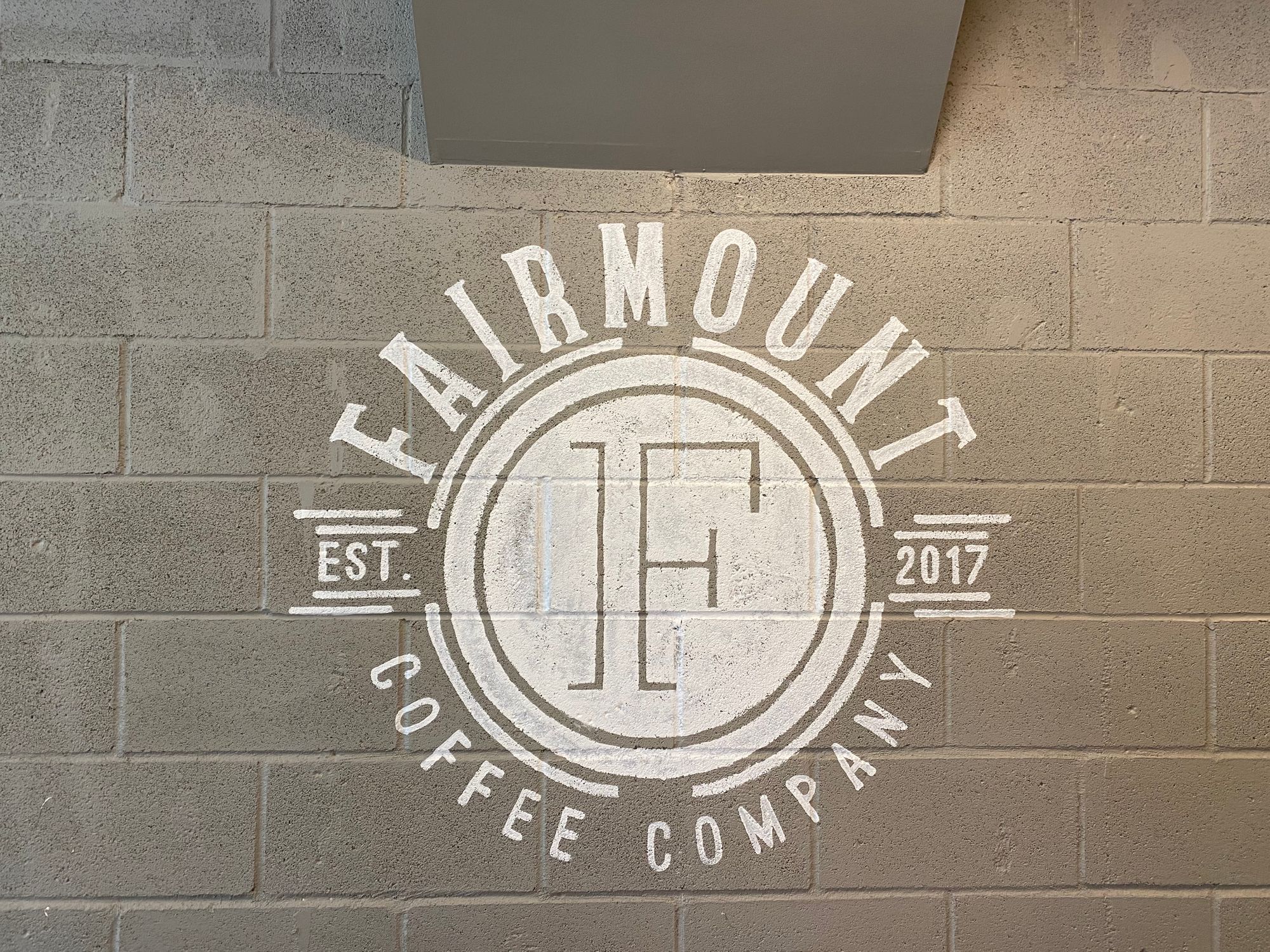 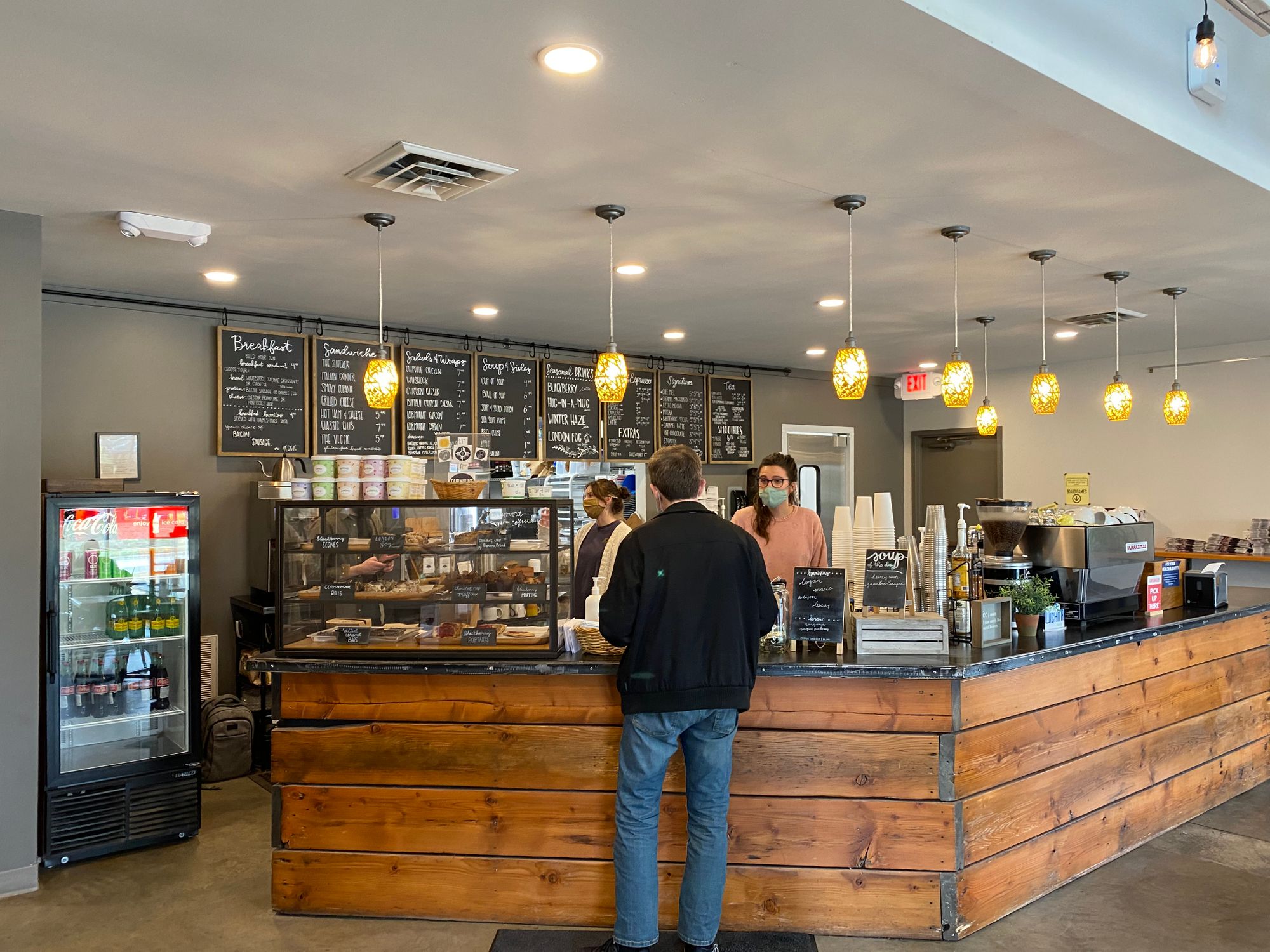 The Redbud Trailhead at the corner of 17th Street and Oliver has hundreds of tiles like this, which highlight important Wichita moments and figures in Black history. 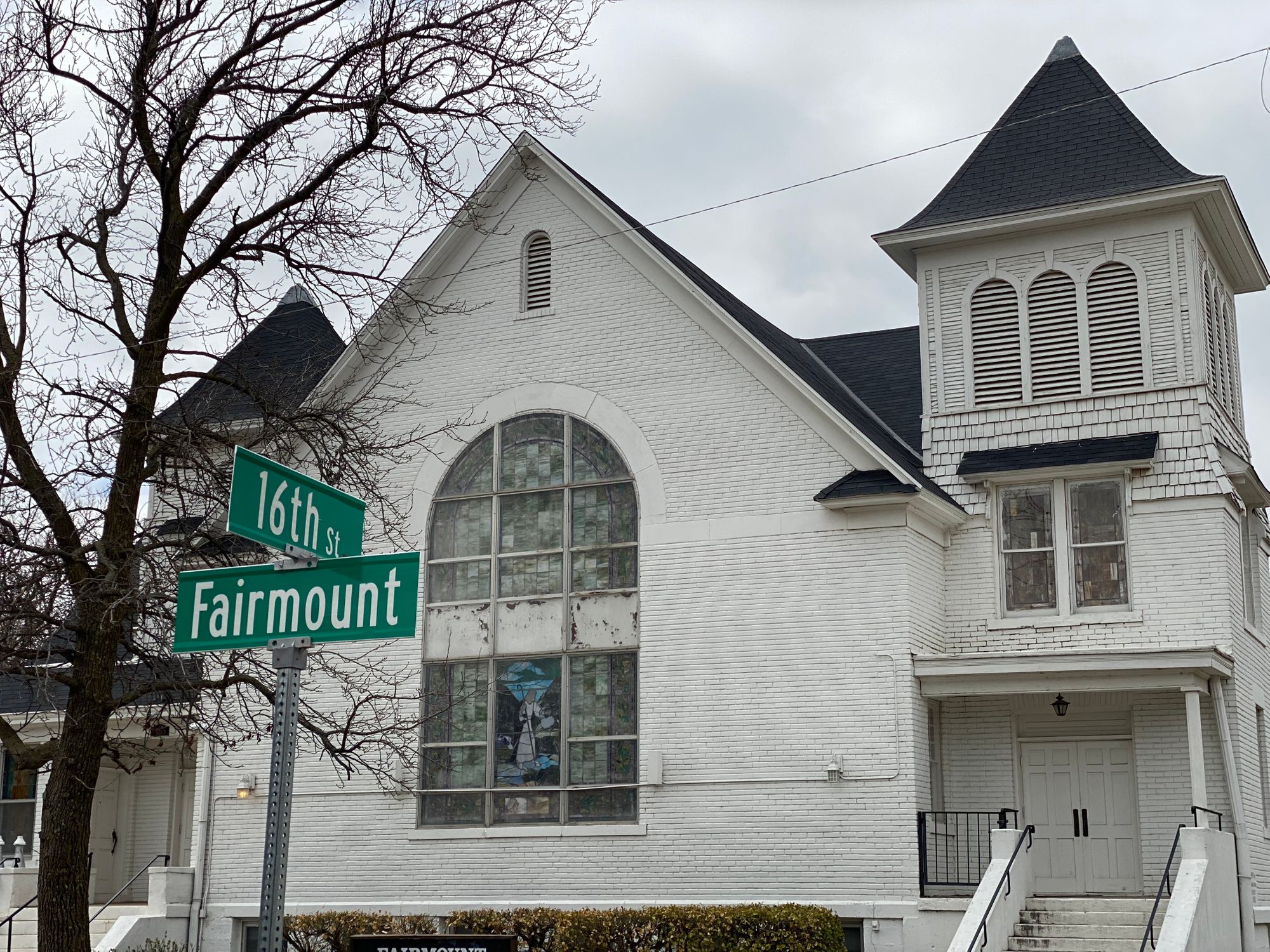 With the development and coordination of these organizations, the Ken-Mar and Fairmount neighborhoods are showing their potential. You can see it in the uptick of visitors to Fairmount Park in the warmer months. You can witness it as you look at local, black-owned businesses that surround Graham’s barbershop. You can watch it as new businesses like Capitol Federal, Fairmount Coffee Company and community centers sprout and take root in the community.

Determination in the face of adversity defines Ken-Mar and Fairmount. And that’s worth celebrating. Not with our words, but our actions. Find a way to explore and enjoy what these neighborhoods have to offer.

Forgotten Districts: The Story of SoCe

The Chung Report is ending. But that doesn’t mean the fight for a more inclusive, informed and involved Wichita is over. When James Chung...

PART 8: EMBRACING CHANGE Entrepreneurs need to keep their head on a swivel in order to stay ahead of the curve. But how do you...

PART 7: FINDING YOUR NICHE How do you stand out to consumers who are constantly bombarded with marketing messages and multiple choices every day? According...