Despite his father's business, Builders Plus, Chris Callen didn't have plans to go into the construction industry. He went to the University of Kansas for a degree in business information systems and entered the corporate world.

"I was in corporate world for all of about three days before I realized it was not for me," he says. "It didn't have the culture, the passion. It was the worst-case scenario."

Immediately, Chris began looking for an opportunity to either start his own company or partner with someone. After talking through potential options with his parents, he realized there was a huge opportunity to bring technology into construction.

Chris began getting more say in how Builders Plus was run, starting with the logo. In 2008, he decided he wanted to change it. 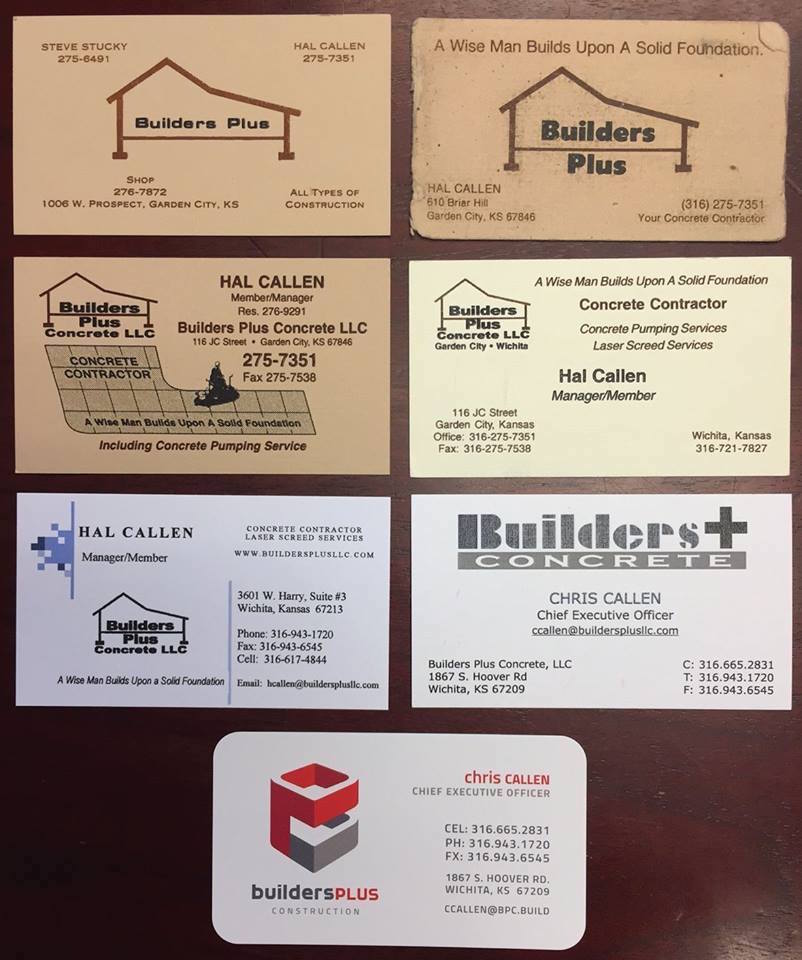 In 2015, after taking over as CEO, Callen took another stab at the logo, this time crowdsourcing hundreds of designers with a reward of $1,000 to the winning design. 670 designs came in and about 660 were "pretty terrible," Callen says. They settled with one, but quickly realized it wasn't quite there.

Callen later met a designer and offered to have them work out of the Builders Plus offices until they got the logo they needed. After a few days of working closely, they got it.


Business cards show the evolution of the Builders Plus logo.


A more substantial change Chris brought was a shift toward use of technology.

"Every time an issue, or a problem — or even a process enhancer — comes to light in construction, I immediately look for a technology solution," he says. "I will go to technology before I go to anything else."

Callen's quest to bring high-tech into the sometimes archaic world of construction has led to the use of virtual reality, mobile applications and unmanned aerial vehicles, or drones.

Still, Builders Plus has a history of being ahead of the curve, even before Callen began his quest as an innovator. Before moving to Wichita, the company was based in Garden City, where Callen also grew up.

"In the late '90s, we invested in our first innovative piece of technology called a laser screed," he says. "Today, it's pretty much common place on any job site, but at the time, it was a game-changer." 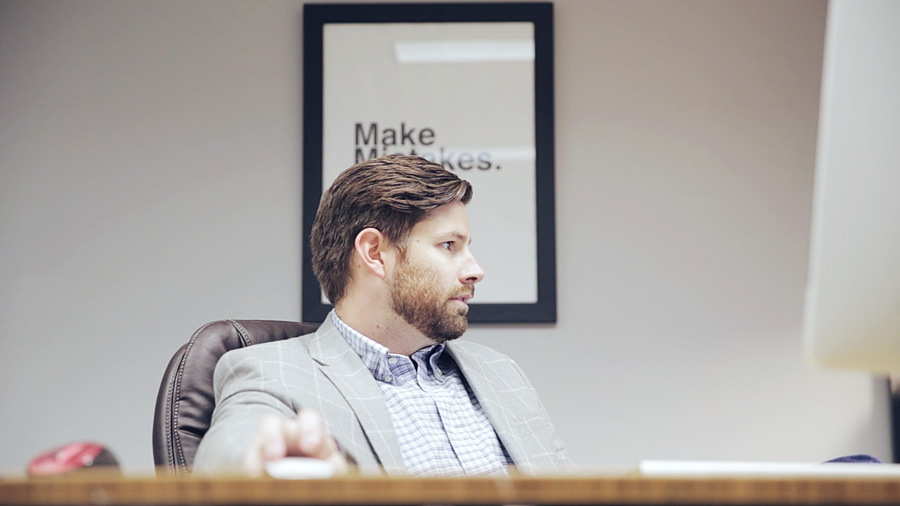 With that innovation, the company took off. It quickly outgrew the Garden City market and it forced Callen's father to make a difficult decision: Relocate to Wichita or sell Builders Plus.

"At that point in time, our company was in a very precarious position," Callen says. "Moving to Wichita was moving to the promised land. Since we've been here, we've been amazed with the city we've encountered."

The success of the laser screed put Builders Plus on a track to innovate. Even before Callen took over, he recalls going to his father about other new technologies that revolutionize specific construction processes.

"He says, 'Well, I don't know about that,'" Callen says. "I just say, 'Laser screed.' And he knows exactly what I'm talking about."

Callen says he hopes this insistence on the use of technology will also attract young talent to the construction industry, which he says gets a bit of a bad reputation because of its resistance to new technologies.

"It's hard to recruit," he says. "It's hard to tell someone that construction is a great industry when, throughout high school or middle school, the teachers are saying, 'You better study or else you'll be one of those guys out there digging ditches.' ... If we don't have A-players jumping into our industry, then we won't ever revolutionize our industry enough to get away from digging ditches." 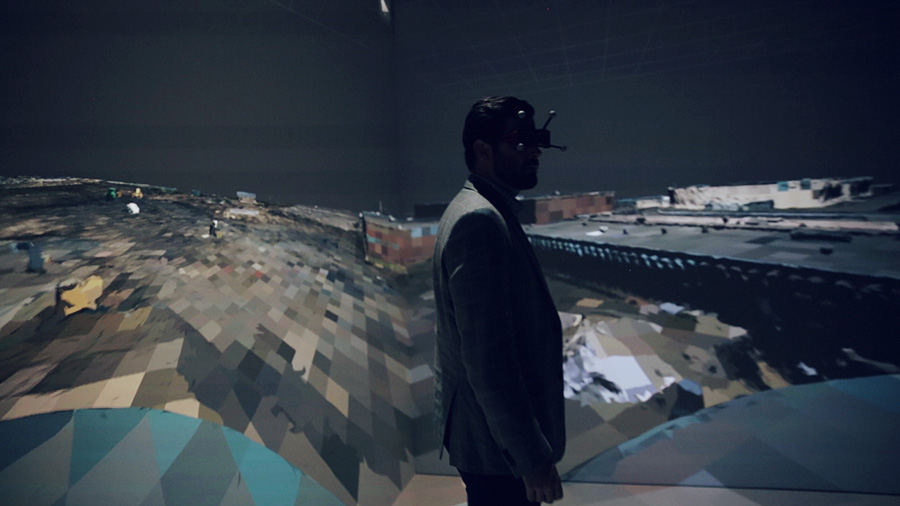 One way Callen is bringing technology and change into the field is through virtual reality. He says this tool can be used in everything from training new employees to having clients walk through their building before it's actually built, catching client changes before the shovel hits the dirt.

"The only thing preventing construction from being the most technological industry is construction," Callen says. "I have a poster in my office that says, 'Make Mistakes.' A lot of people read that the wrong way, but if you make mistakes for the right reason, then those are positive interactions."

Callen's experiences, from allowing a designer to share his space to using technology startups to work on construction solutions, have led to GroundWork, an informal startup incubator that now has six startups working out of Builders Plus' new offices. 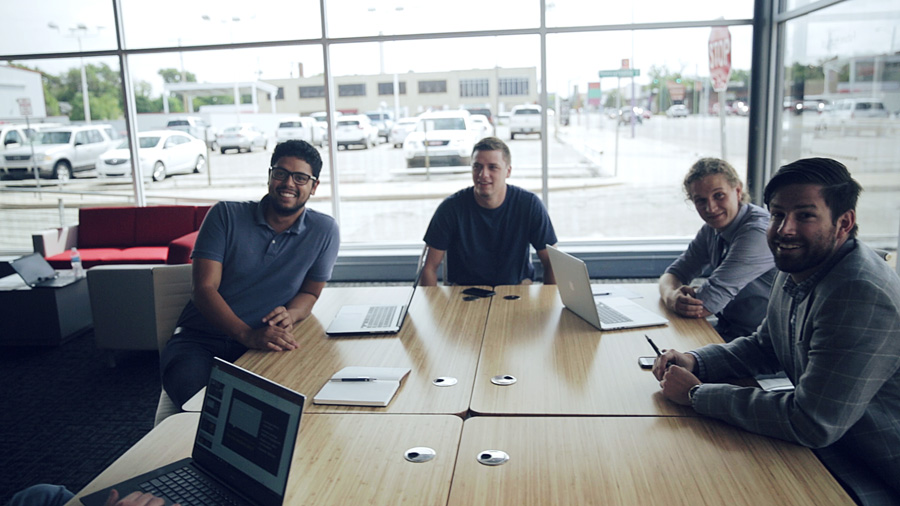 While Callen sees helping promising young entrepreneurs as a part of his duty as a Wichitan, it has an economical purpose, as well.

Every company in the world is a technology company today. I think that's something not only construction, but also Wichita in general, hasn't been able to capitalize on.

"GroundWork, in layman's terms, means work that can be completed so that future work can be had," Callen says. "If we don't have any companies to build, or any ideas to foster, then I'm probably not going to get very far as a contractor."

This idea has influenced Chris' business decisions, including in selecting the former Big Dog Motorcycle building at 1520 East Douglas as the new Builders Plus location. With more space than his company needs, Callen has the room to house startups, who not only get an office to work out of, but also can work directly with Callen and Builders Plus to continue to bring innovation into the construction industry.

"Every company in the world is a technology company today," Callen says. "I think that's something not only construction, but also Wichita in general, hasn't been able to capitalize on."