Listen in on a conversation between Wichita Police Chief Gordon Ramsay and Sedgwick County Sheriff Jeff Easter as they talk through crime, recruitment and more.

Here's what you need to know about Ramsay and Easter: 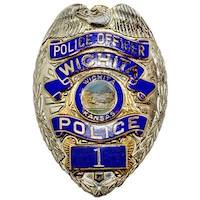 Ramsay took over as Wichita Police Chief in 2016 after moving from Duluth, Minnesota, where he was the youngest police chief in the city's history. Since taking on the role, Ramsay's duties have included: 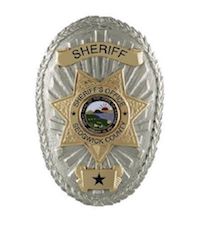 Easter was elected Sedgwick County Sheriff in 2012 after retiring from the Wichita Police Department as a captain of the north patrol. His duties as sheriff include:


View the conversation in three parts:


Ramsay and Easter jump straight into the conversation, first discussing issues in recruiting new law enforcement officers for both agencies. While it is difficult to get new applicants, Easter and Ramsay are pleased with the types of people who are applying.

Ramsay says police officers are simply not paid enough and is interested in how a recent pay increase for county officers, which went into effect earlier this year, could impact hiring and retention.

Ramsay recalls county and city officers not working well in his first policing job near Milwaukee, but says the two agencies work together well here in Wichita. Easter says having a joint training facility since the '80s has helped that relationship.

Both Ramsay and Easter agree that sharing resources between the county and the city is best, as it also saves taxpayers money.

Finally, Easter and Ramsay talk about keeping officers mentally healthy. They say a shared psychologist would give a lot of assistance to officers who witness traumatic incidents.


Easter kicks off the second part of the conversation by talking about the changes he's seen in Wichita's neighborhoods and how economic development can help turn crime-heavy areas around.

Easter says community policing has helped areas like north Wichita, but the Broadway corridor is still struggling with crime.

Ramsay says officers are a big part of economic development as they provide a greater sense of safety in specific areas of the city. The perception of crime can have a big impact on whether a new business will come into the area or not.

Ramsay and Easter next talk about mental health and substance abuse and how these factors impact crime in Wichita. Ramsay says finding people housing and helping to stabilize the mentally ill has largely become the job of police officers.


In the third part of the conversation, Ramsay and Easter talk about the perception of police, both nationally and in Wichita. Easter says it's important to screen the "bad apples," but the majority of law enforcement are out there serving for the right reasons.

Easter says support for law enforcement is high in Wichita, but it's important for citizens to question police and for the police to be able to justify their actions.

Next, Ramsay and Easter talk about the increased use — and expense — of body cameras. In the beginning, Easter says his officers were reluctant to wear body cameras, but now they don't want to go out on the streets without them.

Easter talks about issues facing the Sedgwick County Jail, including lawsuits filed by inmates and overcrowding. Easter says new treatment options and a dedicated facility for suspects with mental health or substance abuse issues could have a big impact on lowering overcrowding in the jail.

View our previous Power Breakfast with Knebel and Oborny