Government can get confusing. Use this guide to see how our government is set up, so you know exactly what your vote is going toward.

UNDERSTANDING HOW TAXES ARE SPENT

The Capital Improvement Plan (CIP) is one of the most important documents overseen by elected officials in Wichita — and just about any other city. It outlines a full decade of financial planning, laying out the financing of everything we expect from our local government — streets, police, public transit and much more.

Having a grasp on what the CIP is, how it's approved and what it funds provides a solid understanding of how our taxes are spent. It also shows us what makes our city different. Every city funds roads and public safety, but it's the projects outside of the obvious needs that make us different.

As we go through this document, ask yourself where you'd like to see your money go. Think about what additional funds could do to make Wichita thrive — and what reduced funds would sacrifice.

First, let's go through how the CIP gets discussed and approved — and where there are opportunities to make your voice heard in the future.

WHAT FUNDS THE CIP?

Before we can talk about where our money goes, we have to talk about the money itself. It's worth noting that many of these projections will likely change due to Covid-19. Sales tax, for instance, is based on consumer spending, which has taken a huge hit from the pandemic.

But sales taxes aren't the only funding tied to government spending. A bulk of Wichita's revenue actually comes from water and sewer utilities. 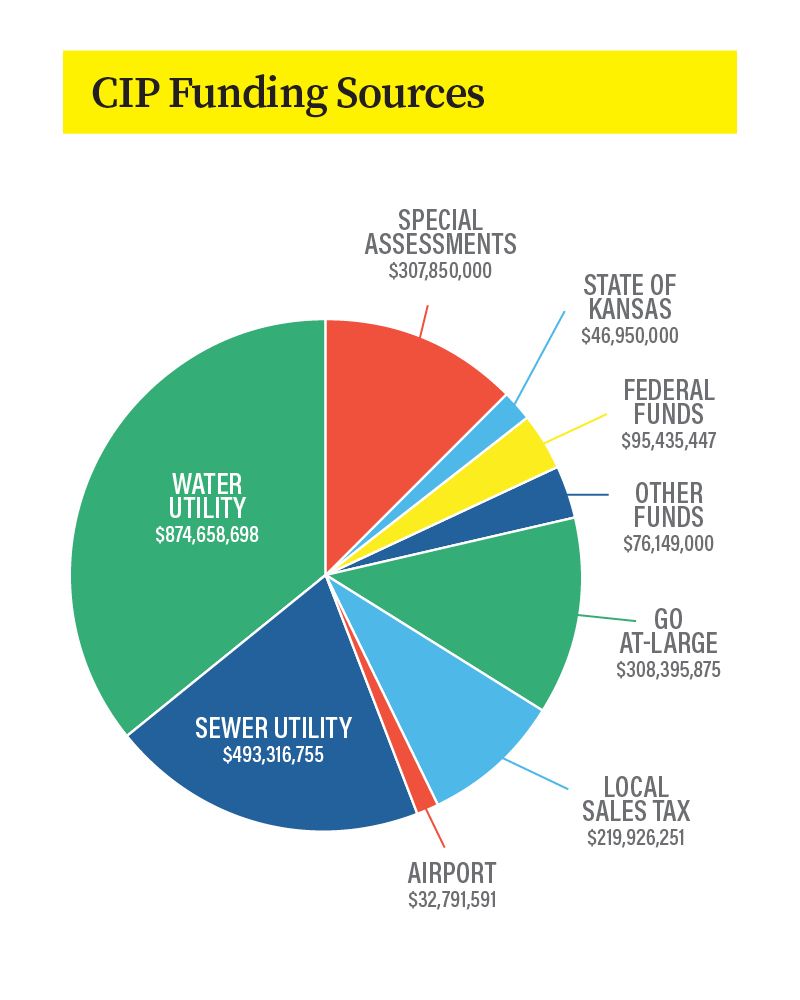 Local taxes make up just 21.5 percent of the City of Wichita's total revenue. Utilities make up 55.7 percent and other sources, including federal and state funds — which are, in part, funded by state and federal taxes — and airport revenue, round out the rest. 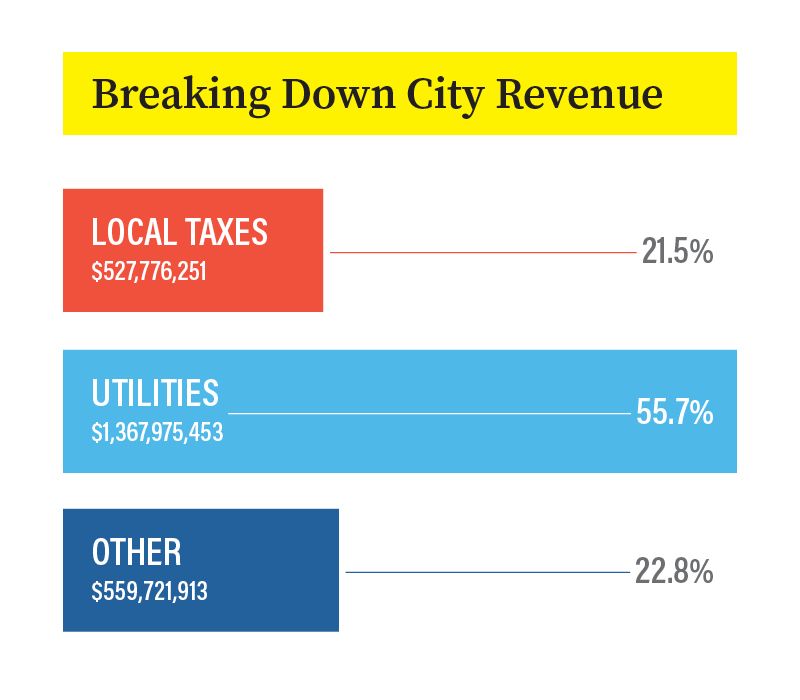 WHERE DOES MONEY GO?

Now that we have a good idea of where our money comes from, we can talk about where it goes — what it funds and how those items break down.

The most obvious trends in CIP spending show that the bulk of our funding goes toward essential services — water, sewer and arterial roads. 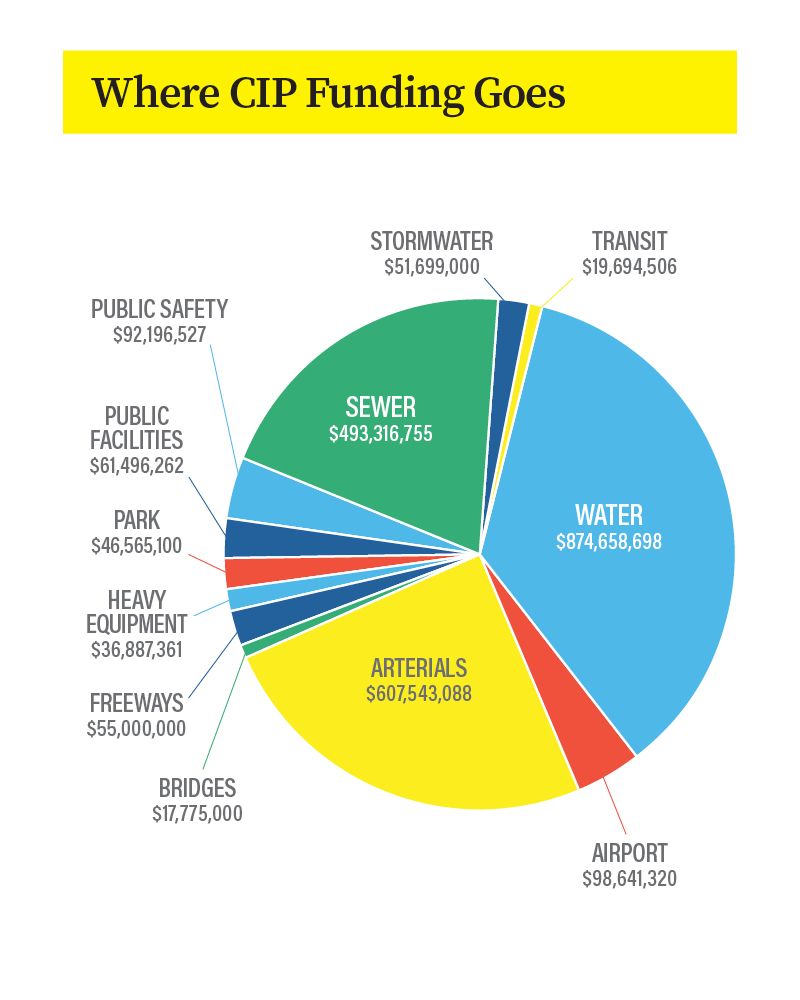 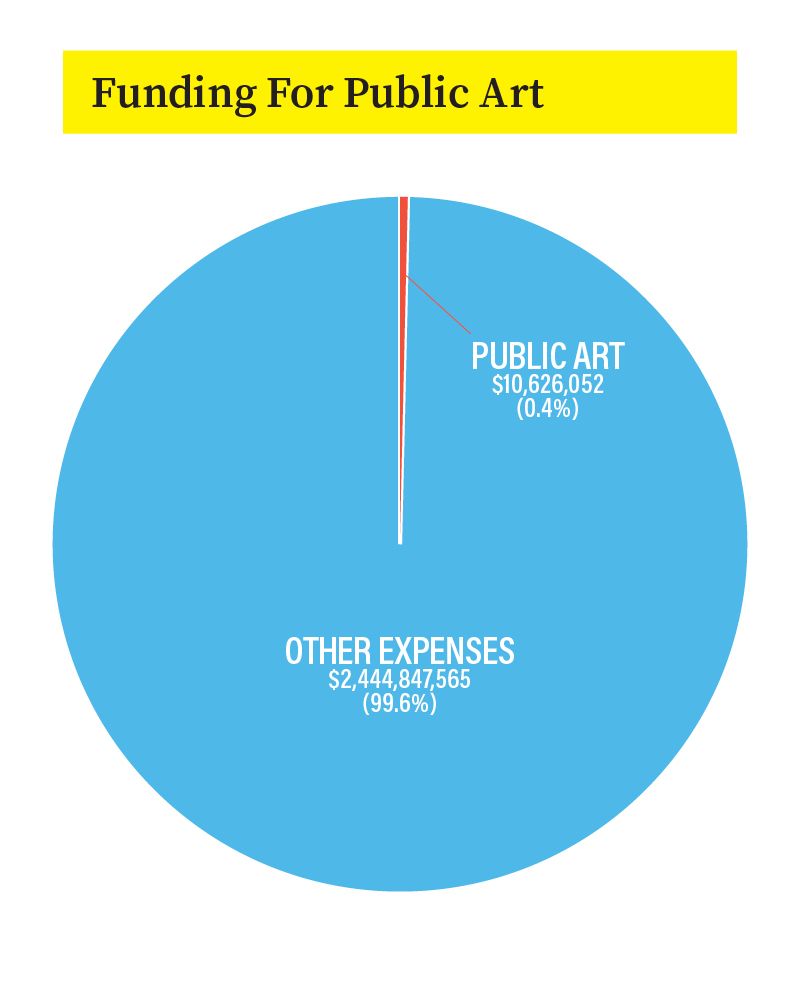 Any conversation about taxation and government fiscal responsibility centers on the idea of needs versus wants. For those on the side of fewer taxes and, therefore, fewer public services, needs should be the sole focus of plans like the CIP.

For those on the side of seeing more things like parks and public art, wants are an equally important part of the CIP.

Currently, Wichita's CIP heavily favors the needs, with over $2 billion earmarked for the next 10 years. 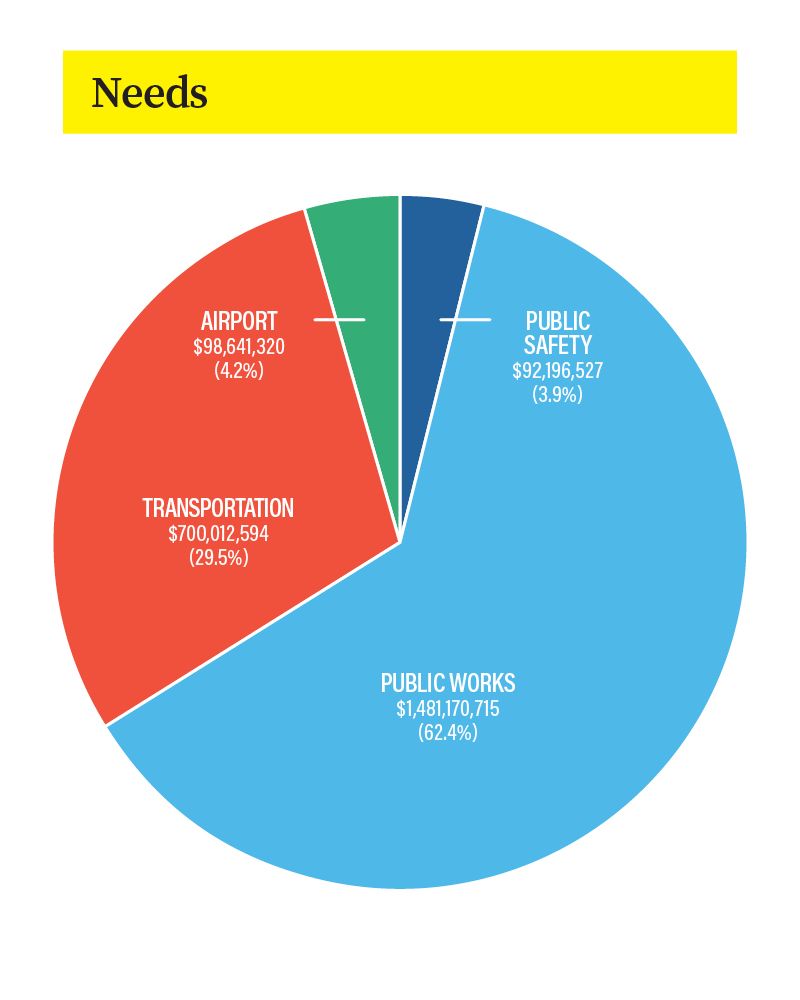 Wants, on the other hand, make up just $55 million. To put this into perspective, a new convention center at the estimated cost of $130 million would easily eclipse all other "wants" funding over the next 10 years. 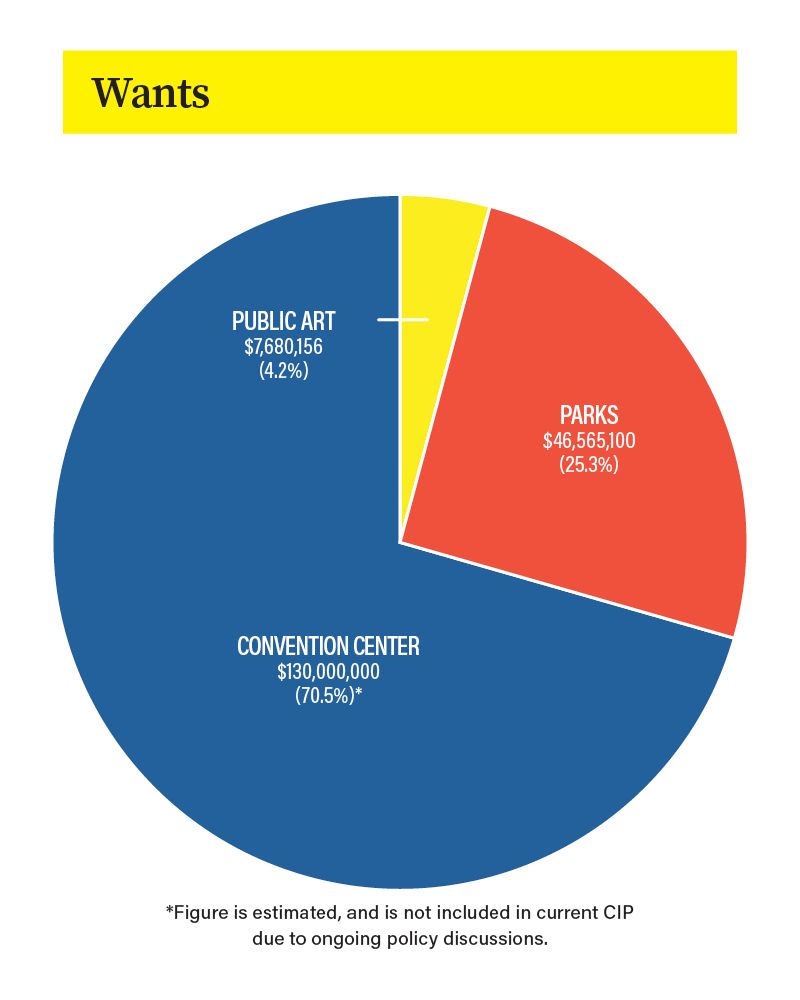 While needs are obviously important and make up the bare minimum most of us expect from our local government, it's the wants that get our city to thrive rather than simply survive. 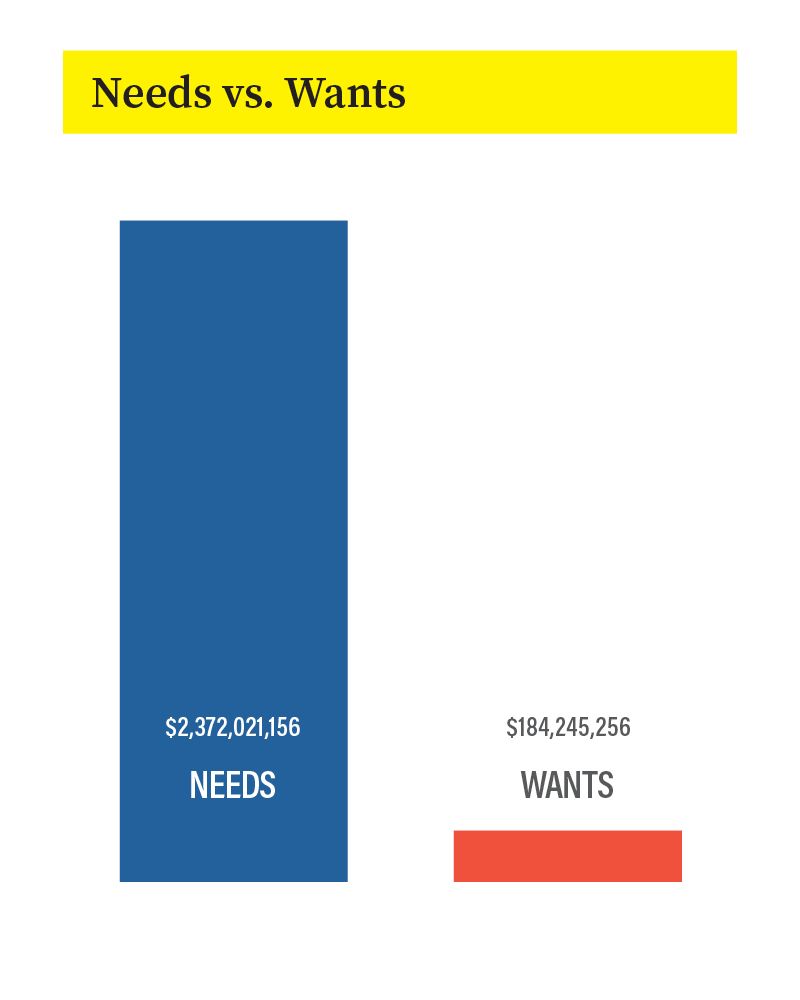 After reviewing some of these figures from the CIP, what would you like to see different? What ideas deserve funding and can truly help our city stand out?

Throughout the CIP process, there are opportunities to make your voice heard. Here are some ways to get involved:

1. Communicate your priorities to your City Council representative.

Discover your representative and contact them to start a dialog.

Each district has a District Advisory Board made up of citizens who live within that district. These smaller gatherings provide easier access to your elected official, espeically for conversations about the CIP.

It's especially important to be aware of Council decisions surrounding the CIP. Check out the schedule to attend in-person, or watch online.