From art galleries to creative businesses and urban living spaces, Commerce Street has become a vibrant arts district in the shadow of Intrust Bank Arena.


Commerce Street is a relatively small warehouse district bound by INTRUST Bank Arena, Kellogg and the BNSF railway. For generations, this area held many of the city's industrial warehouses and served as a major manufacturer of broom corn.

A small group of artists made the area their home, and Commerce Street has since evolved into a bustling district full of art galleries, creative businesses, boutiques and even apartments.

So we photographed this low-key district on a Final Friday art crawl to see how everyday Wichitans interact with the district and its galleries. We also talked with some of Commerce Street's best-known patrons to discover how the area came to be and where it could be going next.

The Fisch Haus has had the biggest impact, as it hosted gallery showings and literally housed many of the city's artists. The other Commerce Street galleries, including the Hue Gallery, Shift Space and Fiber Studio, got their starts because of the foundation laid by the artists at Fisch Haus. 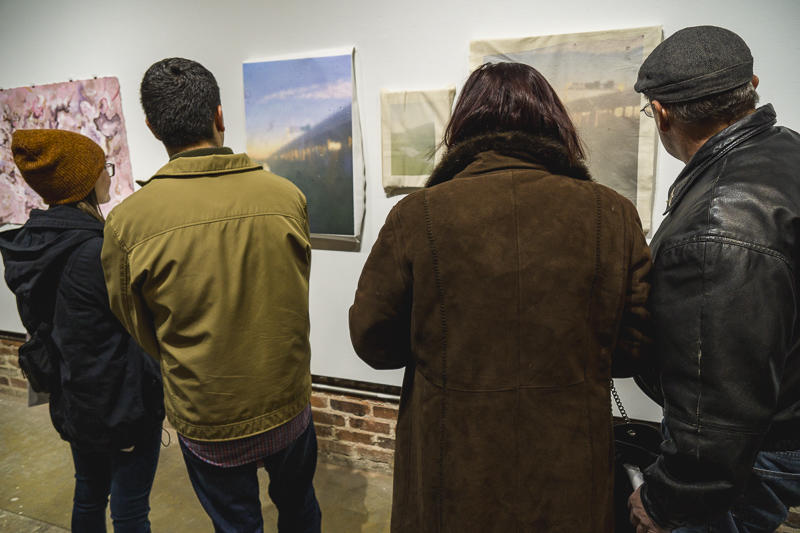 Gallery-goers visit Wichita State University's SHIFTSPACE, where student art is on display during Final Friday. Final Fridays attract hundreds as galleries in Commerce Street, Old Town and across downtown open up to patrons. 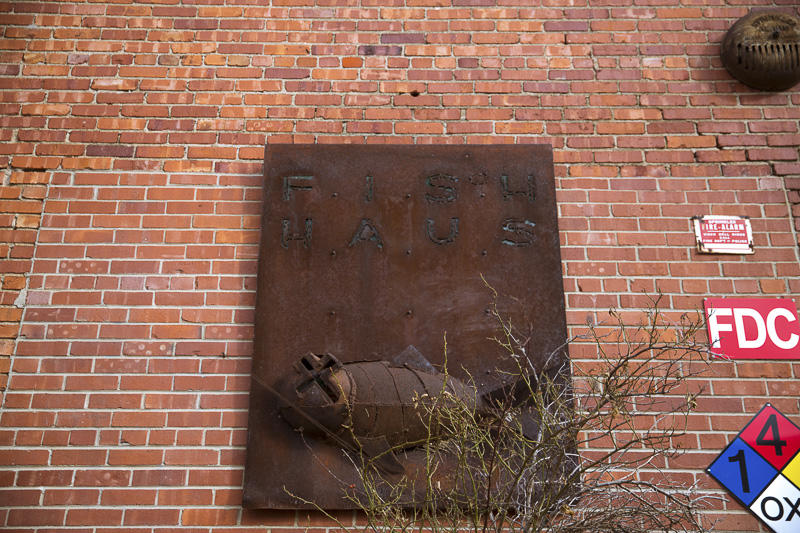 The Fisch Haus' unique aesthetic adorns much of Commerce Street. This artist collaborative was founded in 1990 by resident artists Patrick Duegaw, John Ernatt, Eric Schmidt and Kent Williams. Dozens of artists from across the globe have shown their work — and even lived — in the space. 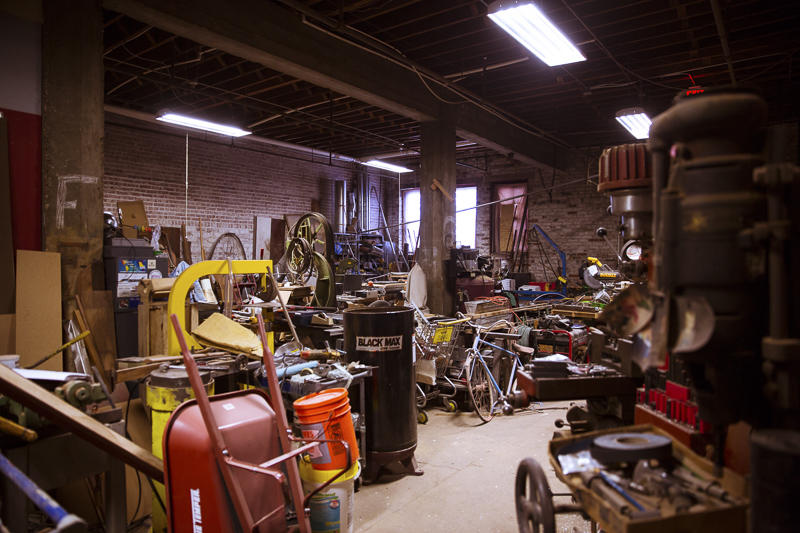 Much of the Fisch Haus is working studio space. The artists there have blended their lives with their work, as they live, create and exhibit all in the same building. 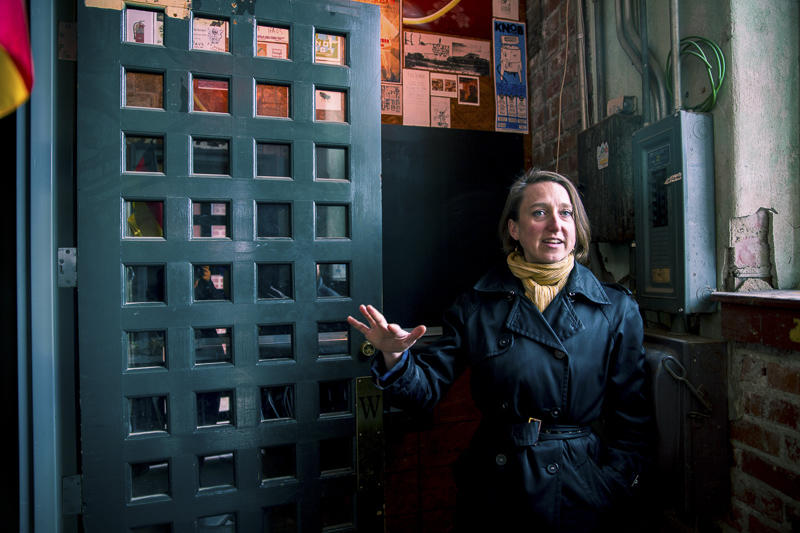 Elizabeth Stevenson, director of Fisch Haus, shows the posters adorning the entry way. The posters advertise shows dating back to when the Fisch Haus first opened. 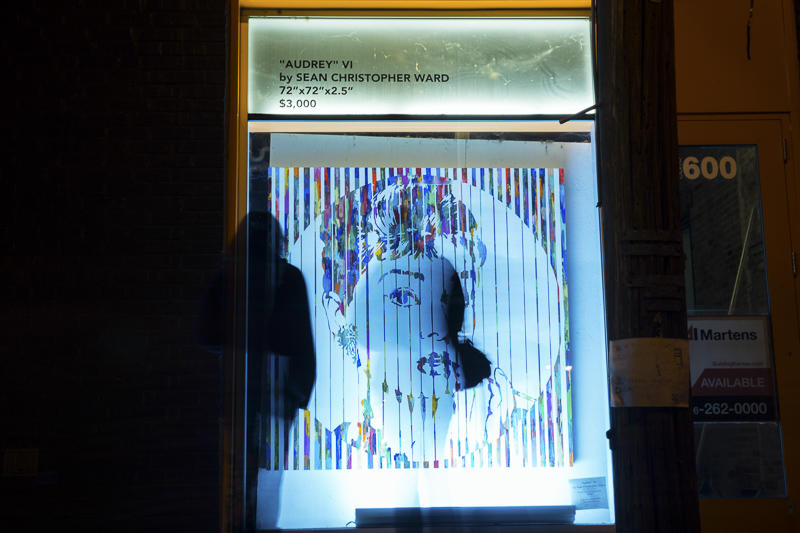 Final Friday patrons pass by Sean Christopher Ward's "Audrey," which was stationed behind glass on the Commerce Street walkway. Art on Commerce is not confined to the gallery spaces, but can be found on the street, and in the light installments across the district. 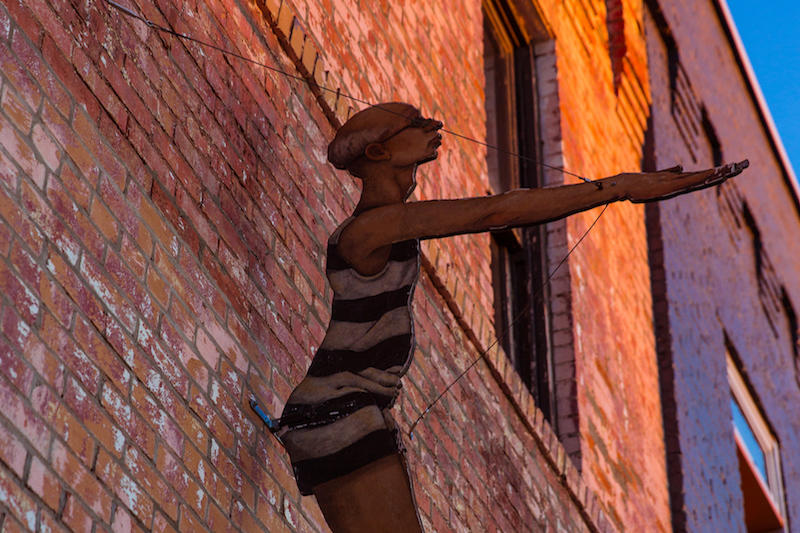 Diver House — now Diver Studio — was in many ways the first iteration of Fisch Haus, as the original artists rented this space before Fisch Haus became available. 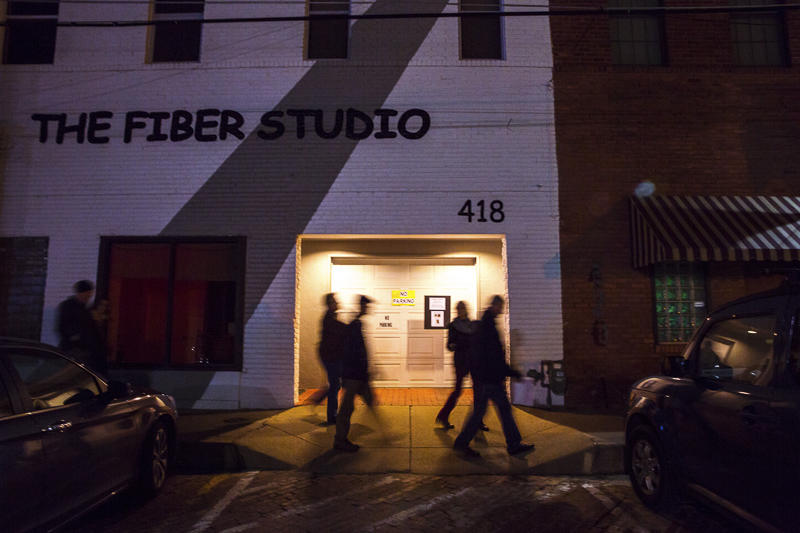 The Fiber Studio is yet another Commerce Street staple, displaying arts in the district since 2002. 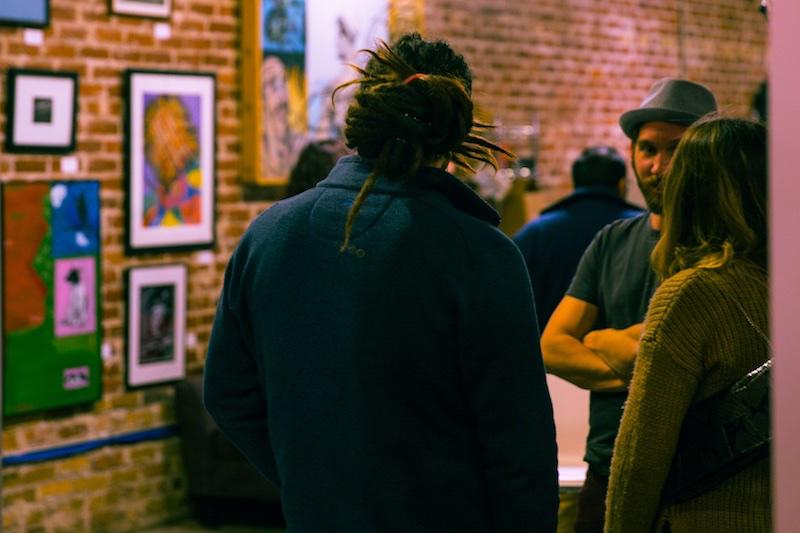 A gallery in another section of SHIFTSPACE opens up for patrons on Final Friday.

Since becoming a thriving arts district, Commerce has also begun attracting creative businesses, eager to make a mark in the city's creative community.

Creative marketing and advertising agencies including Apples & Arrows, Clutch Studios, Burly Studios and RSM Marketing have, at one time, all made Commerce their home. Other small businesses have also followed, including a frame shop, a salon and a yoga studio. 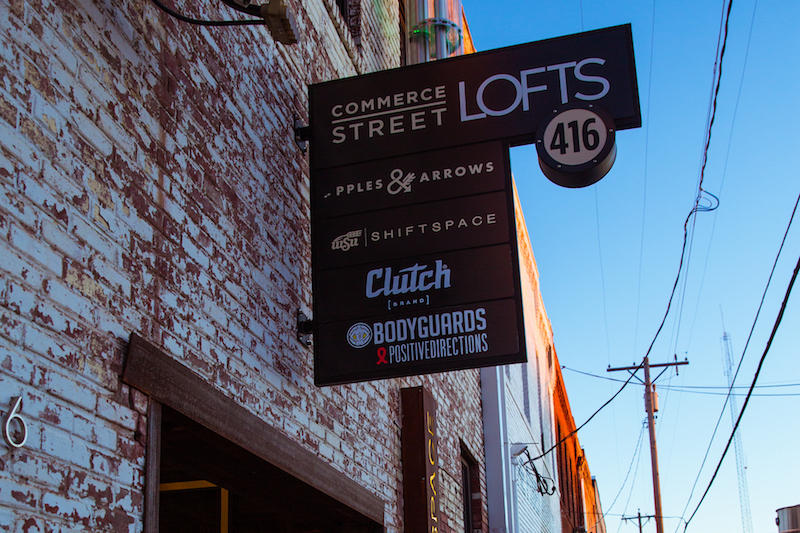 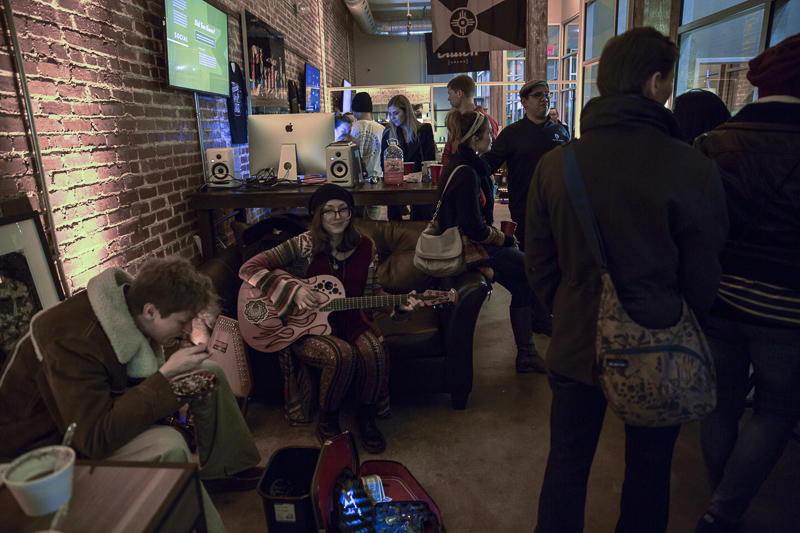 Businesses have also taken advantage of the bustling Final Fridays, as seen here in Clutch Studios, a creative branding, social and video agency now located in the heart of the district. 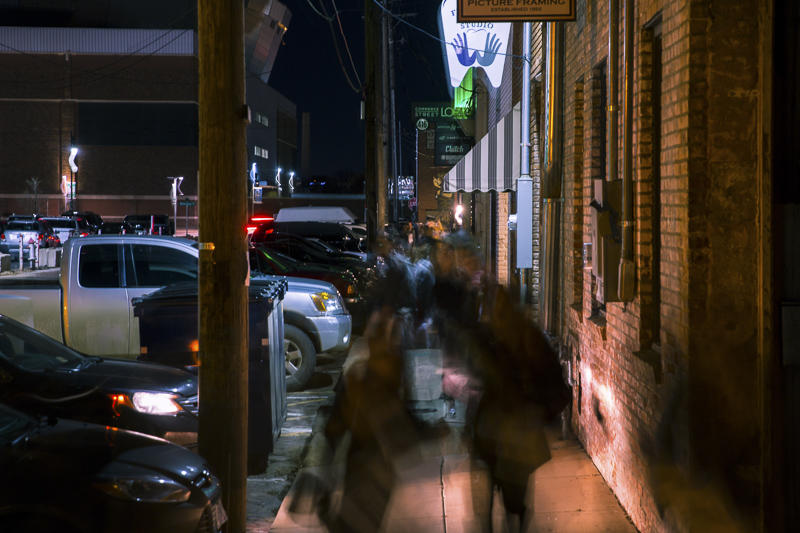 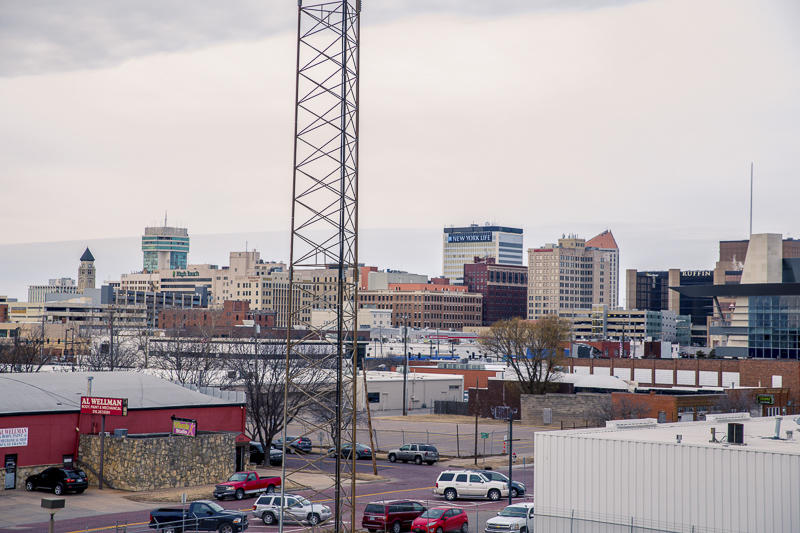 Commerce Street may be its own district, but it's becoming more and more integrated with nearby downtown and Old Town districts.

A growing number of new Commerce Street occupants are not art galleries or businesses, but loft and apartment spaces. The Finn Lofts and the Commerce Street Lofts have leveraged the now-established arts scene on Commerce to attract new residents to the area.

Before it was a mixed-use district, artists like Patrick Duegaw, Elizabeth Stevenson and Kent Williams called Commerce Street home. 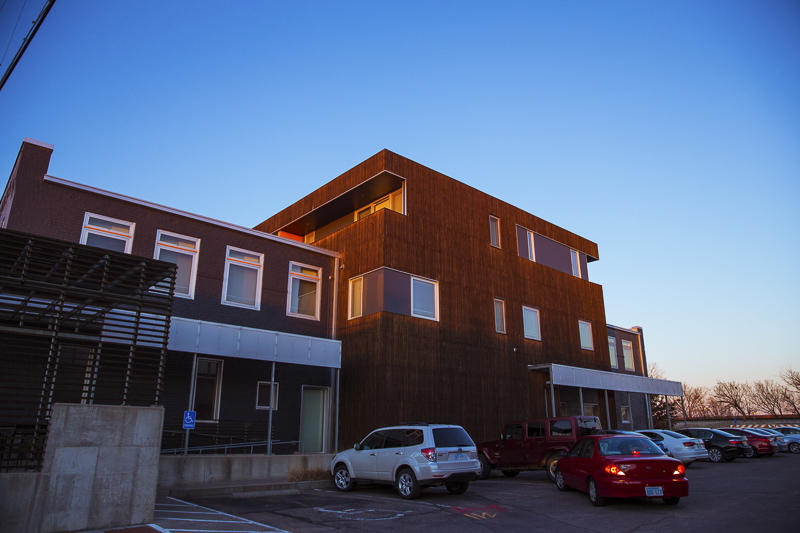 The Finn Lofts brought Scandinavian design to Wichita's Commerce Street, offering a unique place to live for those interested in becoming a part of the arts district. 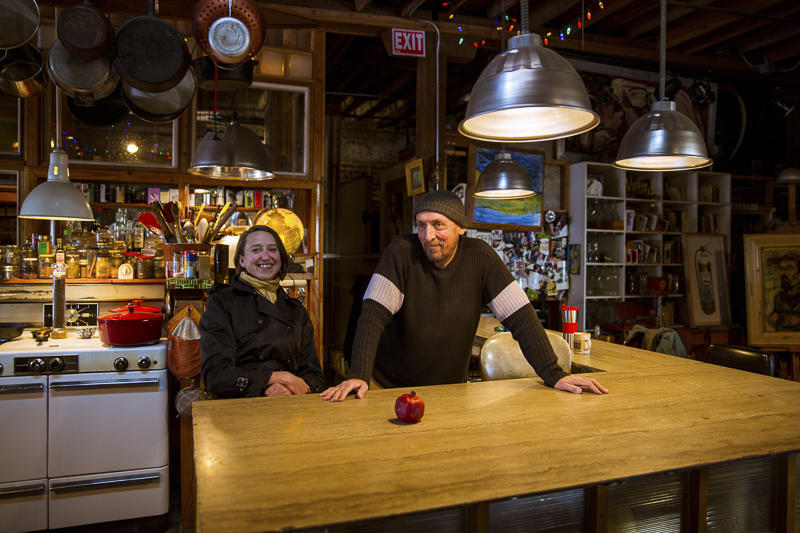 Artists Elizabeth Stevenson and Patrick Duegaw show their living space located above the Fisch Haus gallery space. Stevenson, Duegaw and several other artists have called the warehouse home far before the area was ever considered a mixed-use district. 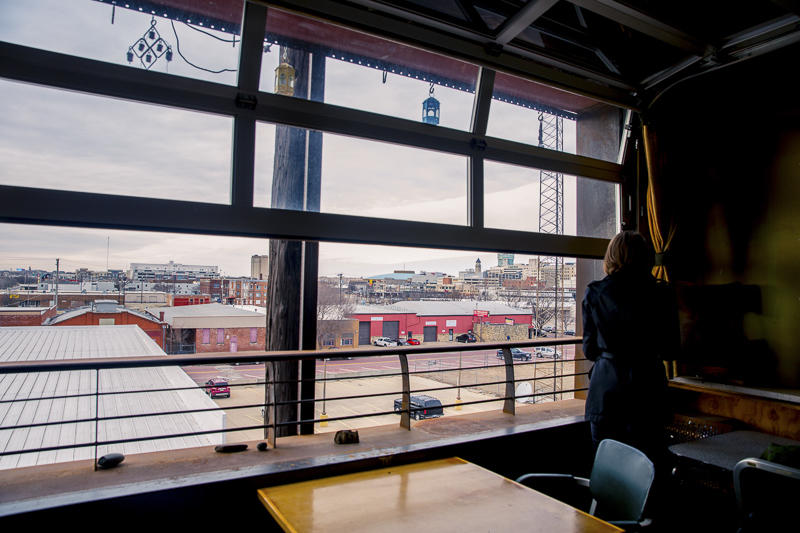 Elizabeth Stevenson shows her view of Commerce Street from her patio area in her Fisch Haus home. Stevenson and Duegaw both split their time between studios in Wichita and Montréal. 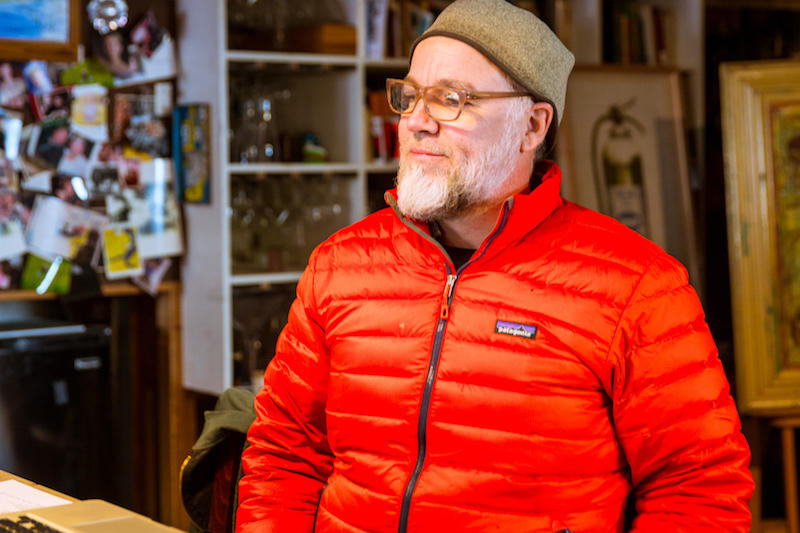 Artist Kent Williams sits at the kitchen island of Stevenson and Duegaw.


Commerce Street is proof that a vibrant identity can form in the most unassuming of places. The artists at Fisch Haus did not necessarily set out to create a mixed-use district, yet their tenacity in supporting the area led to one of Wichita's most unique districts — one that continues to draw new artists, businesses and residents alike.

In order for Wichita to create a unique identity we need the support and ideas of not just the government officials and large businesses driving our economy, but also the artists, small businesses, low-key workshops and gallery spaces making up vibrant districts like Commerce Street.


Thoughts, suggestions or comments? Check us out on social media or send us a message