In this installment of Startup Diaries, Vytal founders Spencer Steinert and Jared Goering talk about the importance of setting a strong culture. Check out previous diary entries to learn more about Spencer and Jared, their team and their vision to change the world. 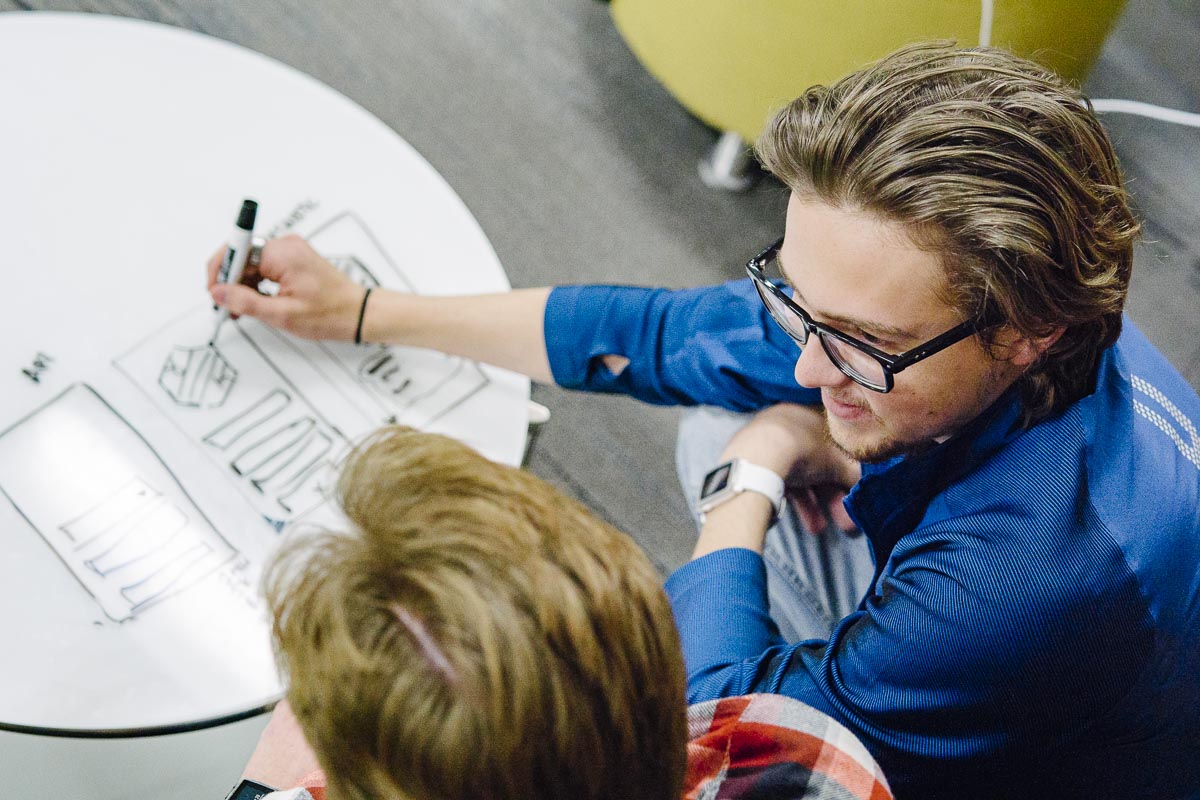 A company's culture is the one aspect of a business that is entirely controllable. It can make or break a company, but it often goes overlooked. At Vytal, we understand the importance of culture and take it seriously.

Wikipedia defines organizational culture as having to do with the "behavior of humans within an organization and the meaning that people attach to those behaviors." This includes factors like company vision, values, norms, systems, symbols, language, assumptions, beliefs and habits.

The people and relationships that are part of a business act as a vector and the direction your company is heading is the resultant of all of these vectors. If you have just one vector misaligned with your goal, it will pull the business in a different direction.

We have put a lot of work into placing our values, vision and mission statement into the DNA of our business. With Vytal, these things center around helping people with technology and, as we put it, "making cyborgs."

We have also instilled a sense of move fast and work hard. This sense of urgency comes with the type of technology we are working with and the ultimate goals we have for our business. In health technology, speed to market is critical. Every day we aren't on the market, people are getting injured or are dying unnecessarily. This might seem a little heavy, but it motivates us to continue getting up early and pushing through the tough times.

It has almost become cliché, but one thing that is extremely critical to us is having openness and a lack of hierarchy throughout Vytal. Instead of it being "our company" and "you work for us," everyone should feel like they have a personal stake in the success of the company. We should all be on the same level so that if anyone we work with disagrees with something we are doing, they can openly challenge it.

Culture fit is more important than talent. You can have the smartest person in the world on your payroll, but if they can't work with other people and don't align with the goals of the business, they're useless.

Another thing we've tried to keep at the core of the company is the freedom to explore any idea you want — whether it directly applies to the business or not. Even though Vytal is the core business, we currently have four projects going that are all in completely different areas — from technology education to space exploration.

To make progress on each project, it really comes down to planning and resource allocation. We have up-to-date, separate to-do lists for all the projects and time allocated during the day for each project. At the beginning of the day, we look at what is time-sensitive and what is most crucial and rank the objectives on the to-do list based on that. The second part to that is creating timelines for the month, the quarter and the year for each project and ensuring we stick to it.

As our business grows and we bring on more employees, we will carry these values forward. One analogy we use when talking about how to manage a large group of people is the "Star Trek" method. Basically, you have the heads of different departments meet on the "bridge of the ship" to work together toward a common goal or solution.

Ultimately, the culture of a business comes down to the values instilled at the founding and the people who currently comprise the team. That's why it's so important to ensure new employees fit into your culture. Culture fit is more important than talent. You can have the smartest person in the world on your payroll, but if they can't work with other people and don't align with the goals of the business, they're useless.

We're excited to see our values imparted on more and more people as we continue to expand. We will carry what works into other projects and continue to perfect the process and ideology.